Hey, it was Sean's birthday yesterday. 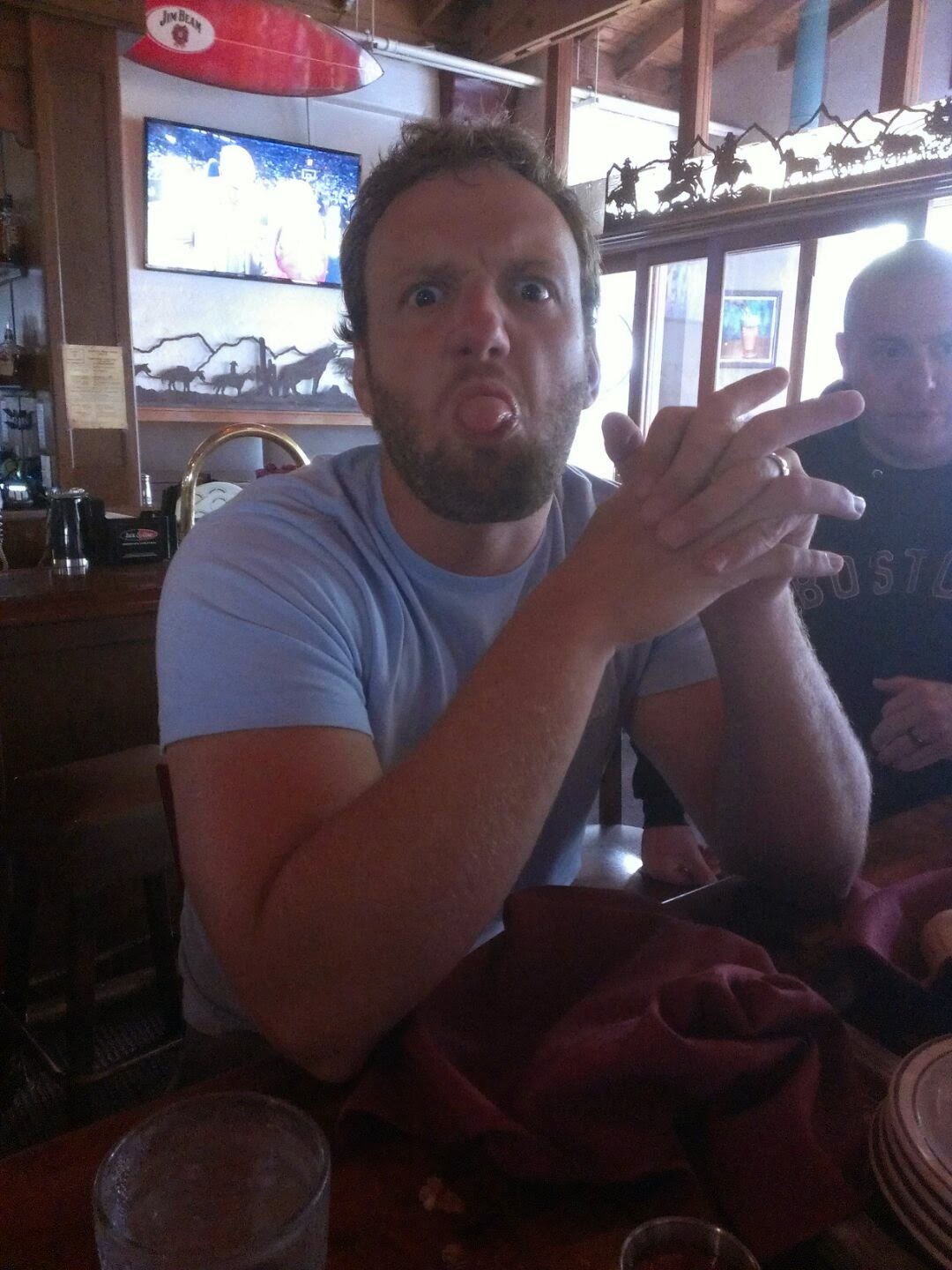 I told him to pose for a birthday picture. He did this. I told him I was posting it. I think he didn't think I meant it.

The big 2-8. Sean was being all drama about it too, how he feels so old and he doesn't like getting old and his life is over...I told you, drama. Then my uncle the mathematician (actually) told him 28 is a perfect number because the sum of its factors add up to it. I think it made him feel better? Sean is mathematically-minded. I'm literary-minded. Opposites [attract].

On Saturday evening we had a bit of a party for the old man. Sandwiches, mac & cheese, beer - a few of his favorite things. 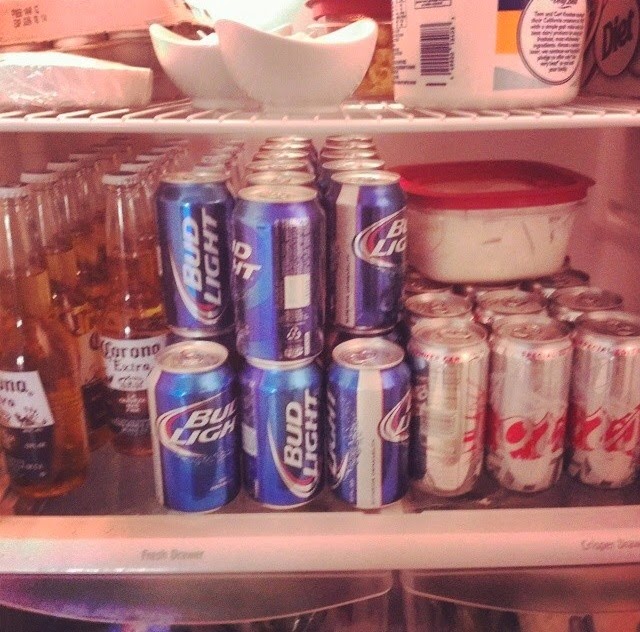 Sean opened the fridge and he allllmost cried. (See: this commercial.)

It was super fun and pretty chill, much like the subject of the party himself. We dipped into the hot tub, talked on the patio, and busted out some beer pong. I know, I know, we're getting too old for that right? If there's one thing about Sean though, his interests don't expire with age. The guy has seen Top Gun upwards of 30 times.

Okay and I am honestly the worst documenter of anything ever of all time. I took zero pictures with the exception of the first one in this post (a winner though it may be) and stole the rest from Kimmy and Sean. 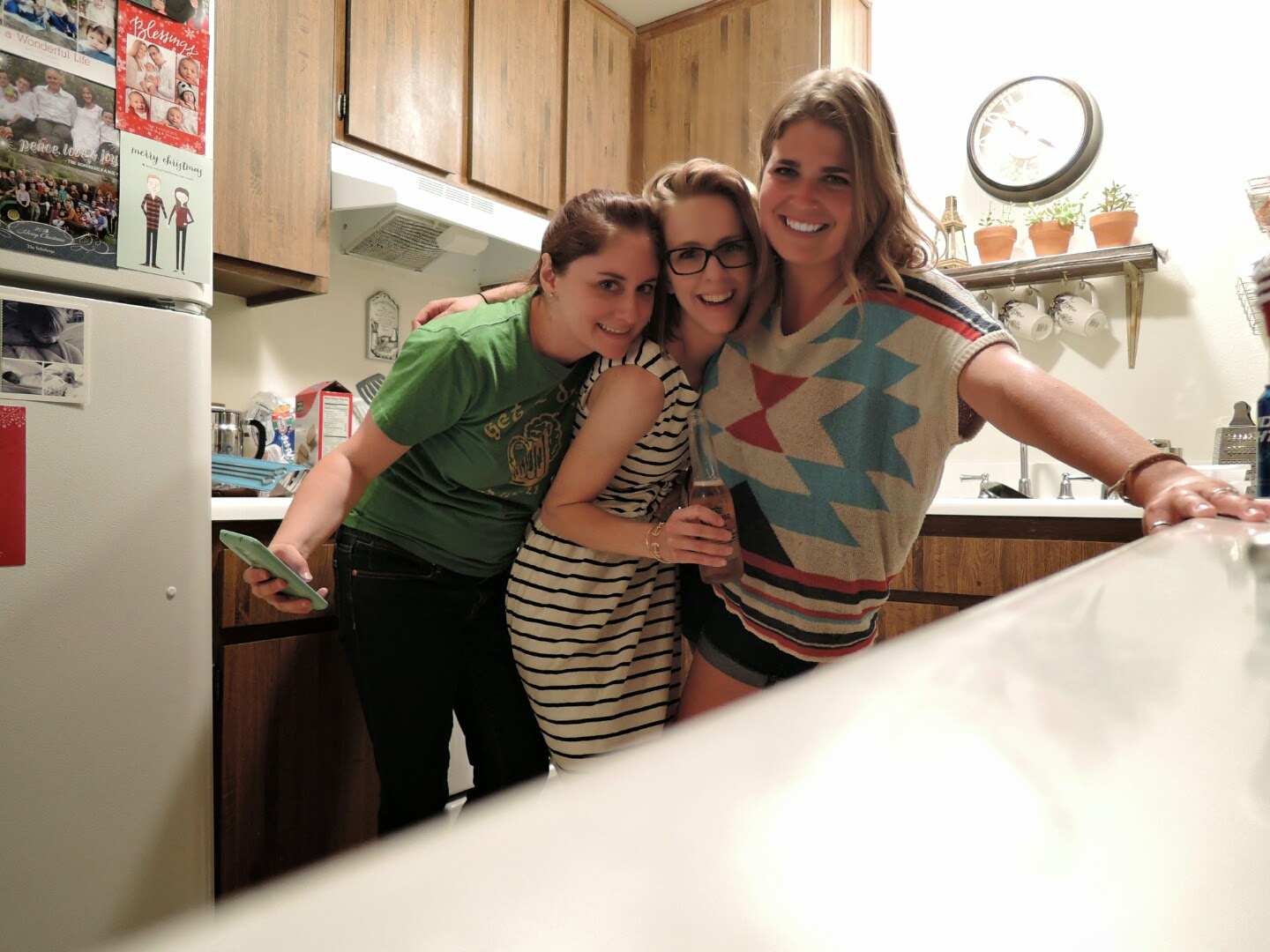 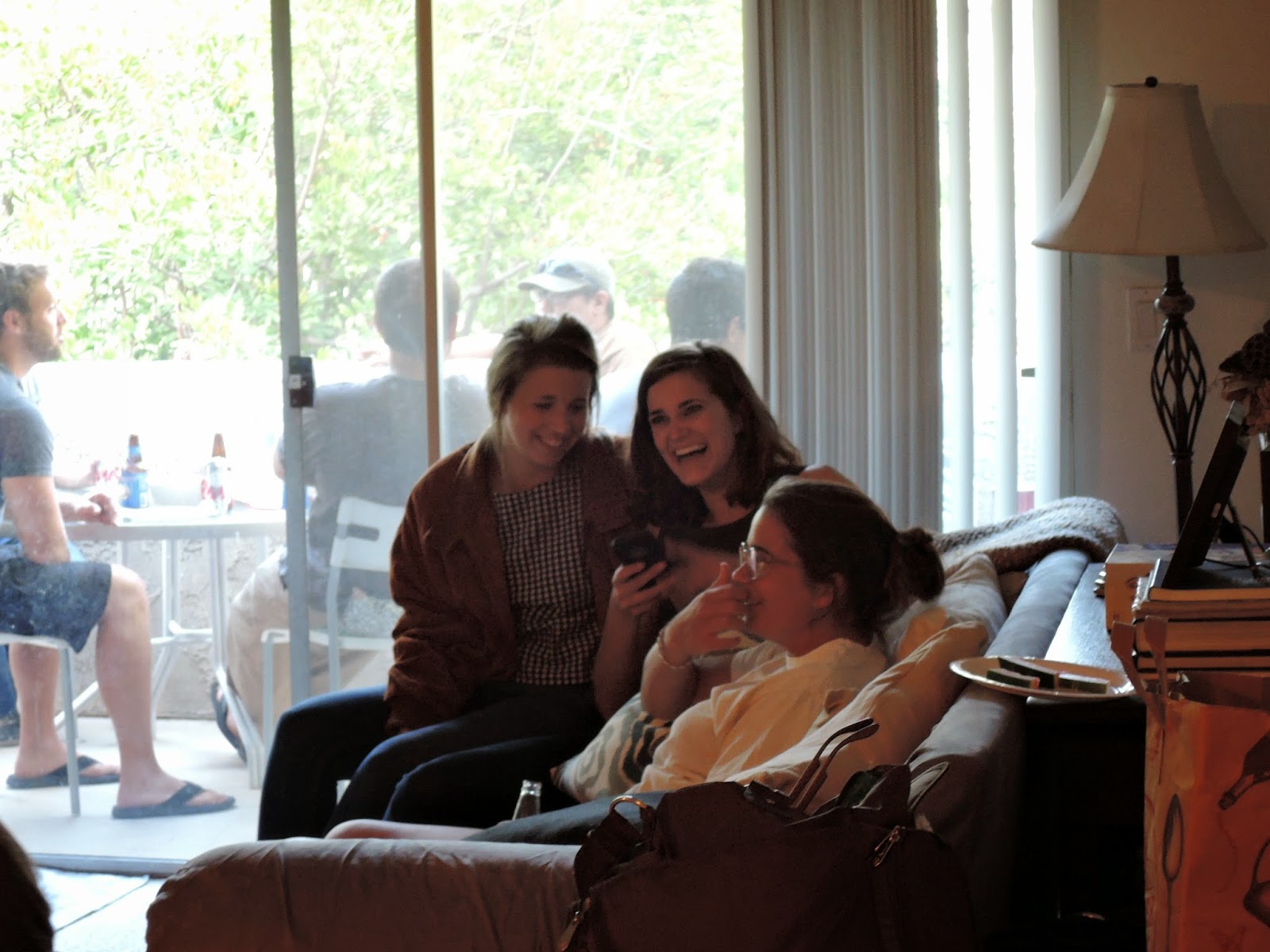 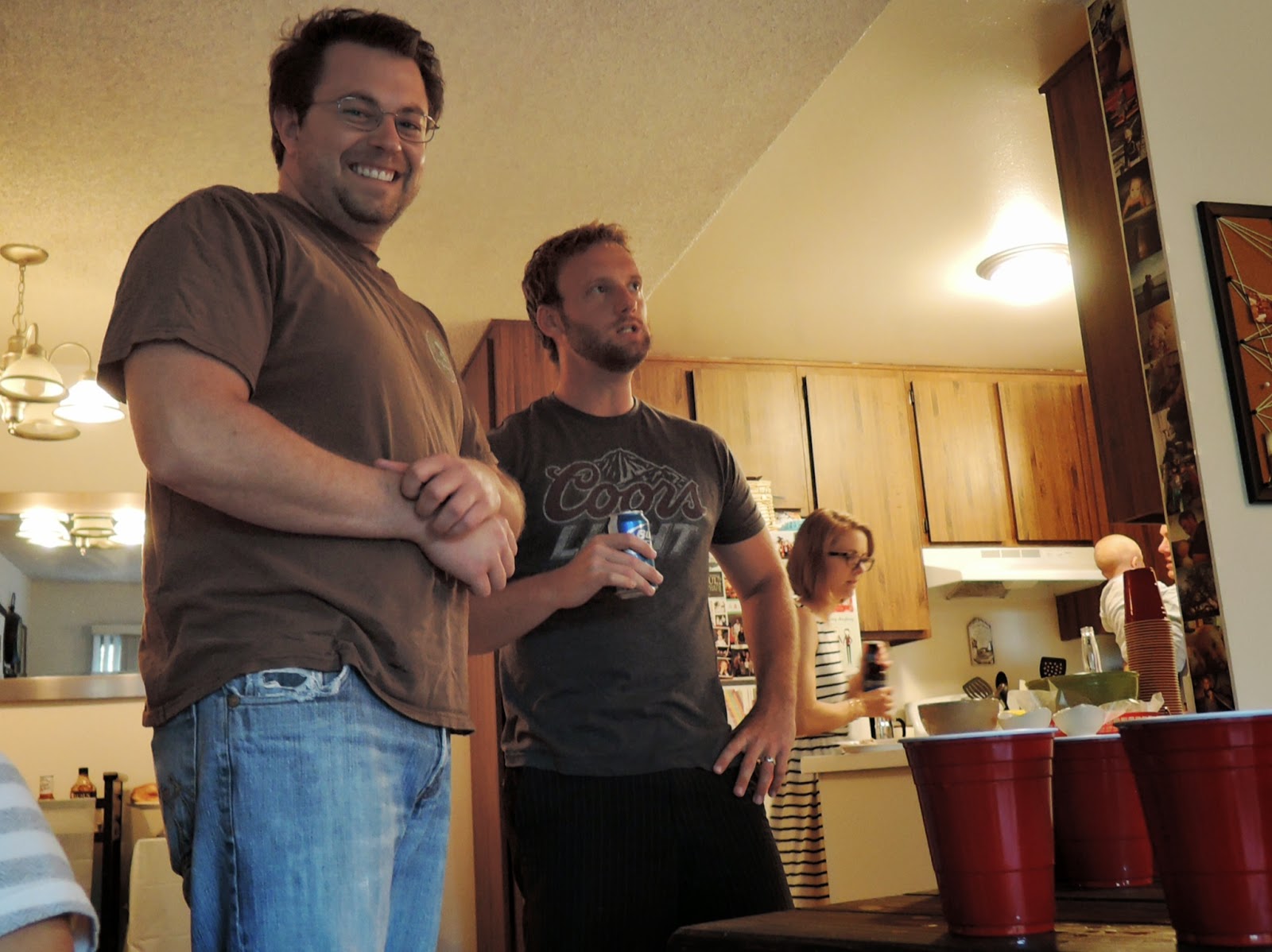 PS we're all hunched over kinda weird in that first one because Kimmy (on the left) is taking a picture from her real, actual, big-girl camera that was set on the countertop...with her phone. In her hand. My mind was blown.

Yesterday - the actual birthdate - was slow and easy and beachified. Like a dutiful wife, I let Sean take a Coveted Beach Nap (theeee best kind that there is) while I took the kids shoreside. And because I left my phone plugged in at home (please refer to worst documenter of anything ever of all time) I have no pictures of the pleasant day and pleasant(ish) dinner in which Weston decided to put on his difficult pants. (Jordan was the most angelic she's been since...almost ever, so it was a wash.)

In the craziness of party prep and beach day, I did not wrap Sean's presents at all. I handed them to him unceremoniously. But I really loved one of the presents I gave to him, and it wasn't the Corona boardshorts from Target. Personal Creations was so kind as to send along the cutest little engraved cutting board: 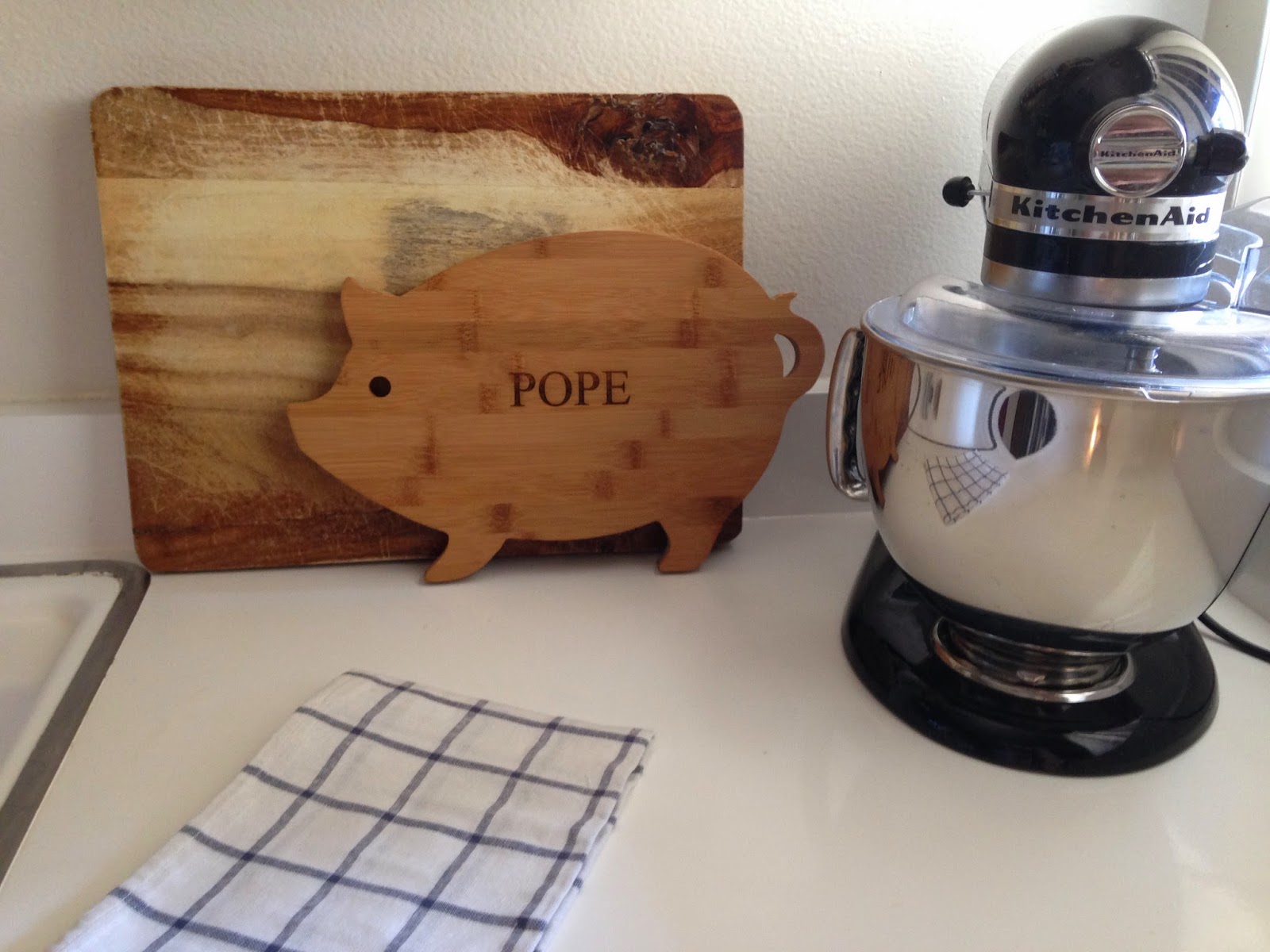 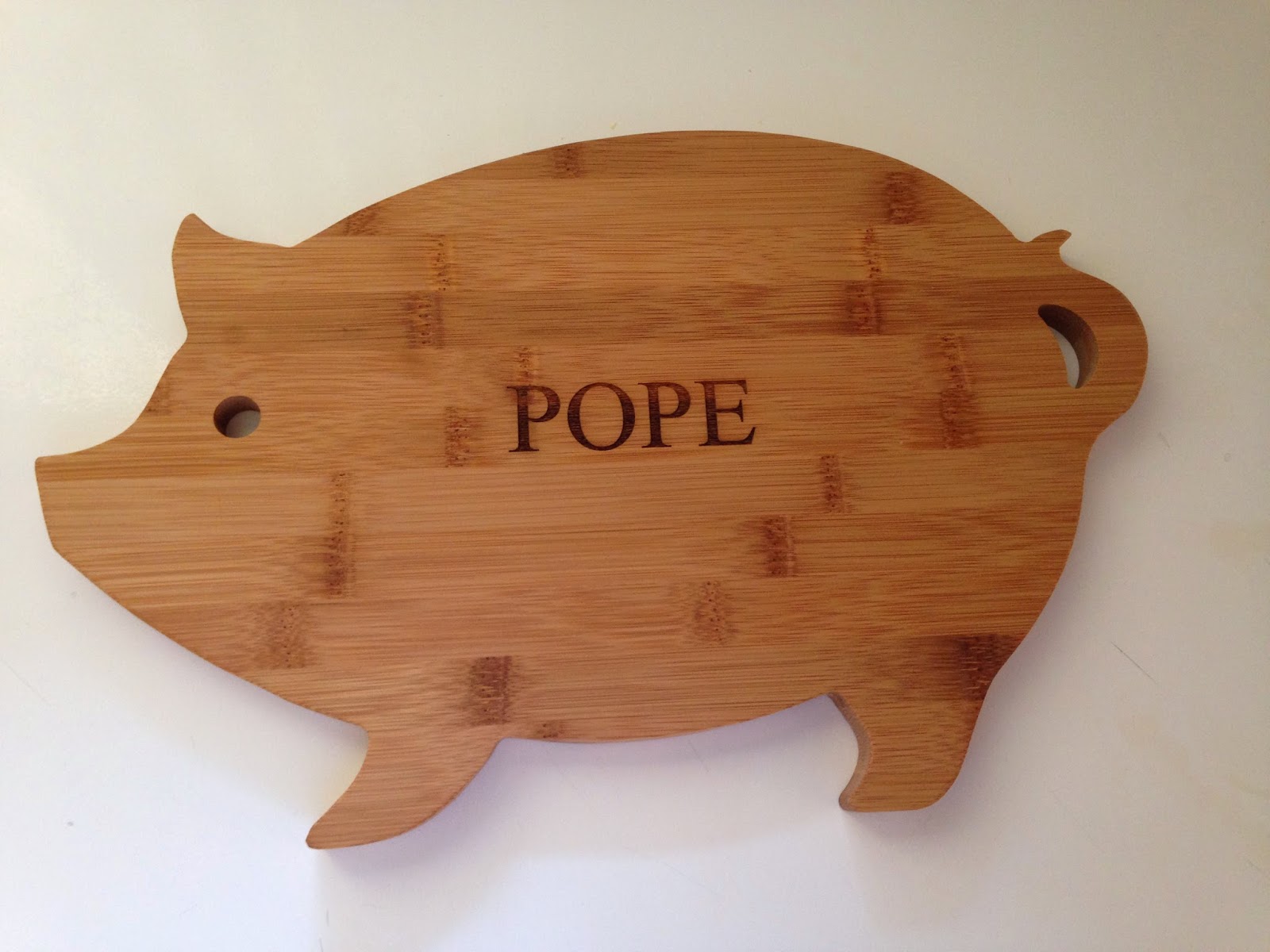 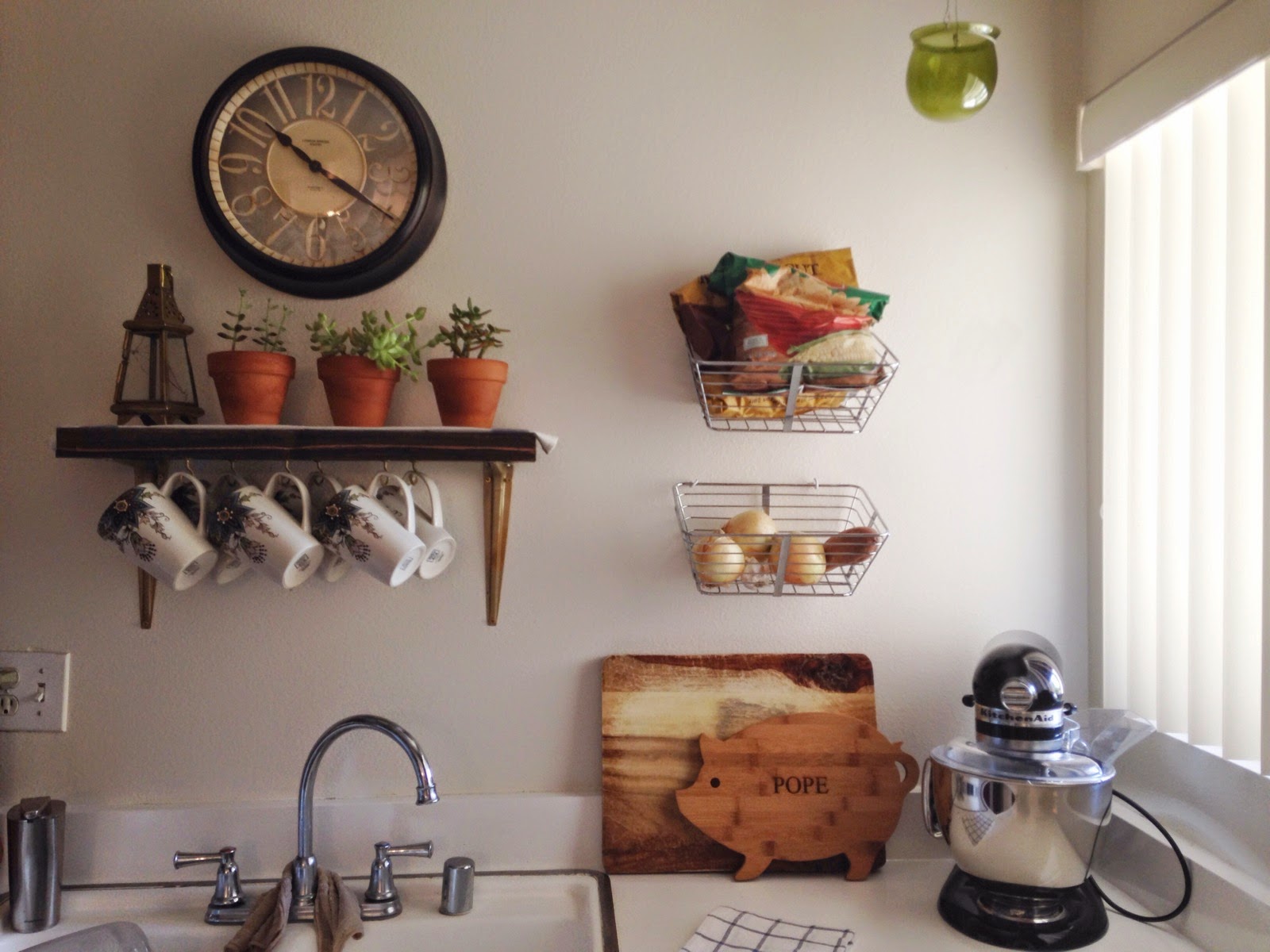 which is actually quite perfect since Sean - resident BBQ-er - is constantly stealing the cutting board I use for veggie & side prep to season uncooked meat. Cross contamination!! Inconvenient sterilization!! And so now he has own ("you has ya own" as Jordan is wont to say when I snack off her plate) and it's cuter than mine. Maybe I'll switch him.

(You should head on over there and check them out because they have some super great ideas for gifts. Their grilling section is just the picture of an awesome summer and I was halfway tempted to order this but to be honest, we don't host that many parties. The cutting board will get more use by leaps.)

A very very very happy birthday to my main man of almost 9 years. You're pretty old now, but like a fine wine (or maybe a Coors Light?) you better with age. I love you, boyfriend.
Posted by Jessie Pope at 2:15 PM 4 comments: