I was talking to one of my sisters recently, who is currently taking a child psychology class. I don't know why I never thought to take one back in my college hopping days. (I attended one..two..three colleges total. Not for extra degrees either. No doctorates here.) Psychology is fairly fascinating to me. Child psychology would be even more so, I think.

Anyway, my sister was telling me that personality formation generally takes place within the first three years of life. In other words, you can tell what kind of person a child will be - independent, generous, controlling, et cetera - by the time they're about three. Nurture notwithstanding, of course; traits can be attained through example and instruction and reinforcement, just as manners or reverence or whathaveyou can be learned and taught.

I had never heard of this three-year statistic, but danged if it doesn't make total sense. Jordan-girl, for instance: 100% who she is today as she was from hour one. She appeared physically fragile at birth 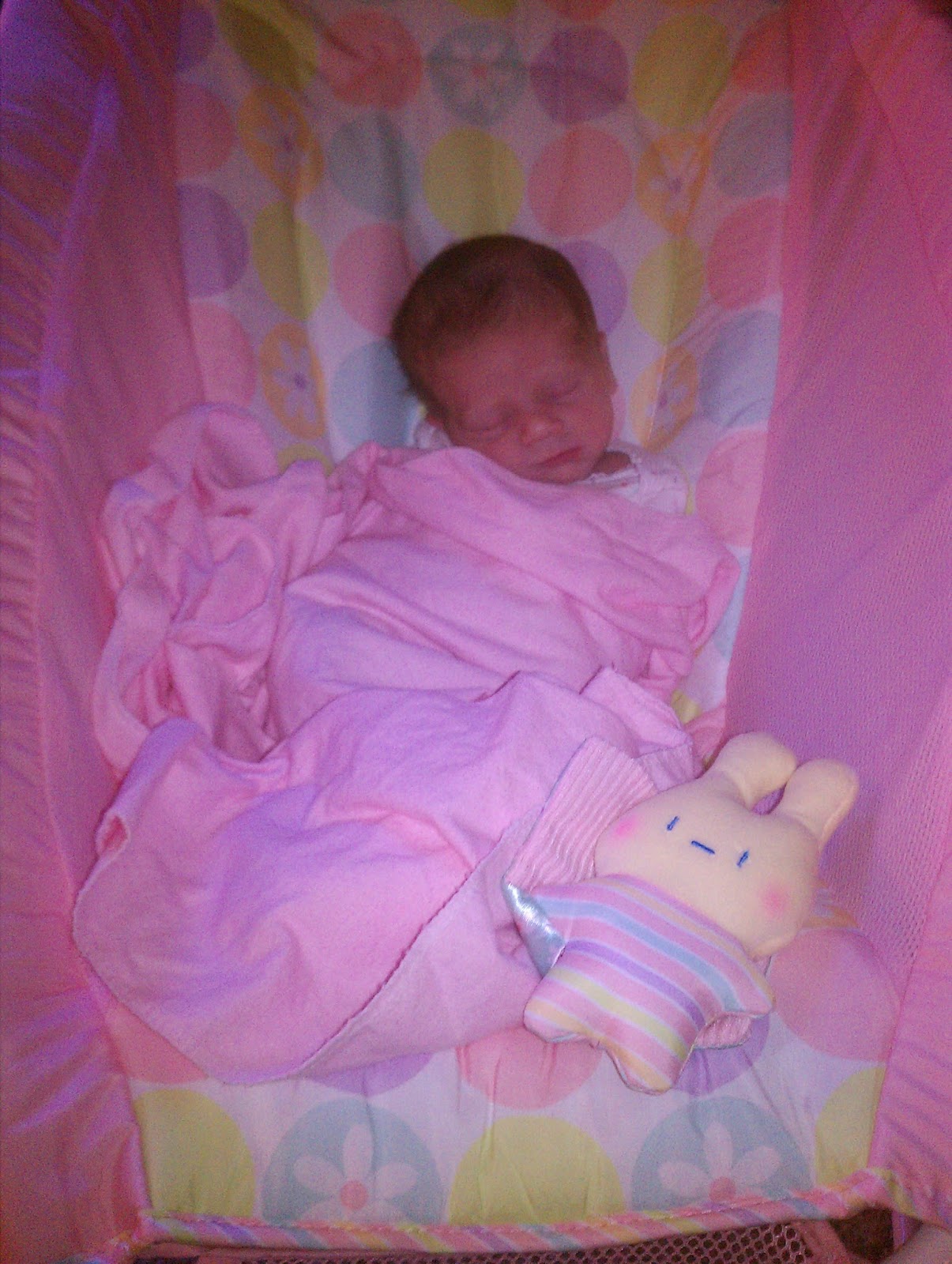 but it seemed as if she would never suffer an ounce of dependence in her life. She was alert, loud, willful and wonderful. Brown eyes that bored right to your soul, she had - and has. 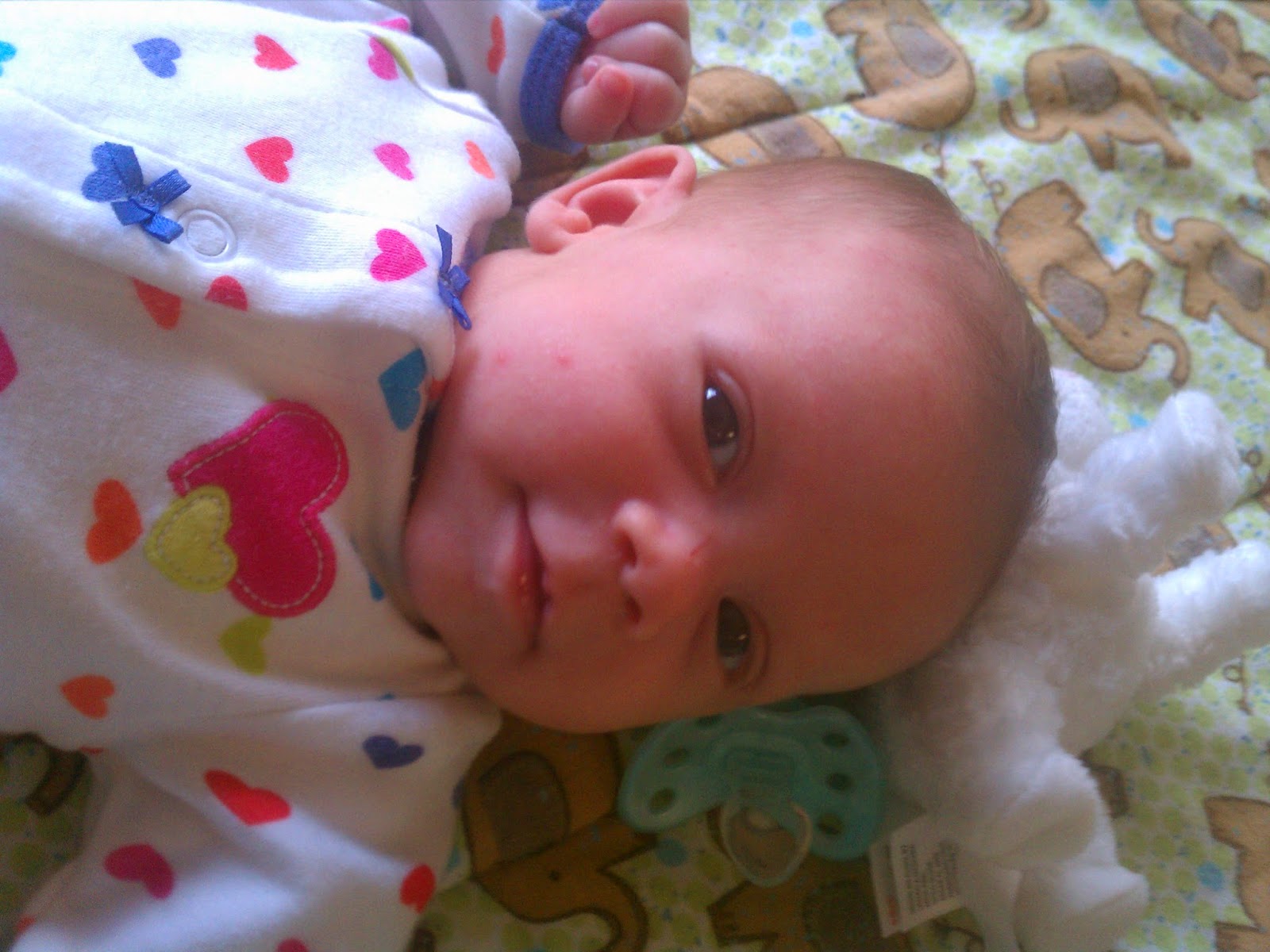 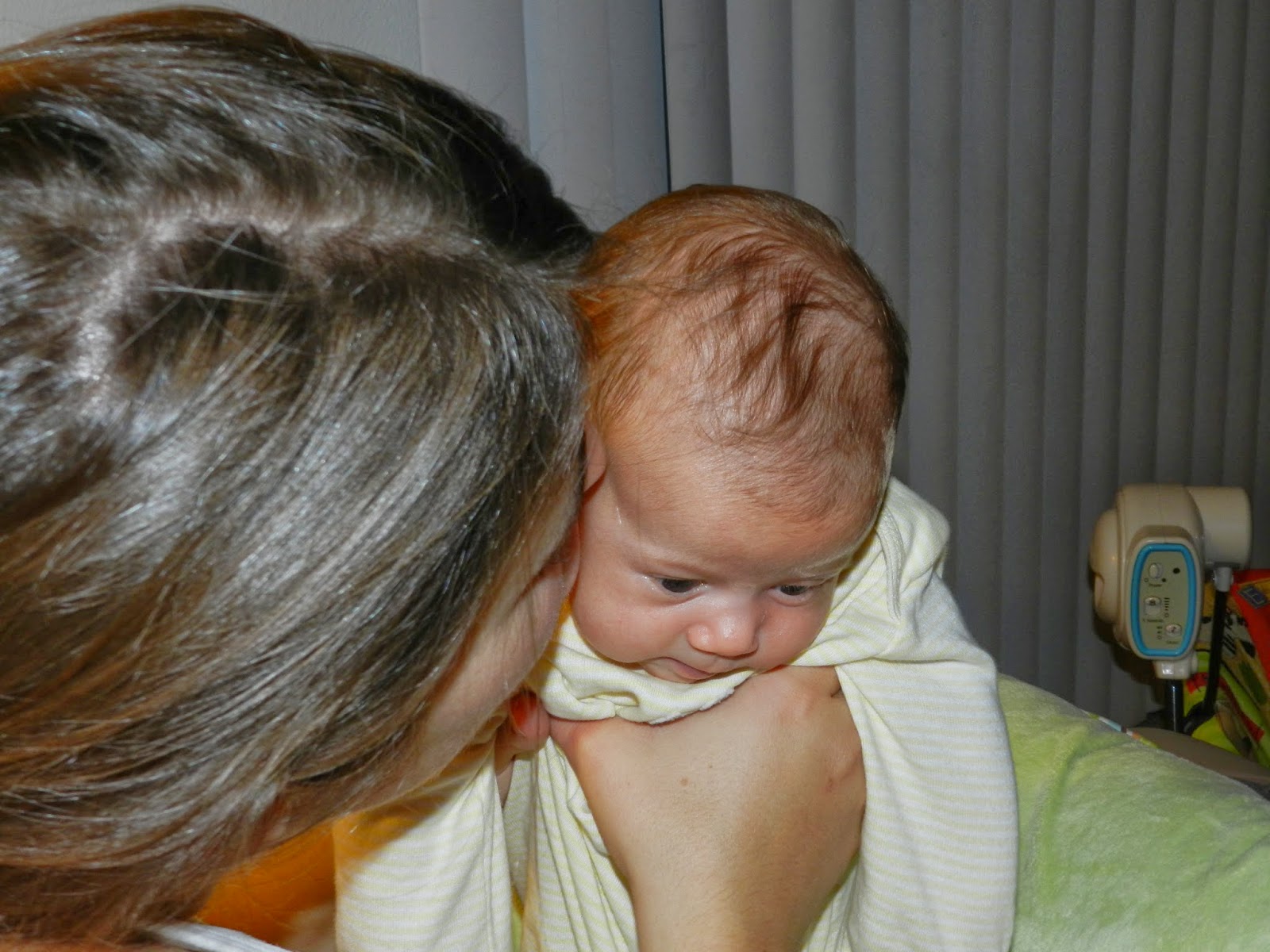 Jordan of yesteryear has seemingly only changed physically. Oh I know, we've hit a lot of milestones since then. She converses, skips, hops, jumps and sleeps in a big girl bed. But she 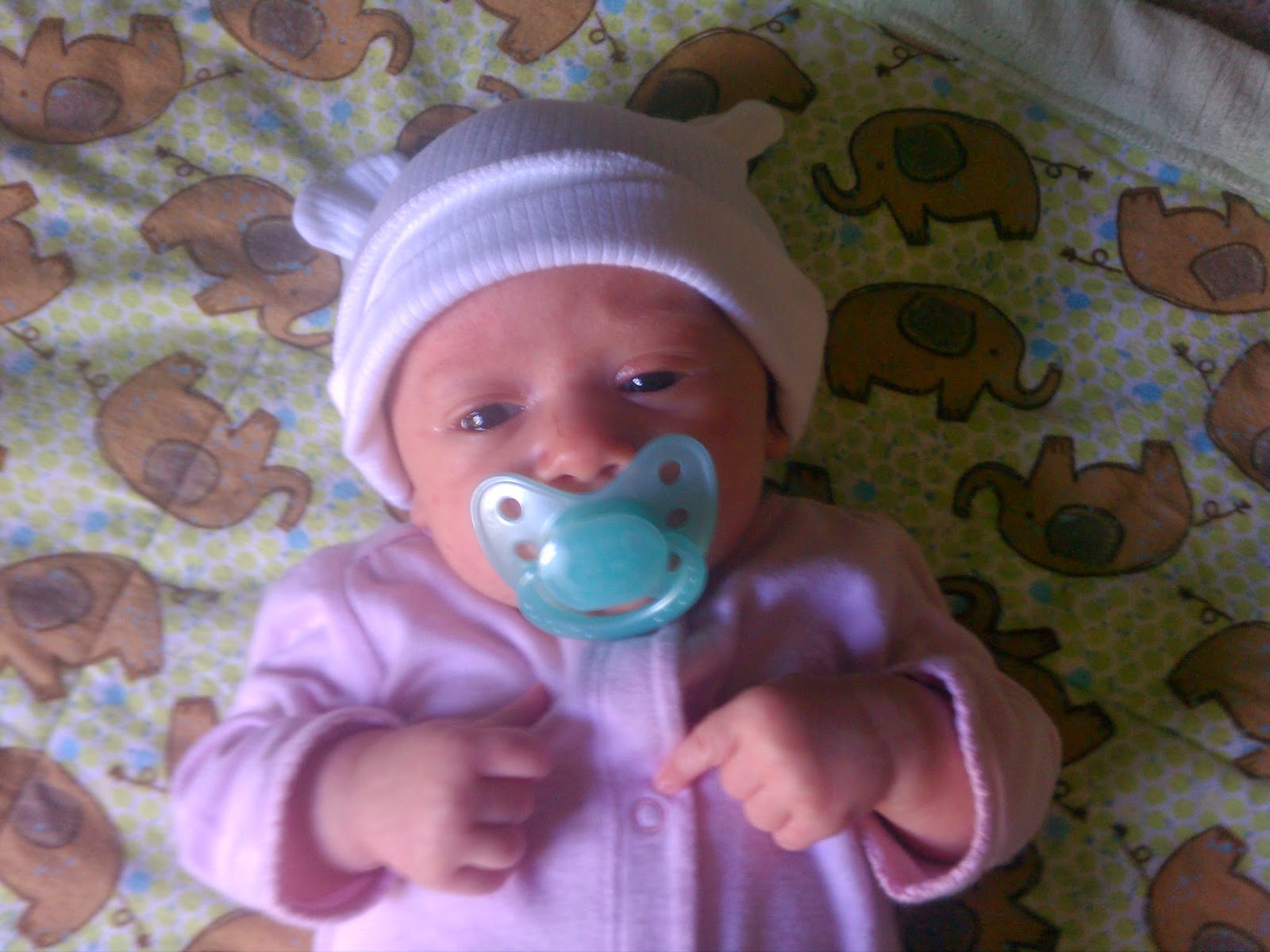 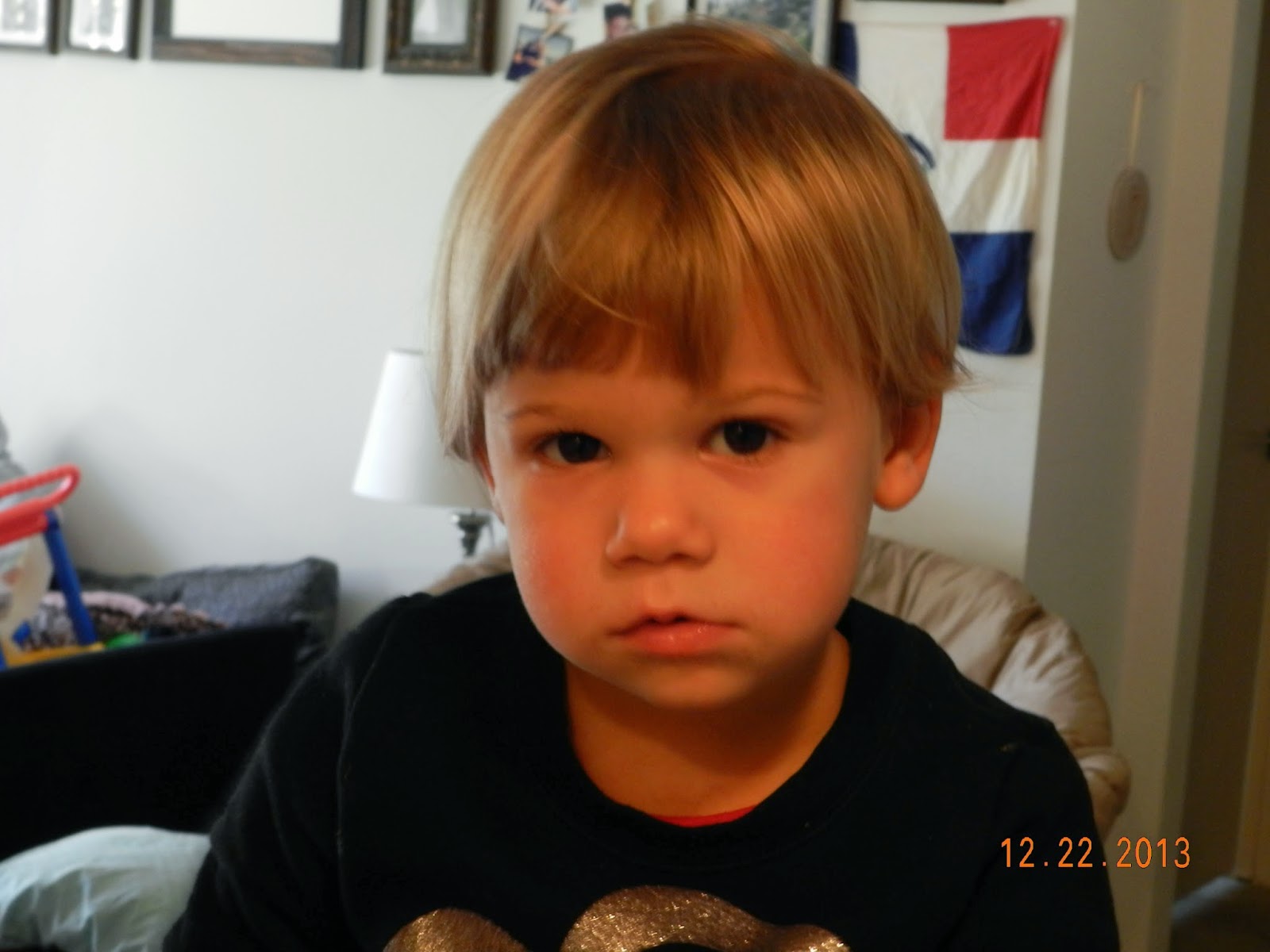 And West-O. You want to know my first encounter with ex-utero Weston? They laid him atop me in Recovery after my c-section, and he LATCHED. Like, hard. He found what he wanted with no direction and just knew he was home. 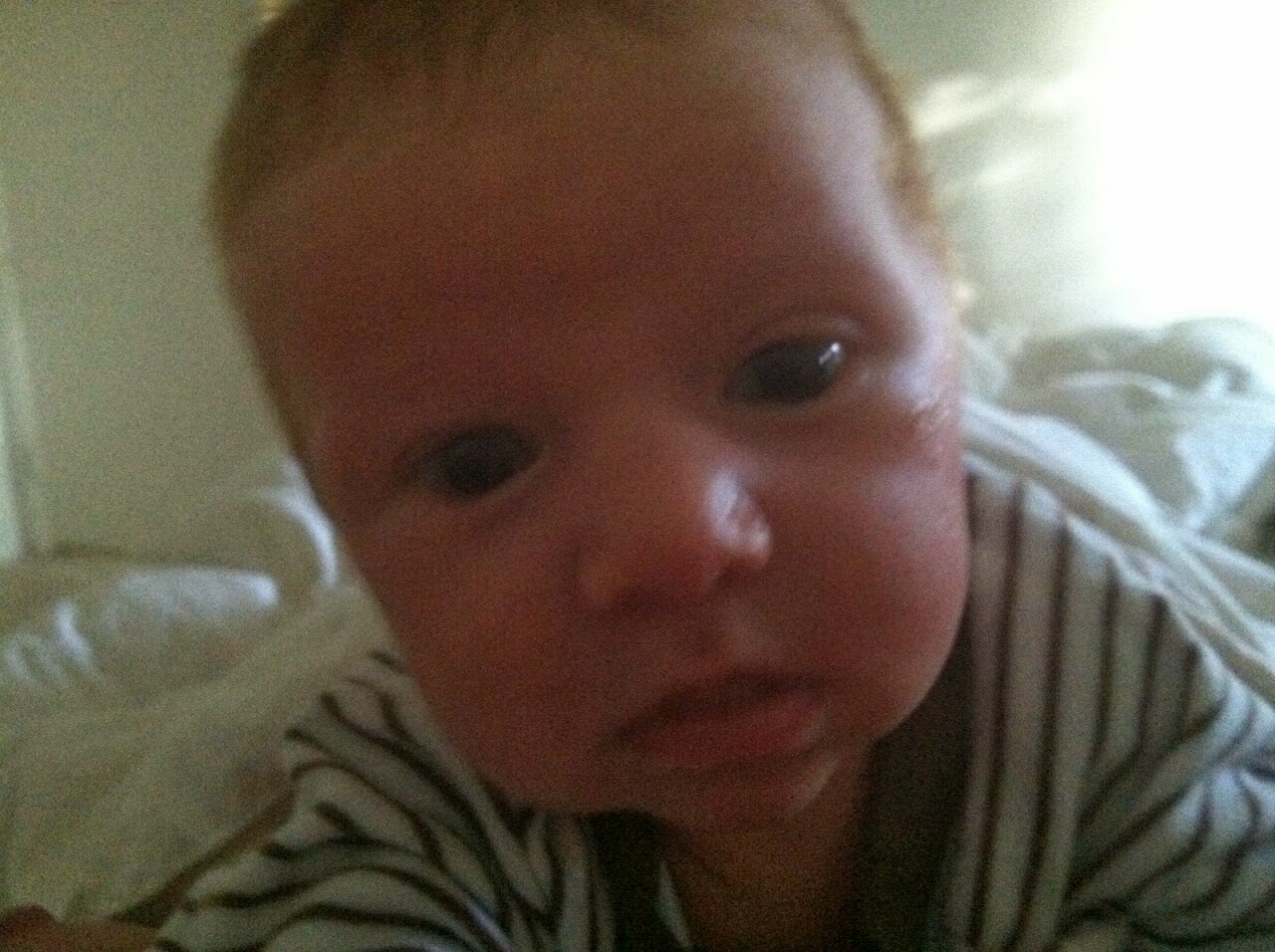 6 months later, if he's not within a couple of feet of me, he's fretful. The boy is a sweet, good-natured, dependent lover of his mama. 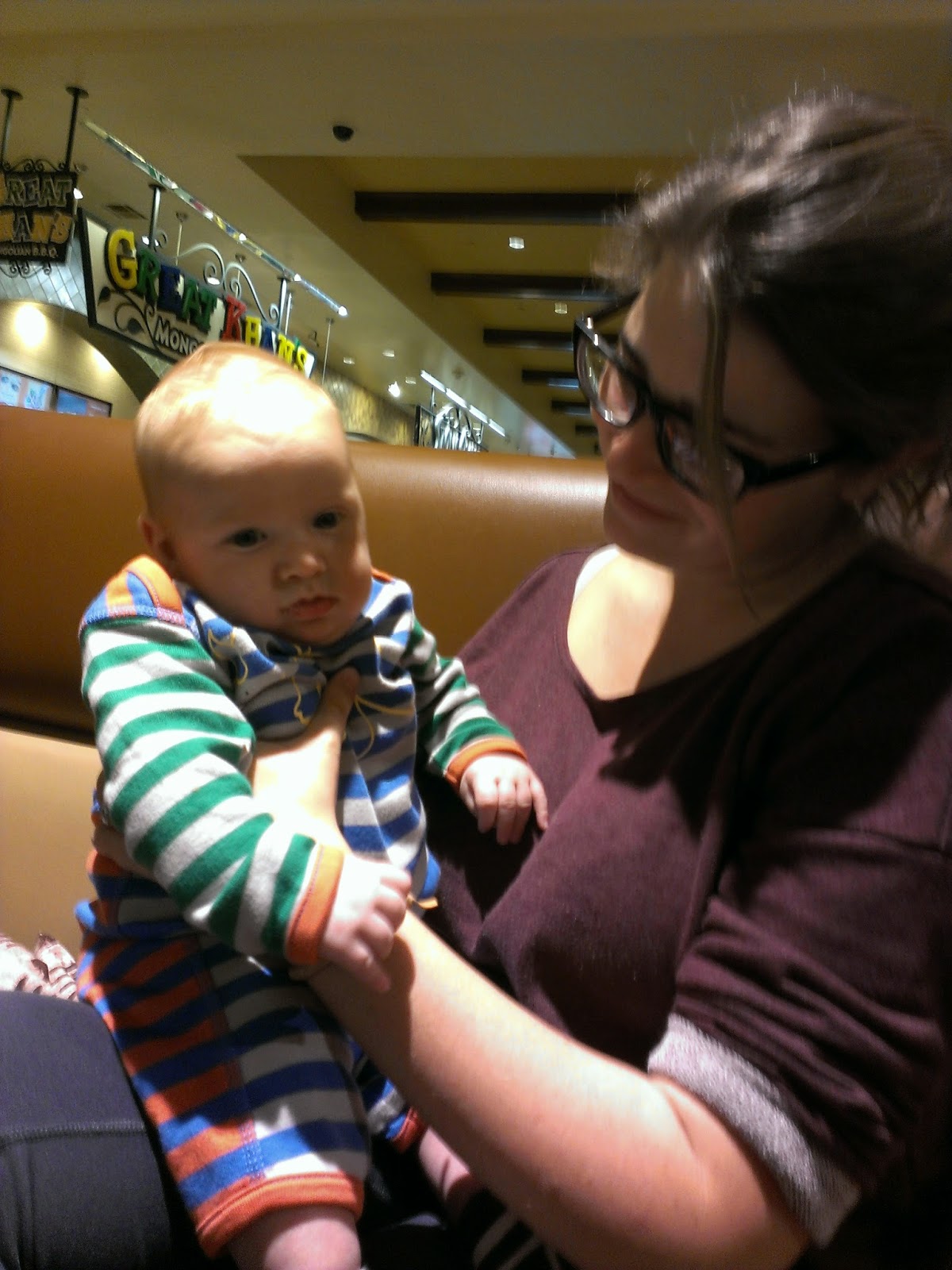 But more fascinating to examine is the sibling dynamic. Would their relationship be so totally different if they were both boys or both girls? Or if Jordan had been a boy and Weston a girl? I look at Jordan, maternal and concerned, but SO in charge and sometimes controlling nearly to the point of bullying. Every morning Jordan asks if Weston can play with her in her room. She pulls out the kitchen set for him and sits next to him and flips through her books. But if he grabs something that "belongs" to her, watch out boyfriend. I've seen many a (minor) abuse delivered that Jordan has had to answer for. Meanwhile, Weston looks on adoringly and confusedly while Jordan plucks a hair from his head or pinches a fingerful of his fat. He loves unconditionally, as does she, but she is the Alpha in the relationship.

*Somehow Jordan has become hilariously honest. If I don't happen to see something mean that she's done, but I hear Wes whimper, I ask her pointblank and she answers with soulful browns: "I pinch him." or "I pull his hair." Even though she gets punished, she never fails to deliver the truth.*

Occasionally their relationship reminds me of one in my previous life.... 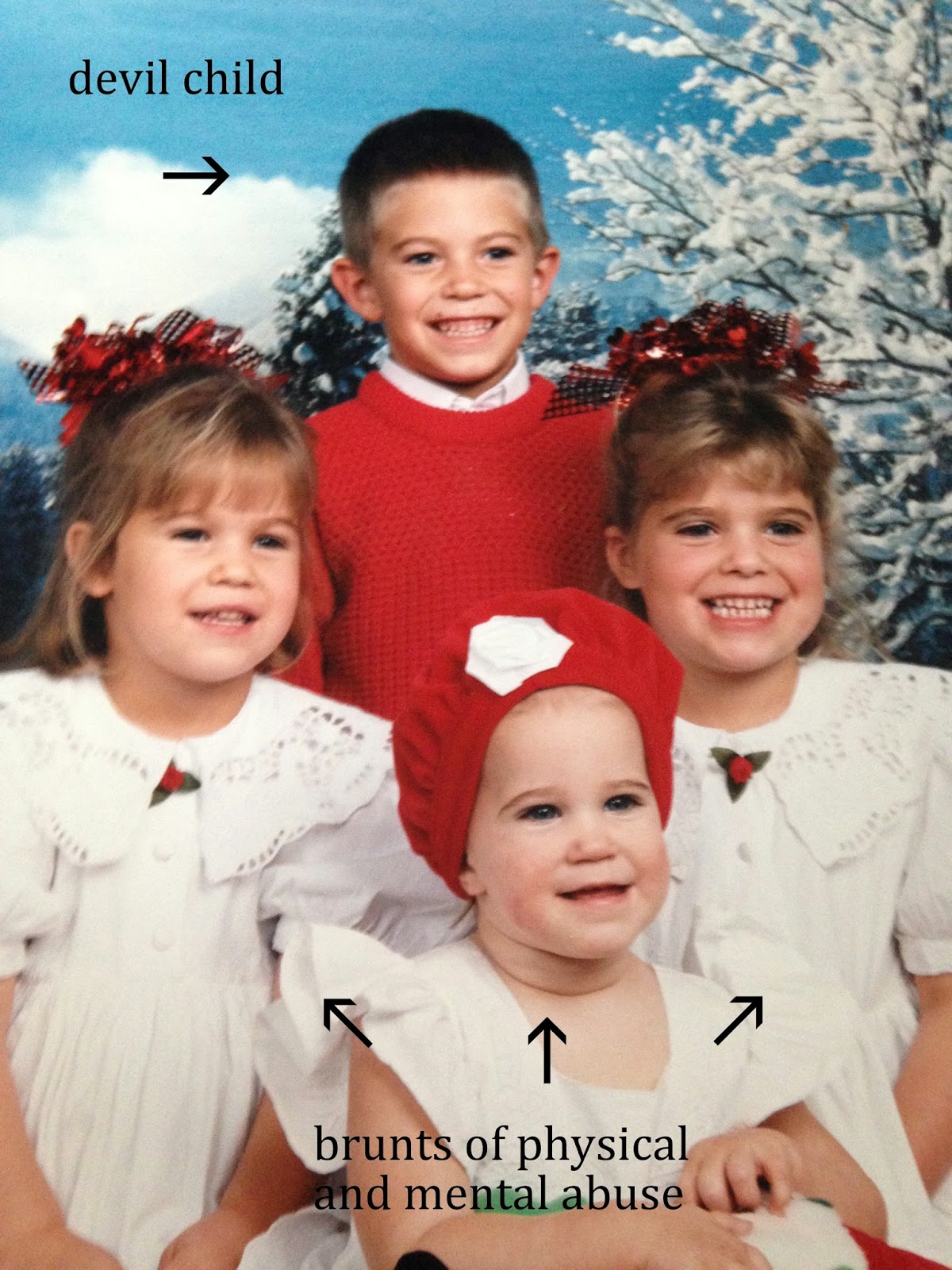 Fortunately, my brother Luke is a happy exception to the "your personality at three is your personality forever" rule because he was a BEAST. And I was definitely a Weston. I just sat there smiling like a three month old idiot as he sat on me and watched my face turn red to purple in consternation. Ok Jordan's not quite like how Luke was, thankfully, but she does like to exercise power and authority, as he did. Mostly they're in love with each other and there's minimal refereeing involved but we'll see how it goes once Weston discovers how to use his significant weight to his advantage. Unless he just turns out to be a gentle giant, which is entirely likely considering his passive personality. 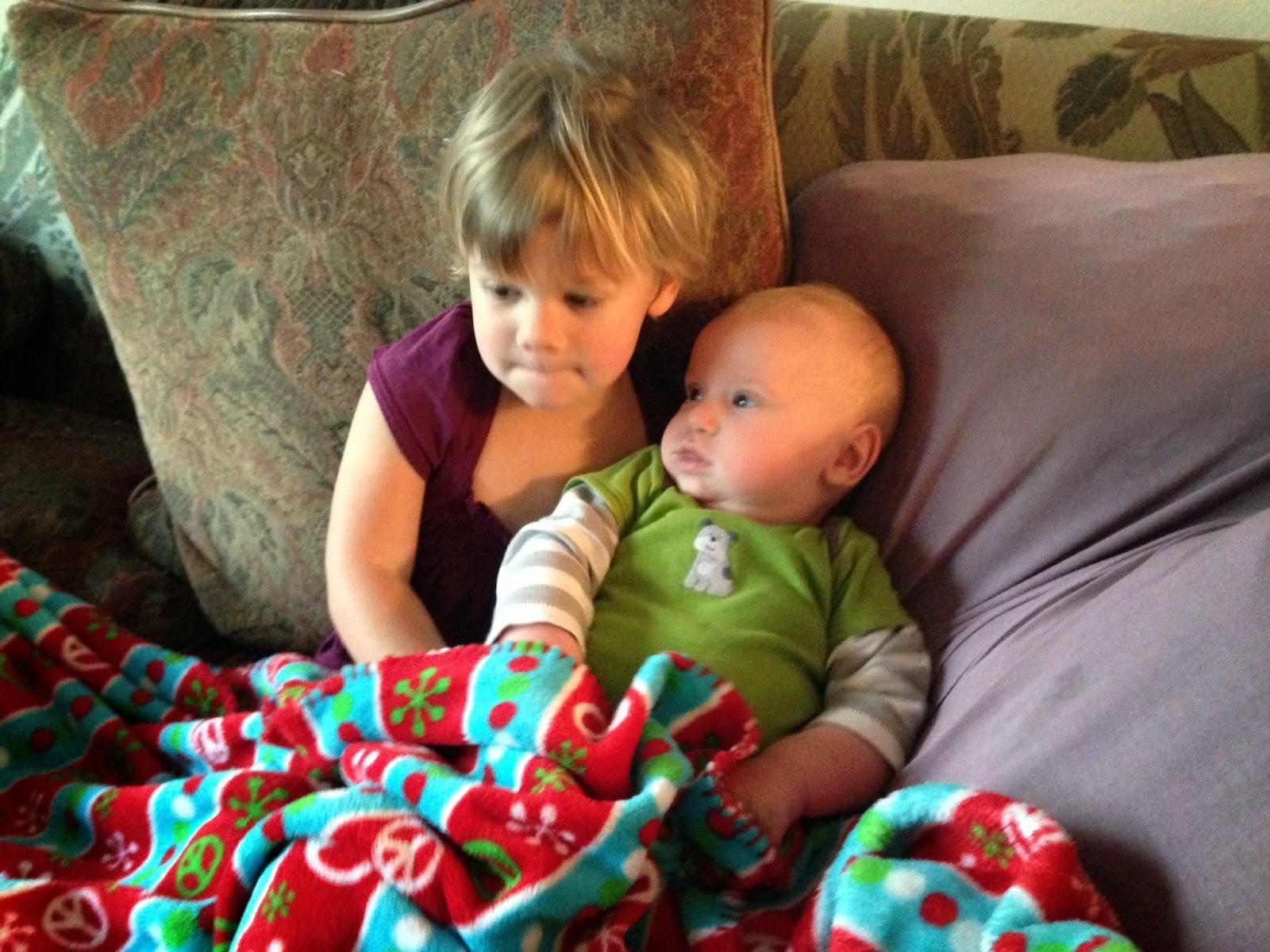 So tell me of your children's relationships with each other. Or your sibling relationships. I just think it's so funny the similarities and dissimilarities depending on age gap, sex, which sex came first, and all that. Am I the only one?
Posted by Jessie Pope at 3:05 PM 5 comments: 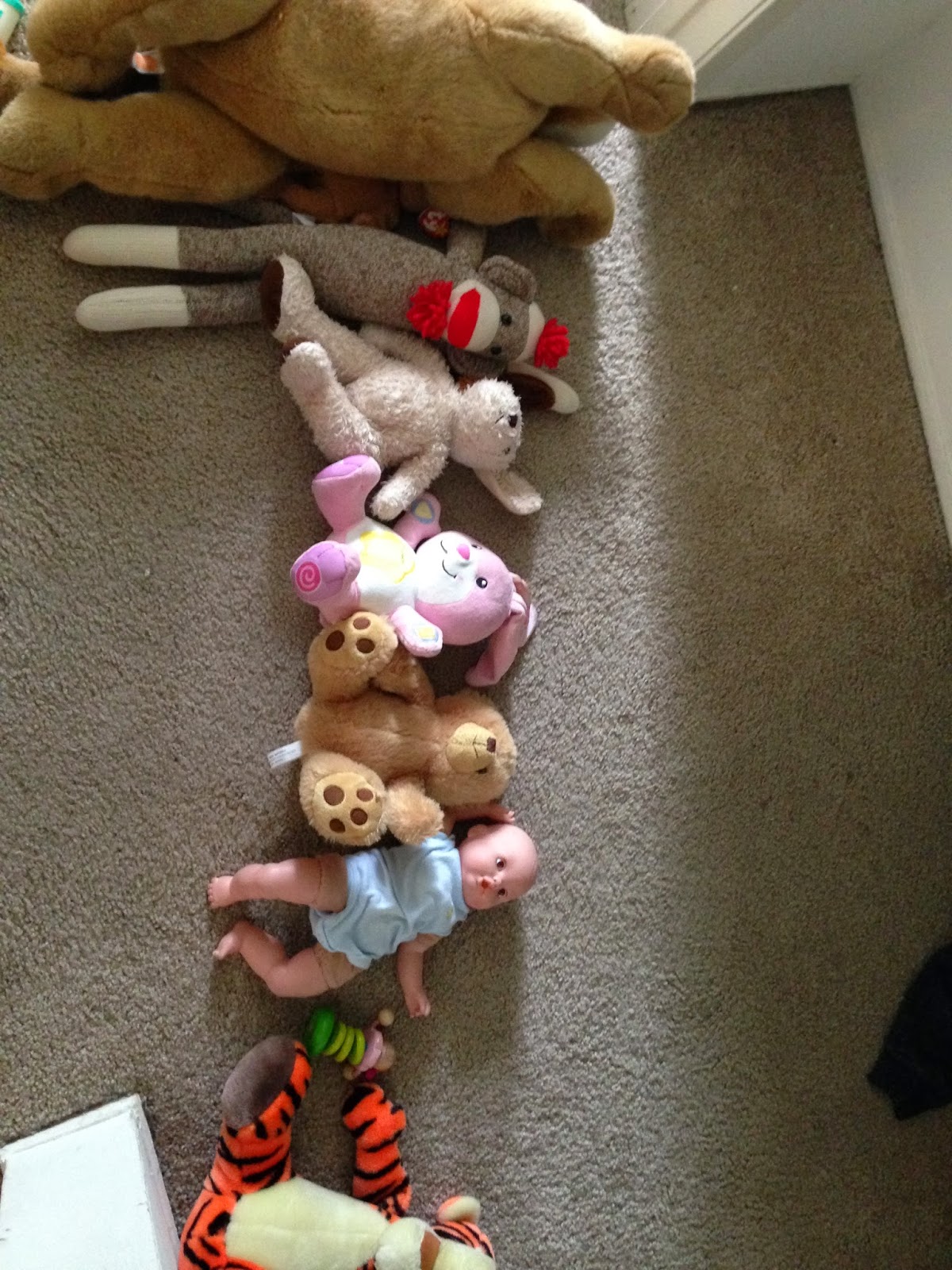 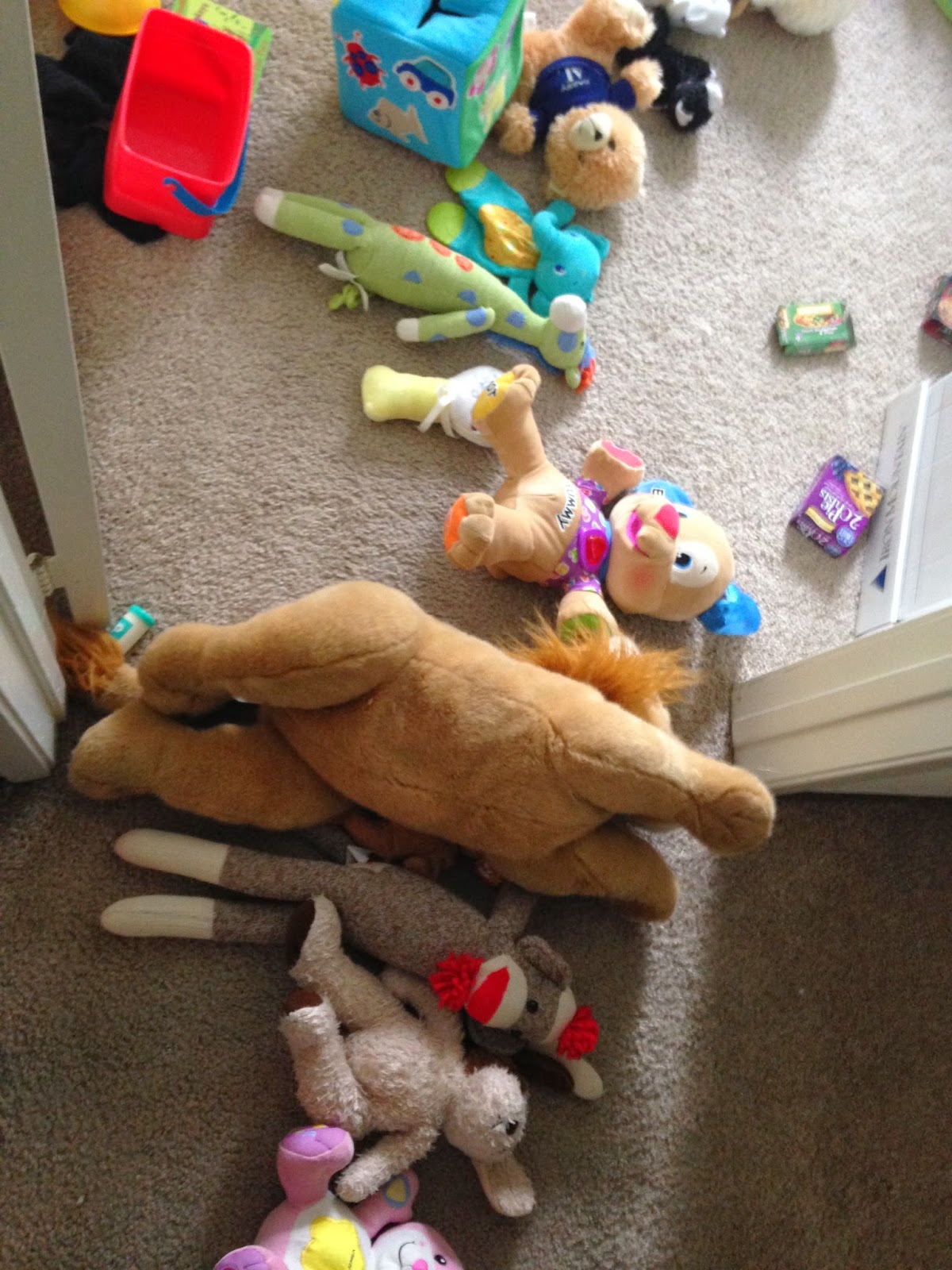 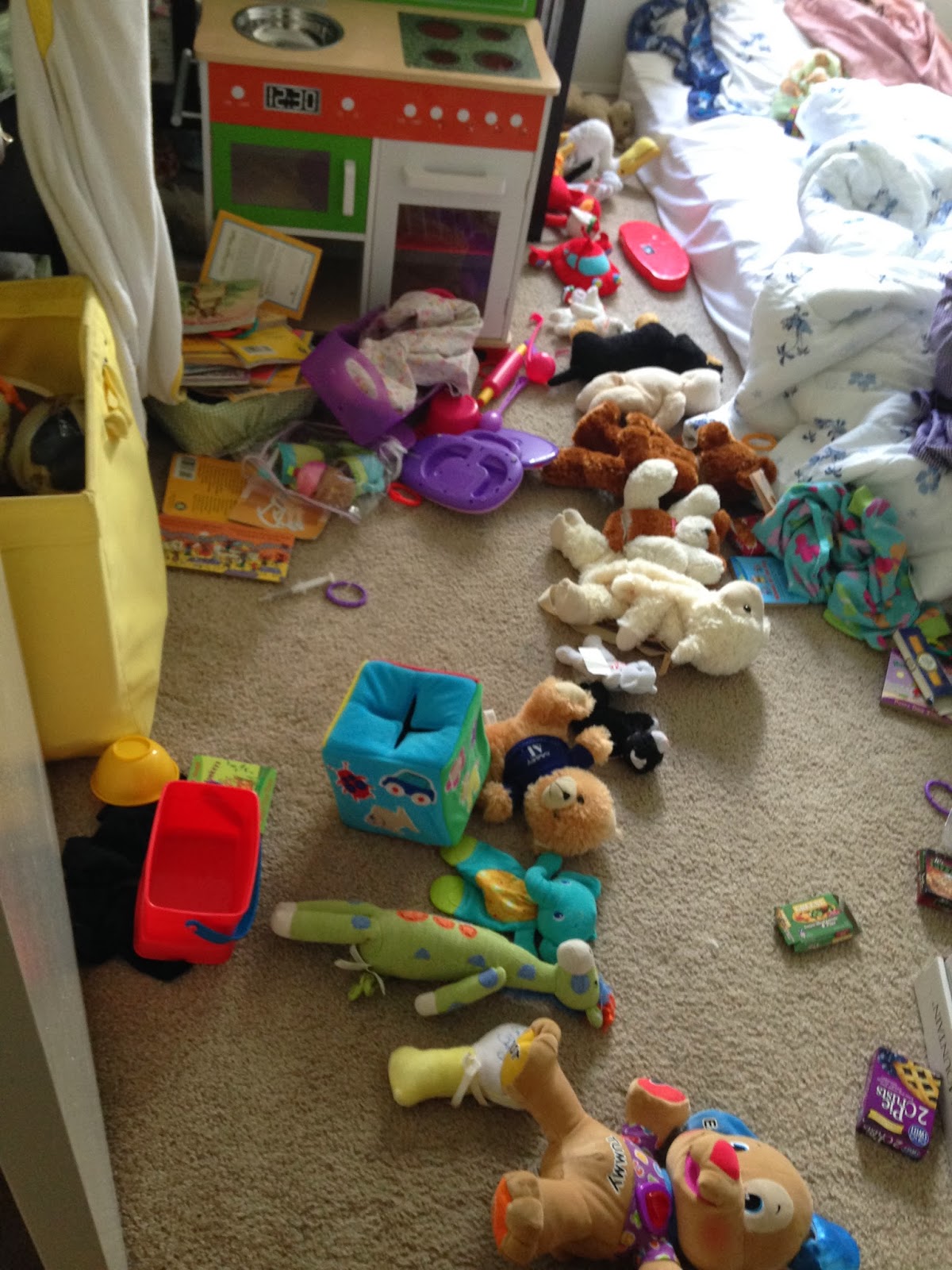 So, this happened. It happened in the ten minutes it took me to clean the kitchen after breakfast. The greater part of me thinks that this is hysterically funny. Jordan lines things up - it's her thing. Puzzle pieces, food pieces, shoes - 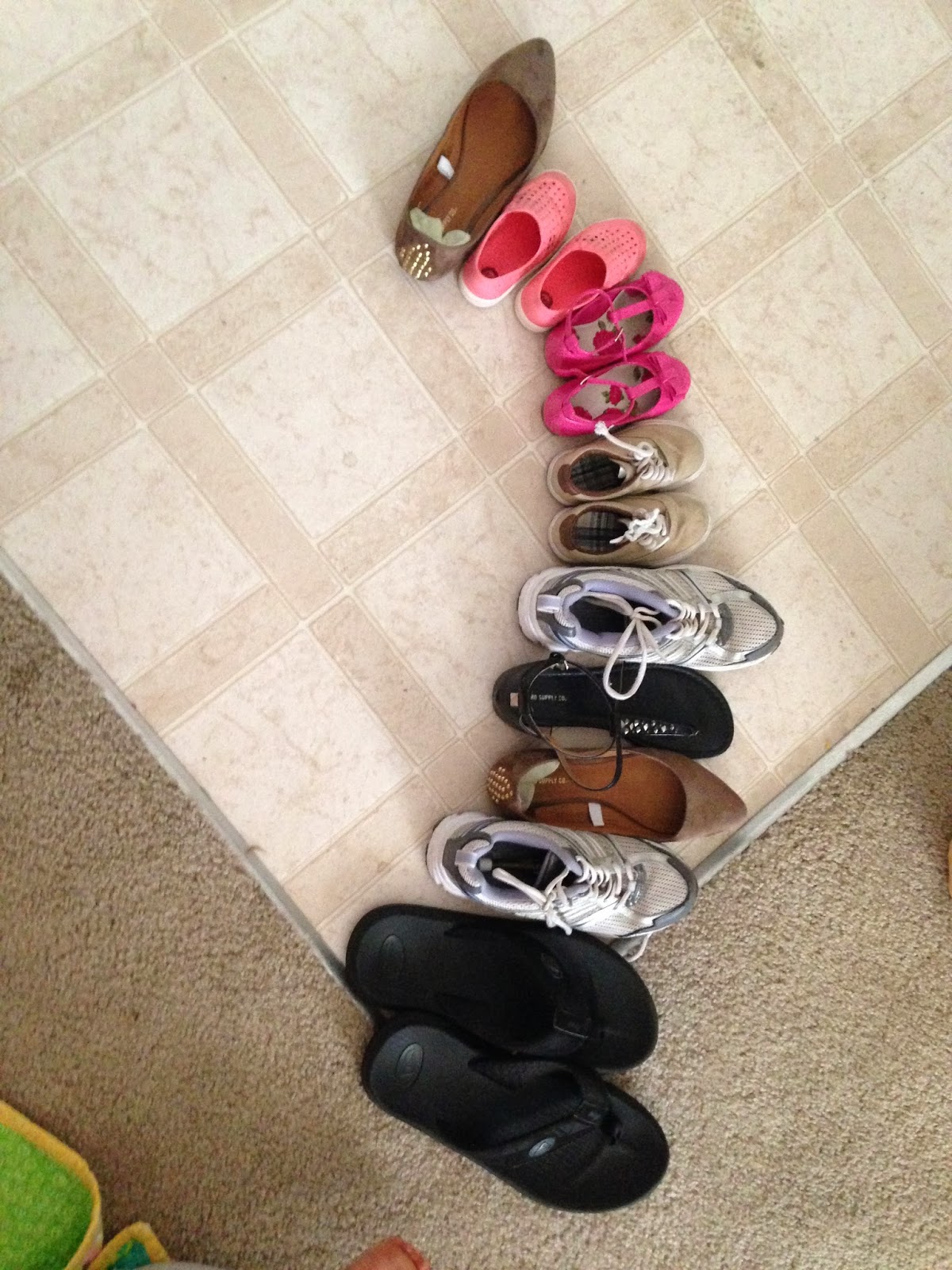 - and every single solitary stuffed animal in her possession. Then there's the part of me that sees this...and gives up. Why bother? Does anyone care if I clean? Does it matter if anything looks tidy? It's just we three for most of the day, and do you think the two year old and the 6 month of old give two poops? 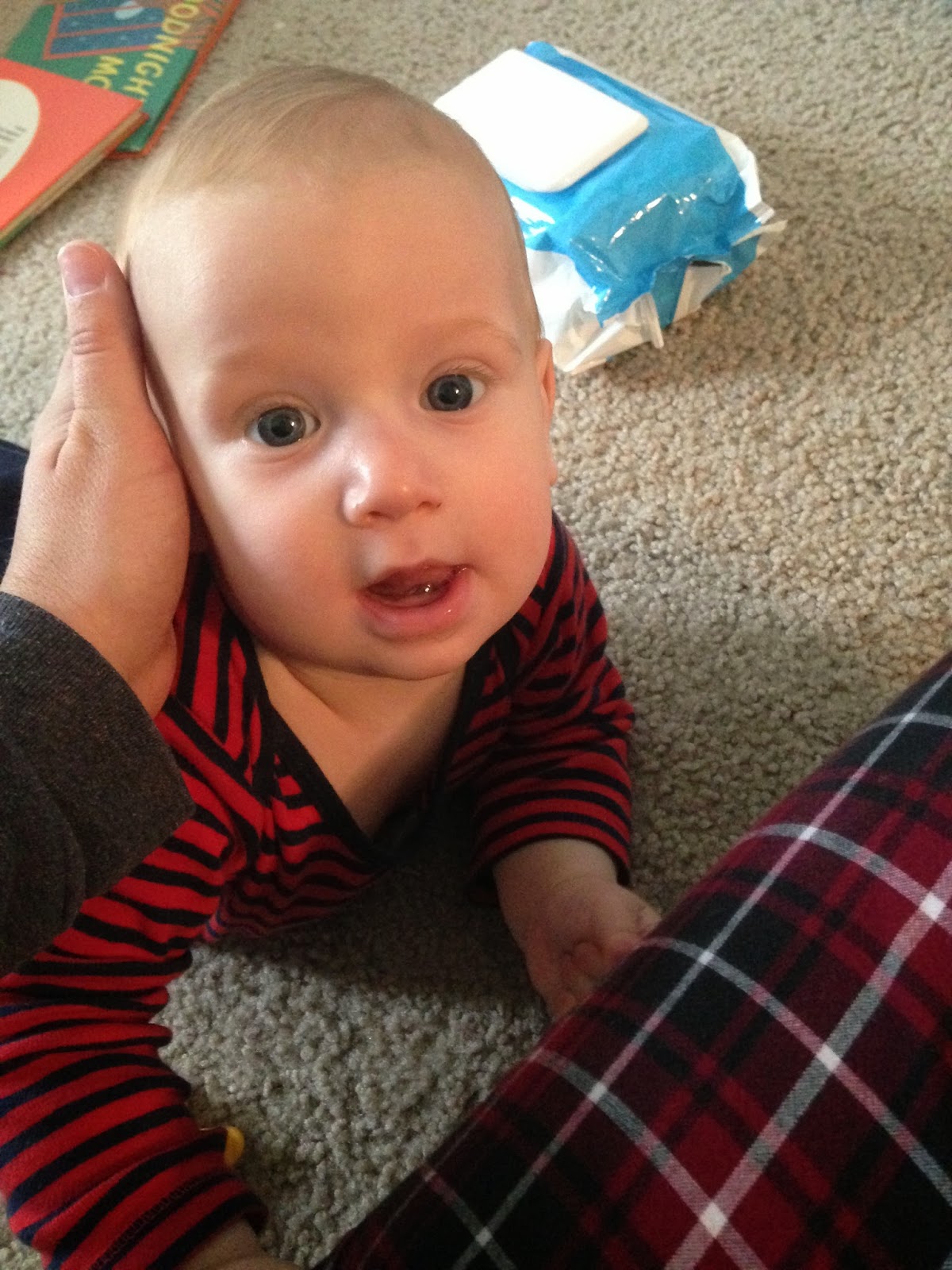 I give two poops Mom. I tucked them in my diaper for you.

Nope, they don't. So should I?

I have been on this weird, incredibly productive clean/declutter bender for the last two weeks. In fact, Sean completely deadpanned to me the other day, "Jessie -(and he only calls me Jessie when it's serious. otherwise it's Jess)- are you pregnant?" And no, I'm not, but it's a valid question. It's been nesting on speed around here. What I've noticed is this: I feel better that I've done something tangible with my day. I'm happier, and I treat people (husband+kids) nicer. I'm more patient. It's glorifyingly freeing to be rid of so much junk that has smothered the atmosphere of this apartment for three years. My physical environment is cleaner, therefore my internal environment is at peace.

After some contemplation, I landed on my Lenten resolution(s). It's usually something like no sugar, no candy, no junk. That's hard for me, but I haven't been buying that kind of thing of my own accord for quite some time now. My only indulgence is Hershey's chocolate milk on the regulah. So I don't think it'd be much of a sacrificial change to give that up this year. I have decided to DO more. Vague? Let me clarify. I need to stop laying around waiting for the day to defeat me, because it inevitably will if I let it. Instead, I will be making a concerted effort to accomplish even the menial, the trivial, the mundane. Homecooked meals every night. (Right now you all are like, yeah duh. But for me, not duh. I know, I'm awful.) A clean bathroom. Books read to my kids - with all the voices and all the enthusiasm. A made bed. A carpet that knows the glorious feel of a vacuum blowing through its hair.

I'm not saying all at once and I'm not saying burn out or exhaust myself. I'm saying, do something everyday! I want this place to become a welcoming environment. I want my babies to have good memories of Mom when she was young and of their very first home. I want Sean to not come home to me watching Finding Nemo alongside my young while the kitchen produces nothing but a feast of squalor in its undone dishes and unwiped counters.

I know, I know. Lent isn't about doing things for you, it's about giving things to God. That's what I'm hoping to do with this Lenten plan, though. I intend to DO in God's name, for my family's sake. Double whammy, see. So, in the words of this shirt that I absolutely must buy: 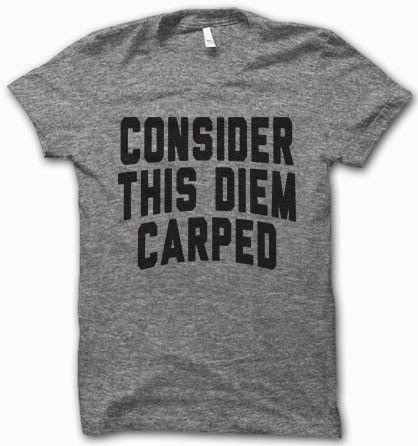 I wish you all a blessed Ash Wednesday and a successful Lent.
Posted by Jessie Pope at 3:02 PM 4 comments: