drumroll 3+ months in the making

Remember I said this half past forever ago? And then I made these (ok fine, mostly my Aunt Mary made them) in a zealous fit of stick-to-it-tiveness? Well, it's only taken me over three months to follow through, but I do have a patio reveal for you. You can chalk it up to nap time productivity of a newly freed stay-at-home mom and/or 37 weeks of pregnant crazy, but I finally have my sanctuary.

This is what "sanctuary" looks like when it's in death's throttle: 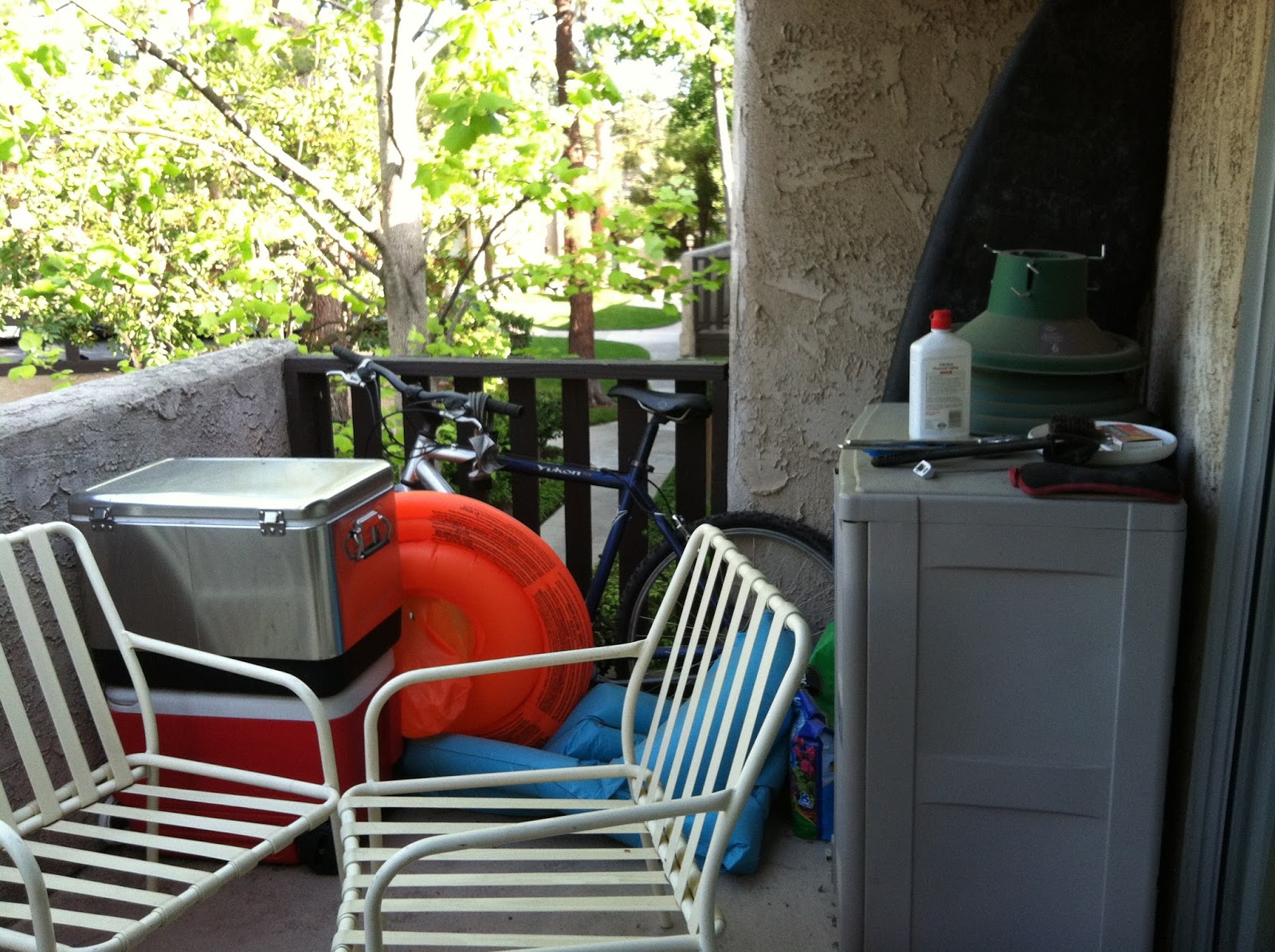 nothing says "homey" like a pine needle ridden burlap runner 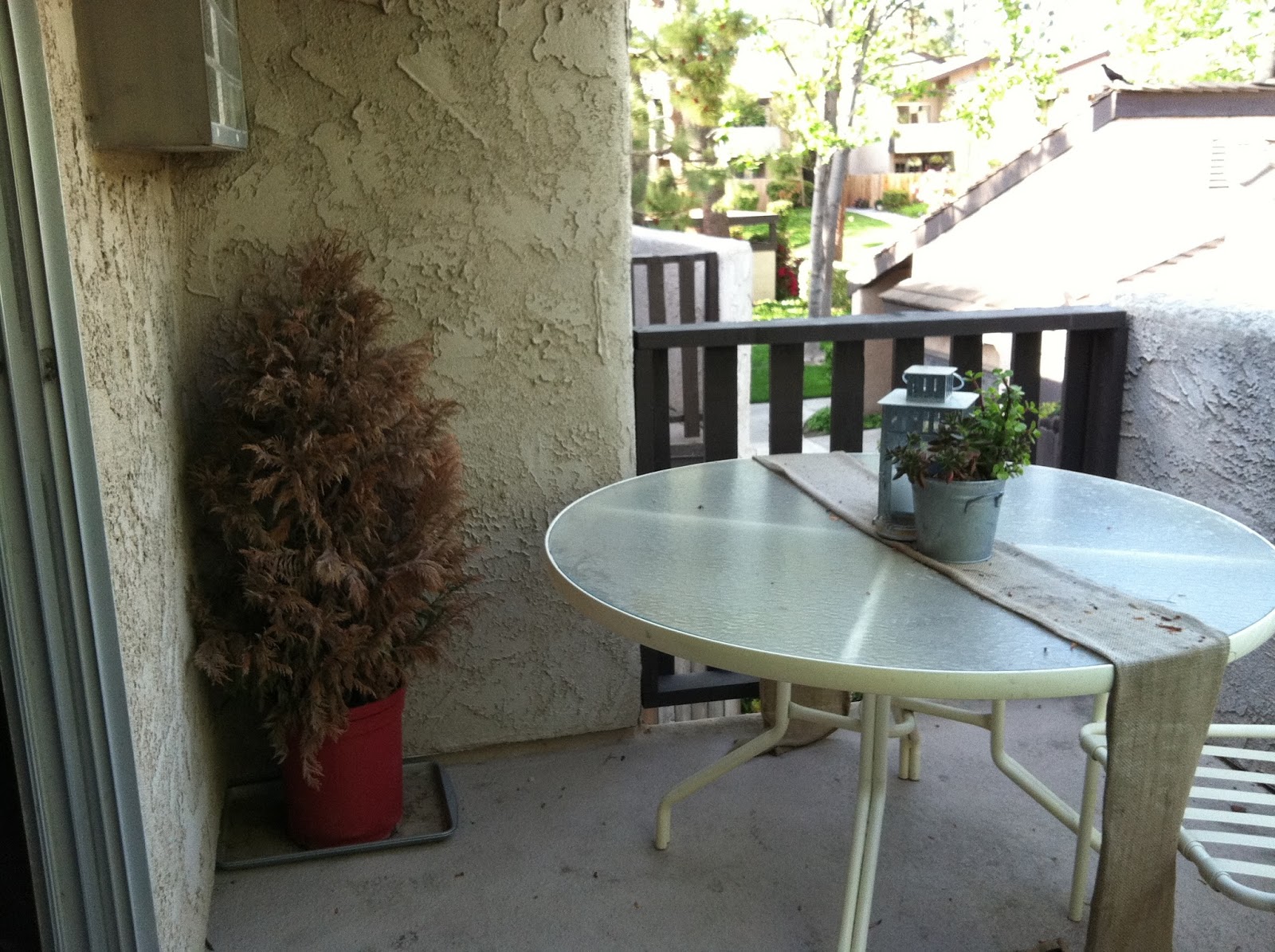 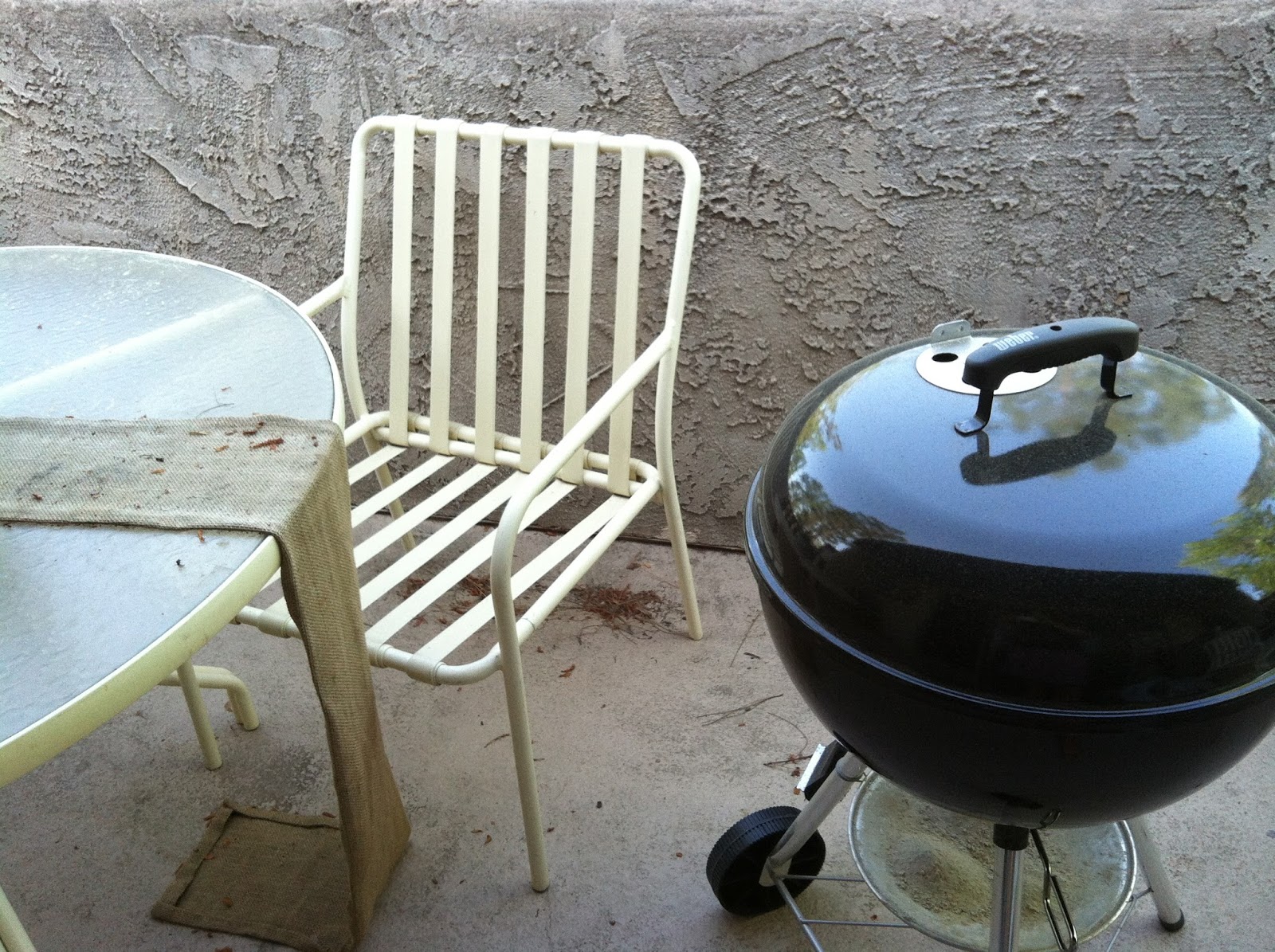 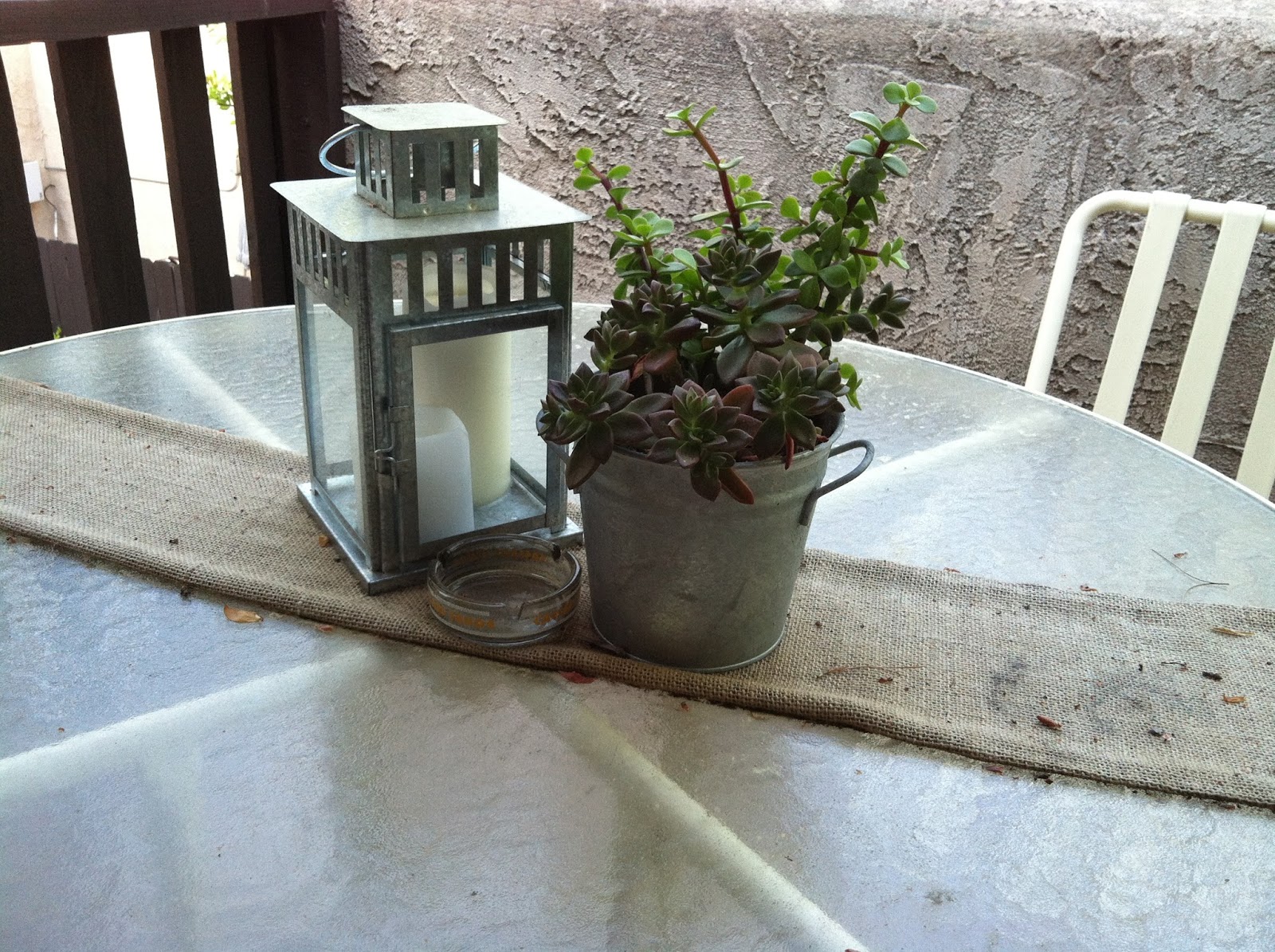 if you plant succulents, people can't see the squalor 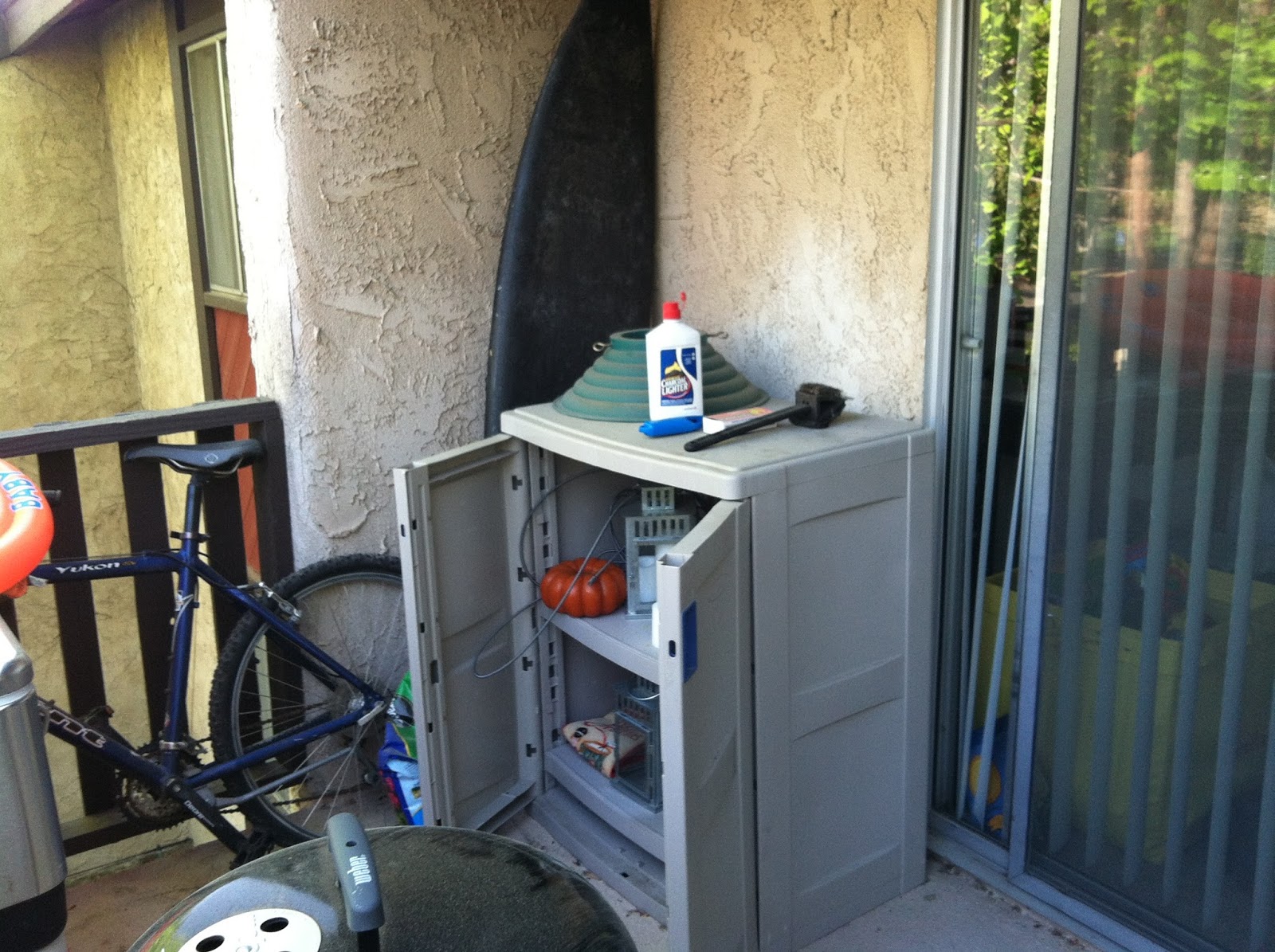 So basically you'd probably contract a disease from stepping out on to our "patio," or as I affectionately think of it, the stoop of agony. Perhaps you can sympathize with what took so long to clean this crap up.

Projects along the way: 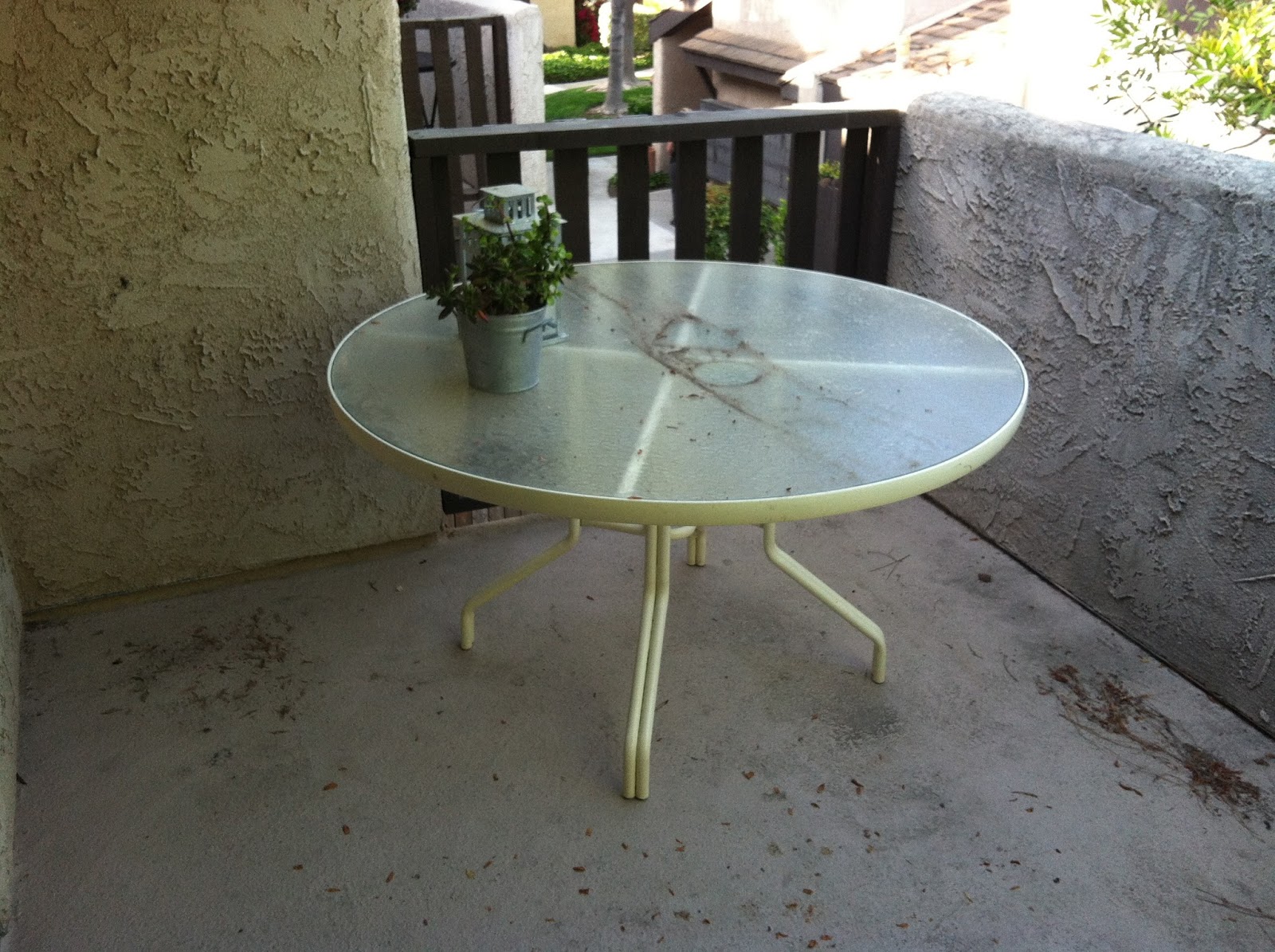 after three trips to the dumpster 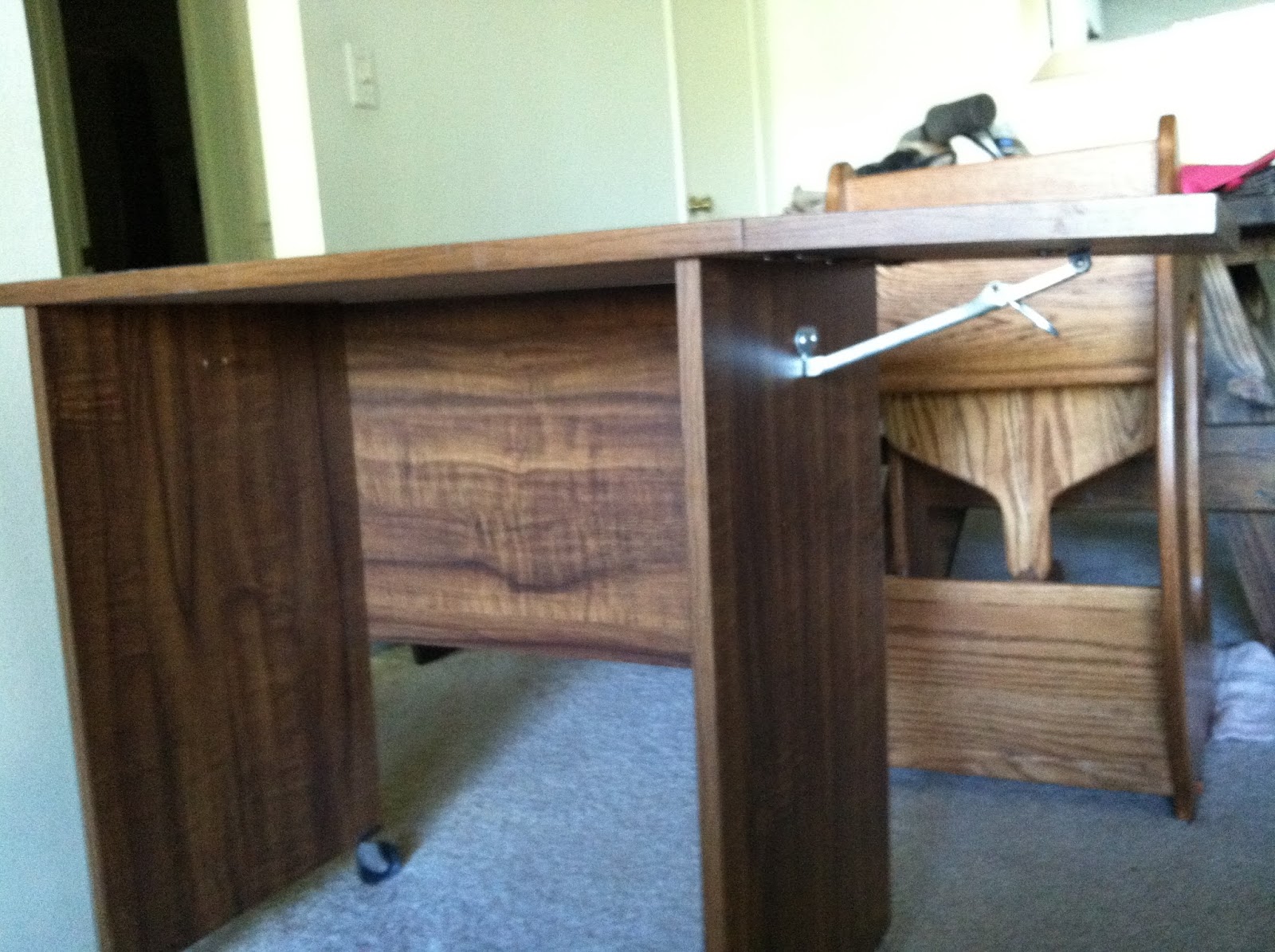 before of free swing-arm eyesore 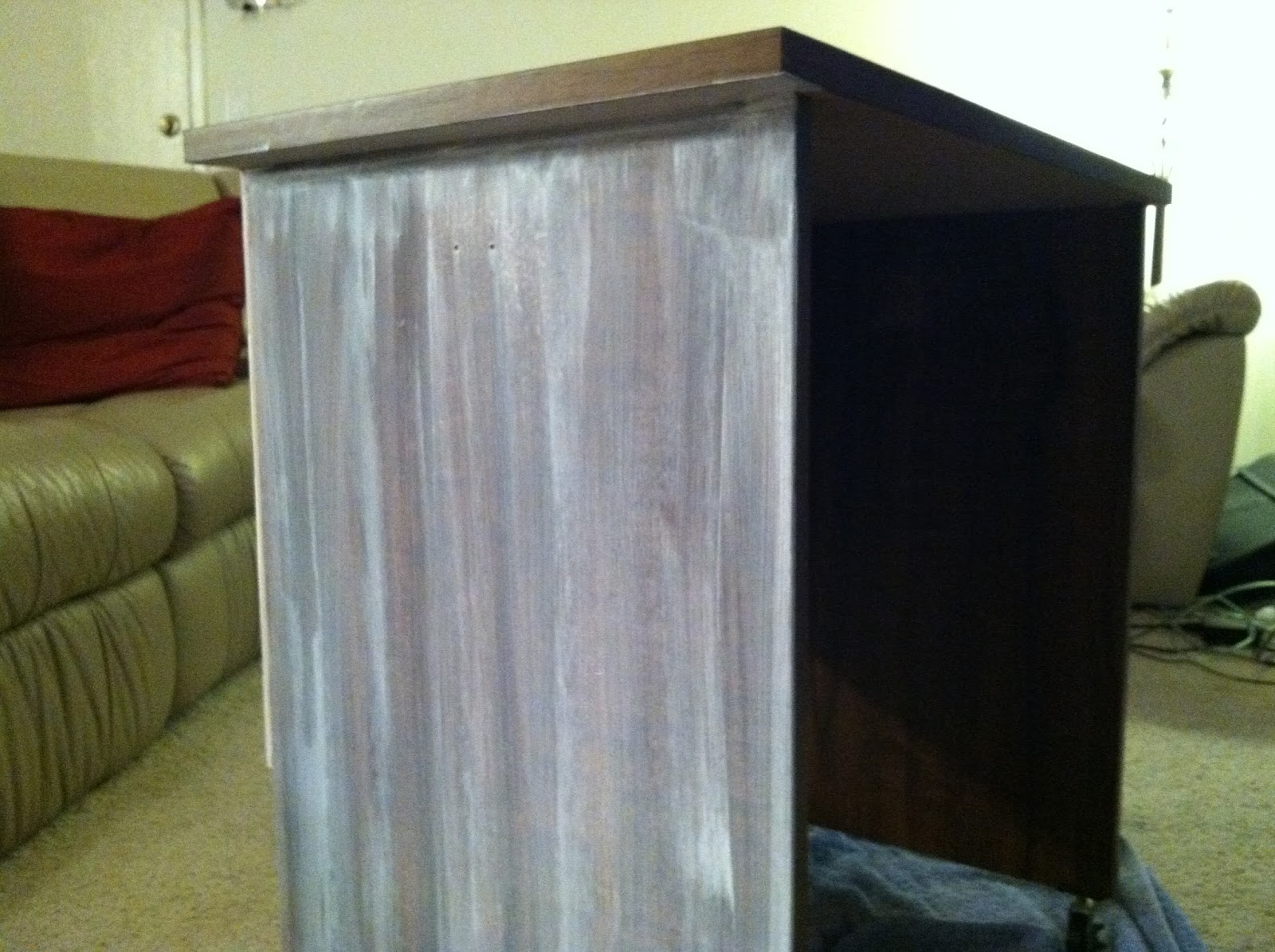 during of armless swing-arm eyesore 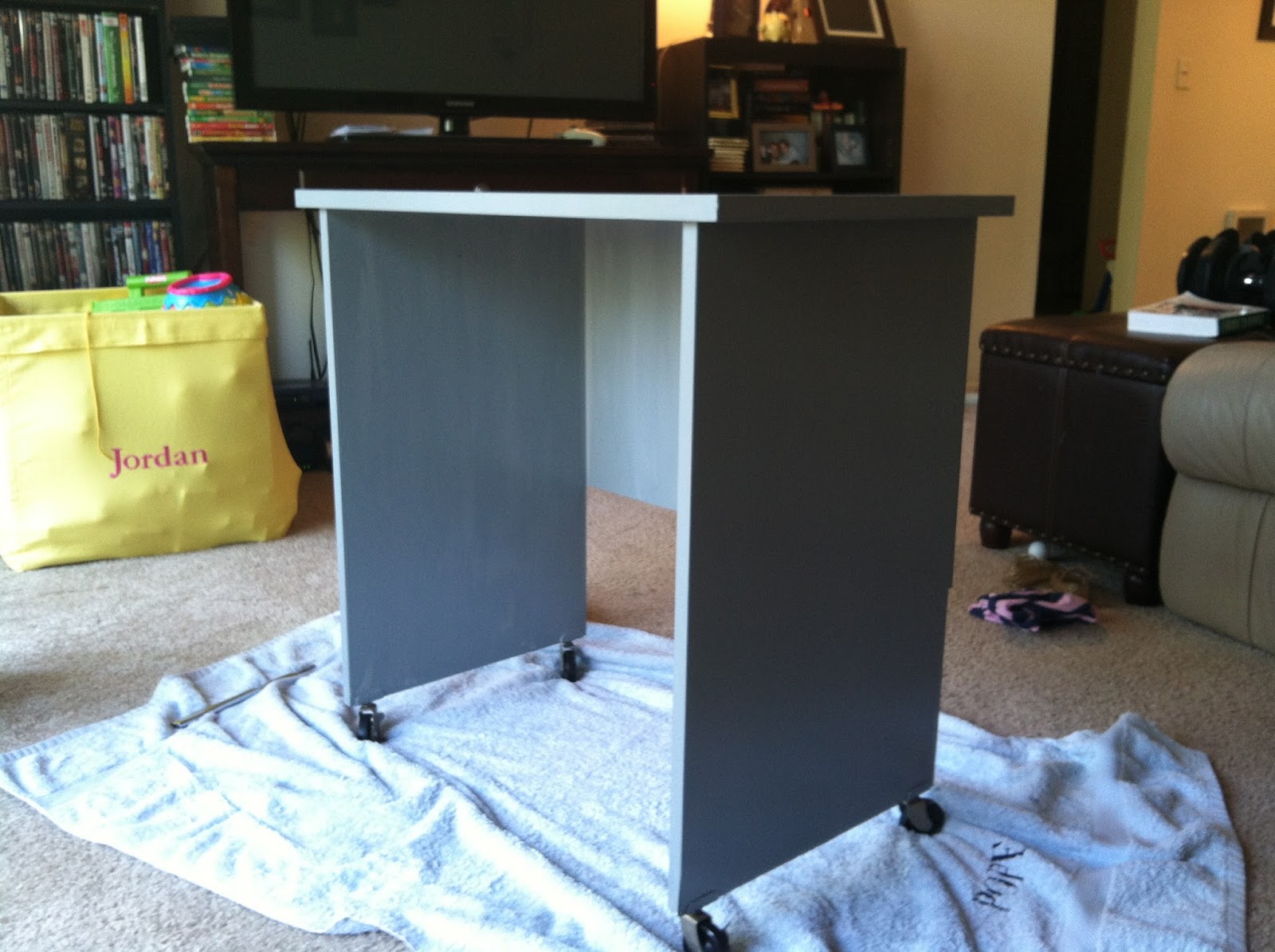 Our kickass landlady, with whom I have a special rapport (we're always pregnant together) had our patio repainted at no cost, presumably because she understands the frantic desperation of nesting. So the pine needle stains, rain and tree sap residue, and overall yuck of the patio floor was stricken from our record.

Then I repainted our table frame the same color as that swing-arm table above, threw out the chairs which I'm preeeetty sure were purchased before I was born (the set is a hand-me-down from my grandparents), nailed up the bike (which Sean insists! he'll ride again one day...I tried twice or twelve times to throw it out or Craigslist it), and yesterday finished up the several miscellaneous projects that were keeping me from posting my after photos. I potted succulents; hung the AMAZING portable Ball jar display which my friend Kimmy made - made! - by hand, and will eventually host my herb garden; and jerry-rigged some hangers out of rubber bands and thumb tacks from which the broom and mop are suspended.

I think that was proper ado, so without any further: 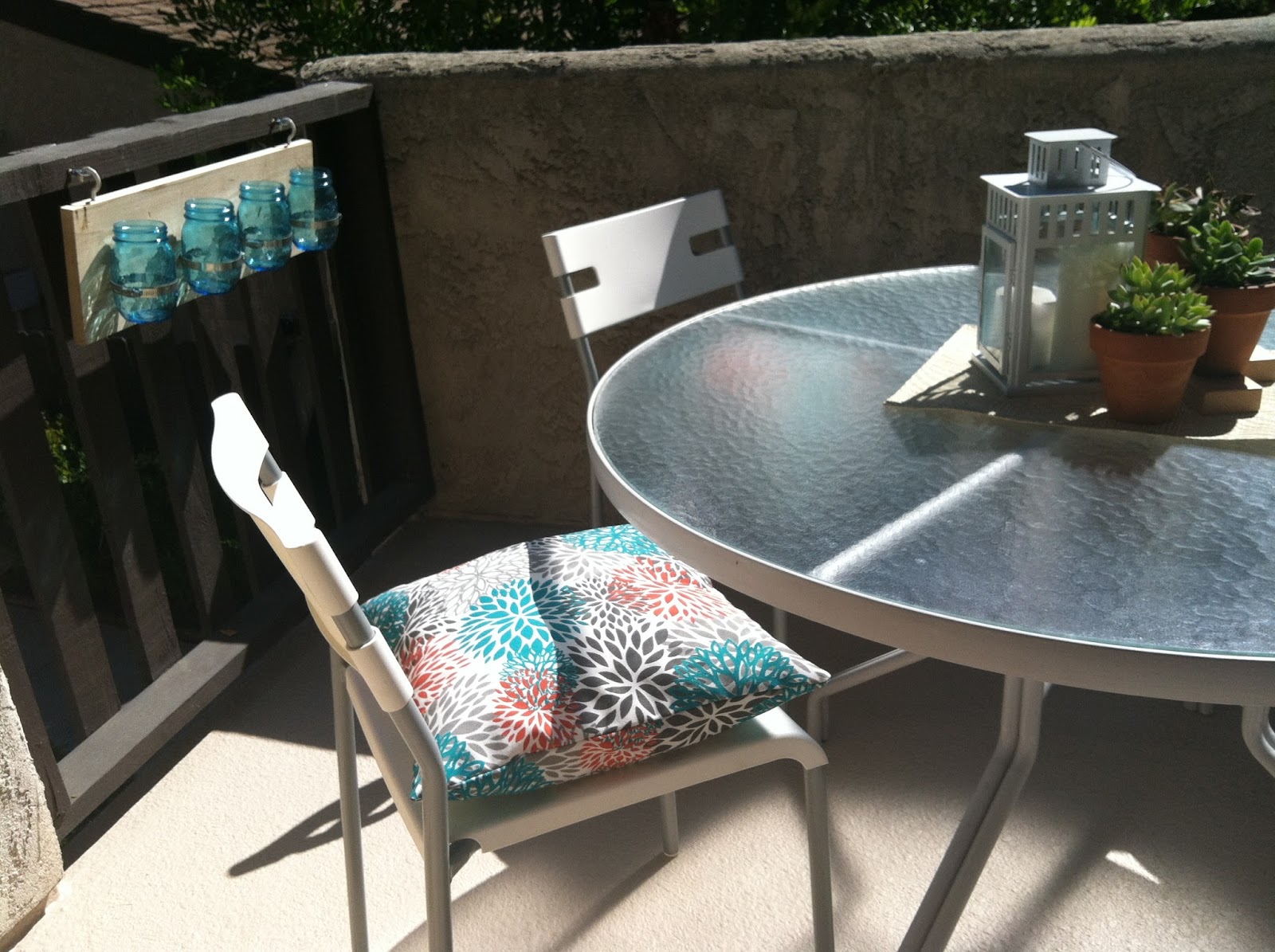 view from the sliding door 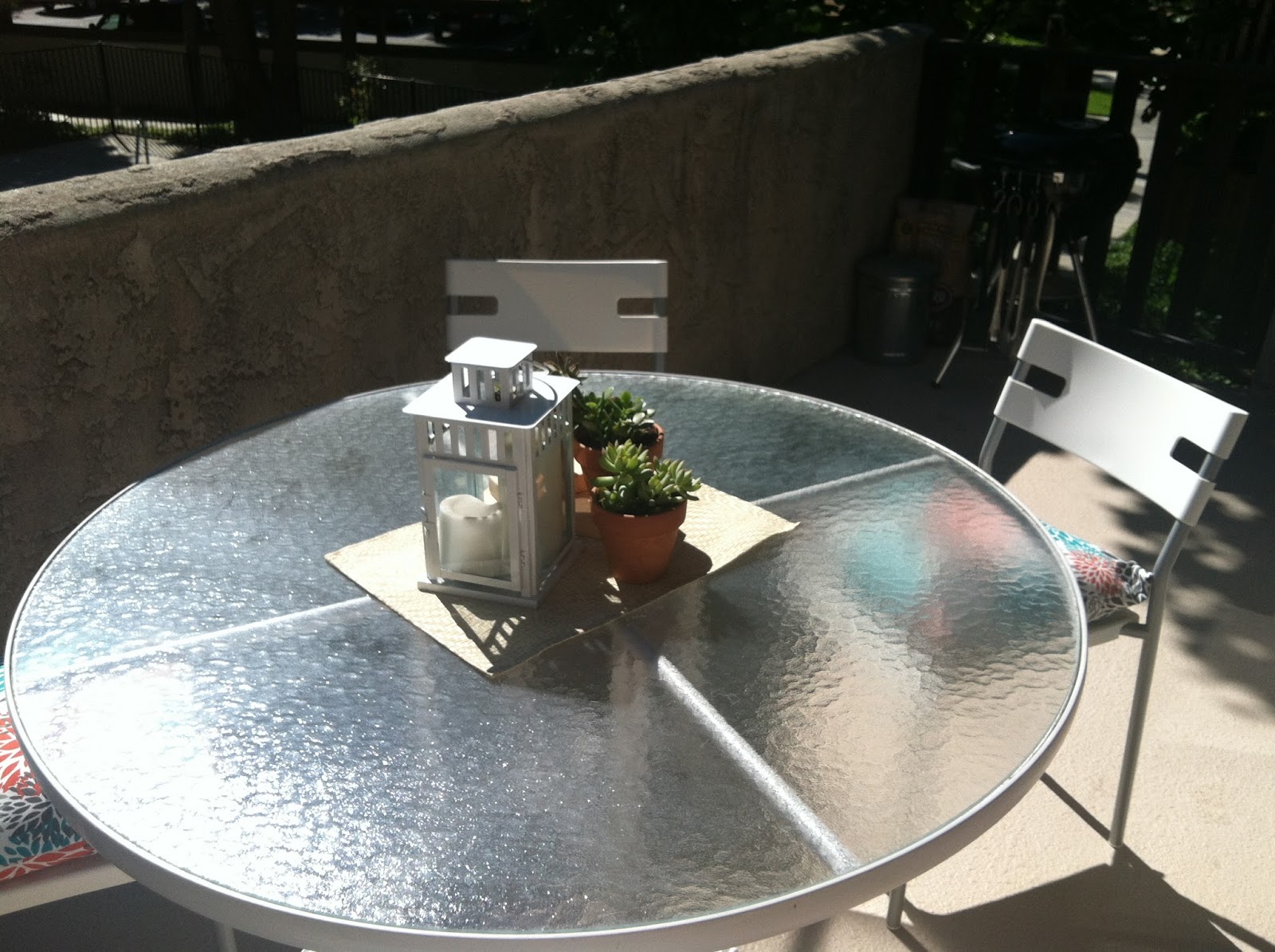 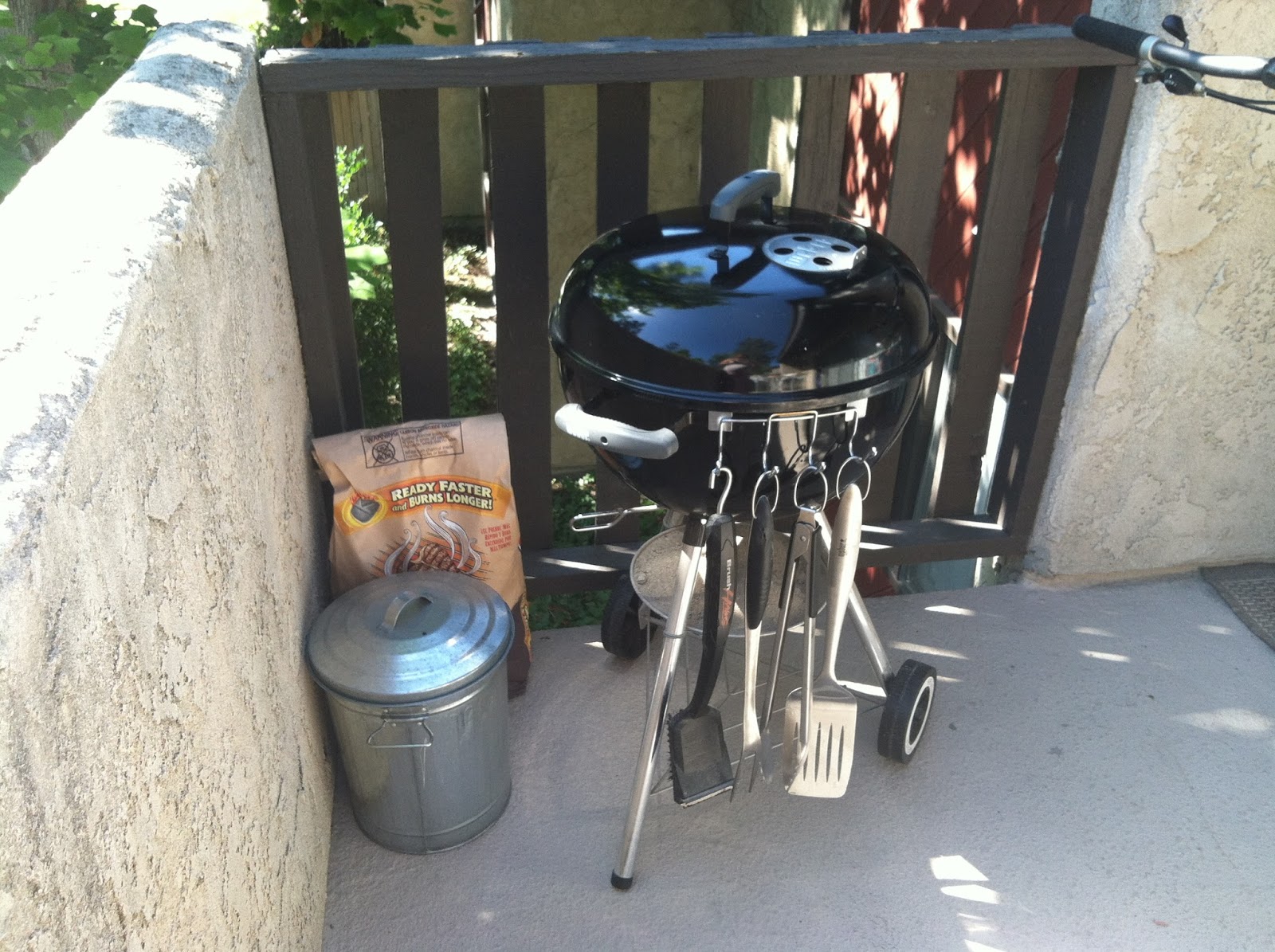 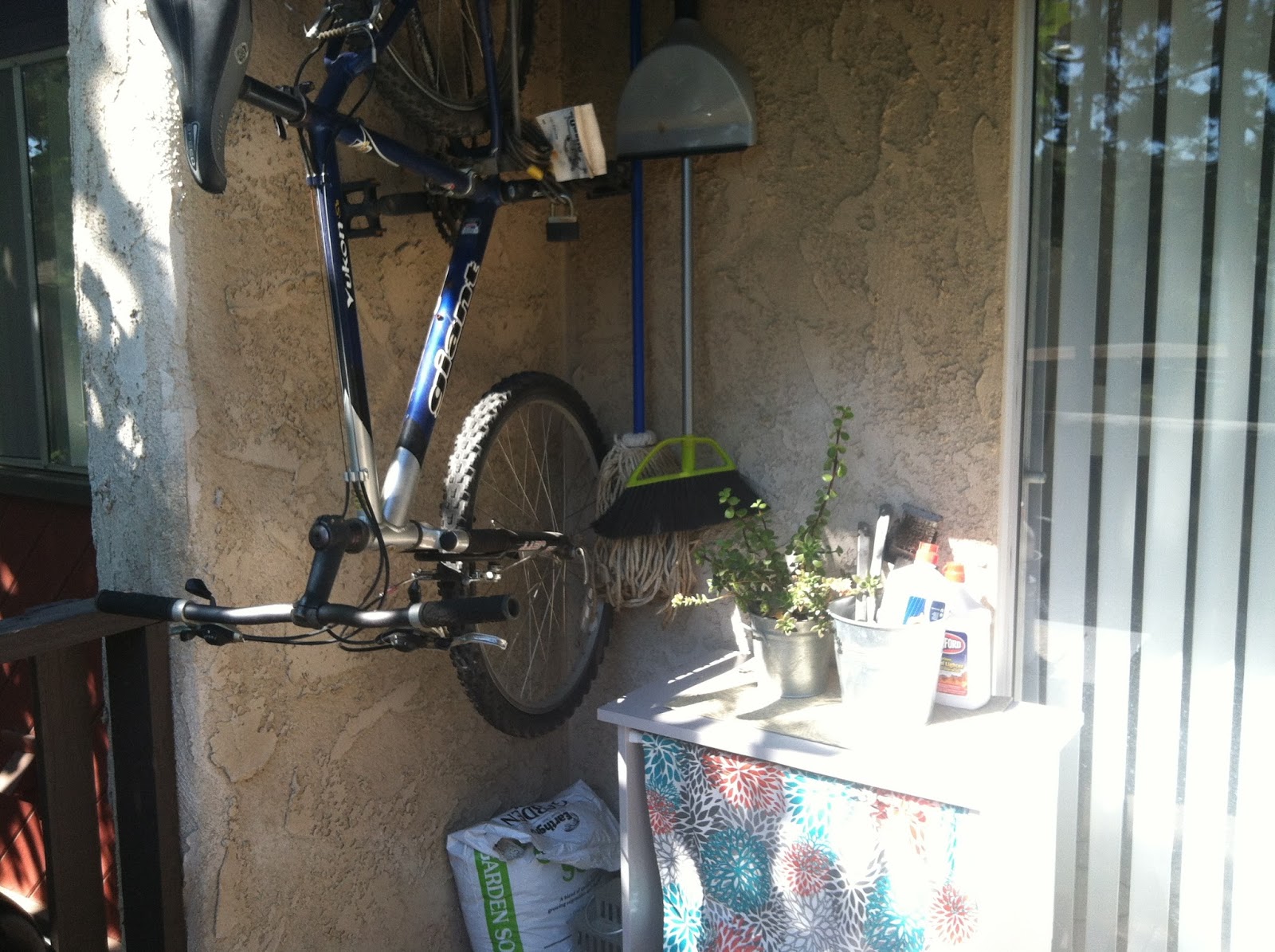 the man station extended (oh hey, I sewed that curtain by myself!) 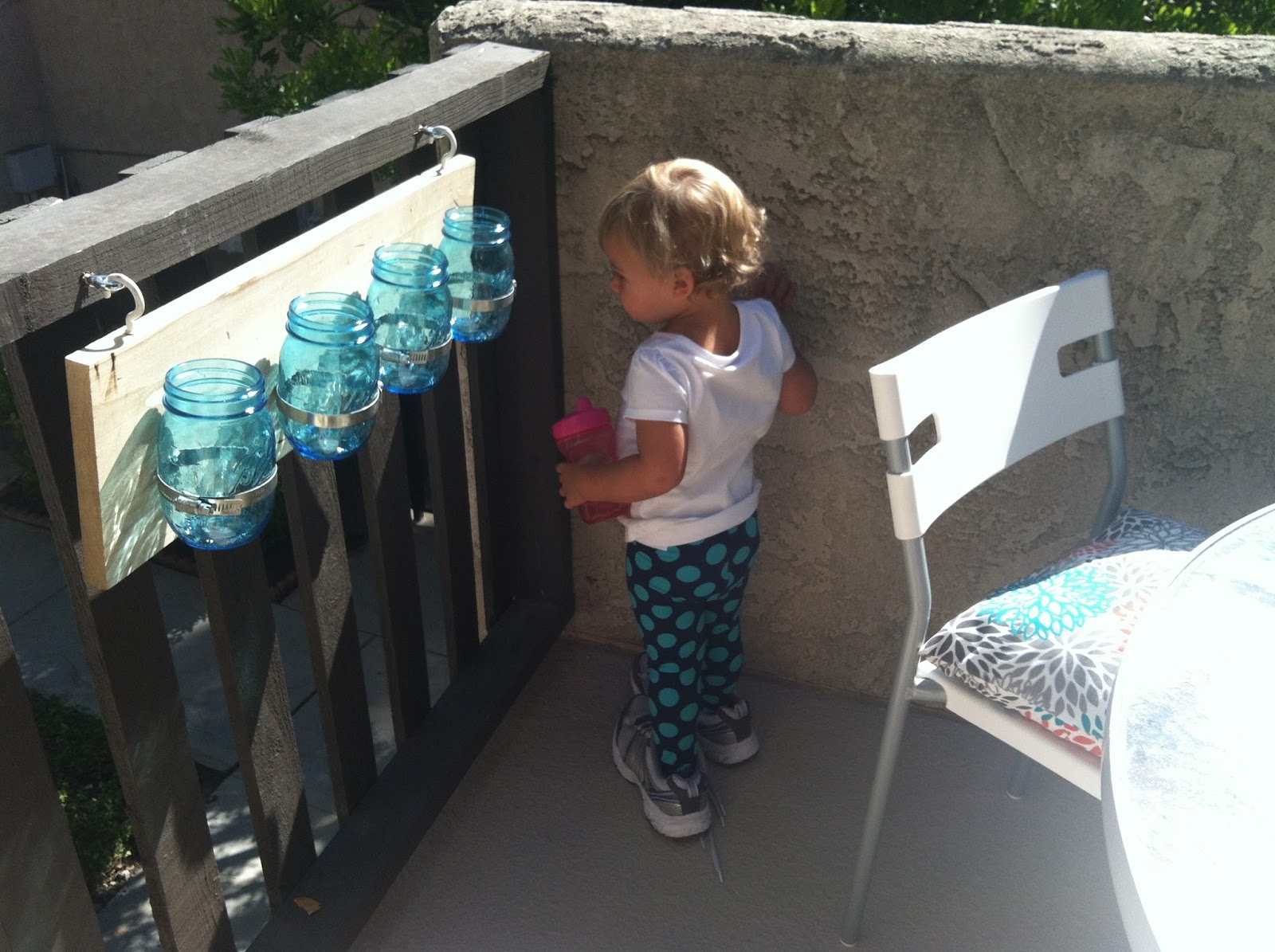 jealous of my herb vessels? you should be. Jordan's outfit choices?... 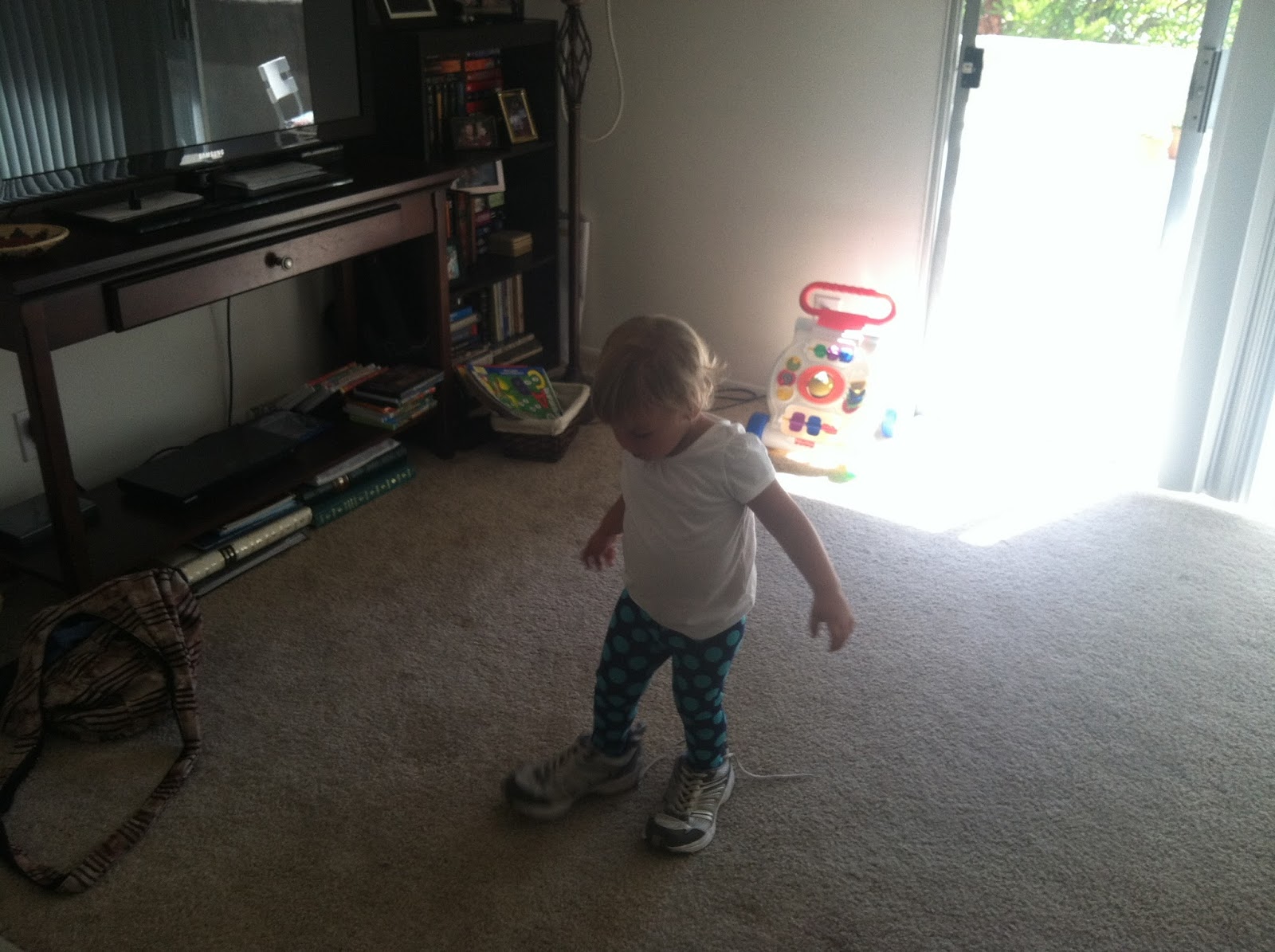 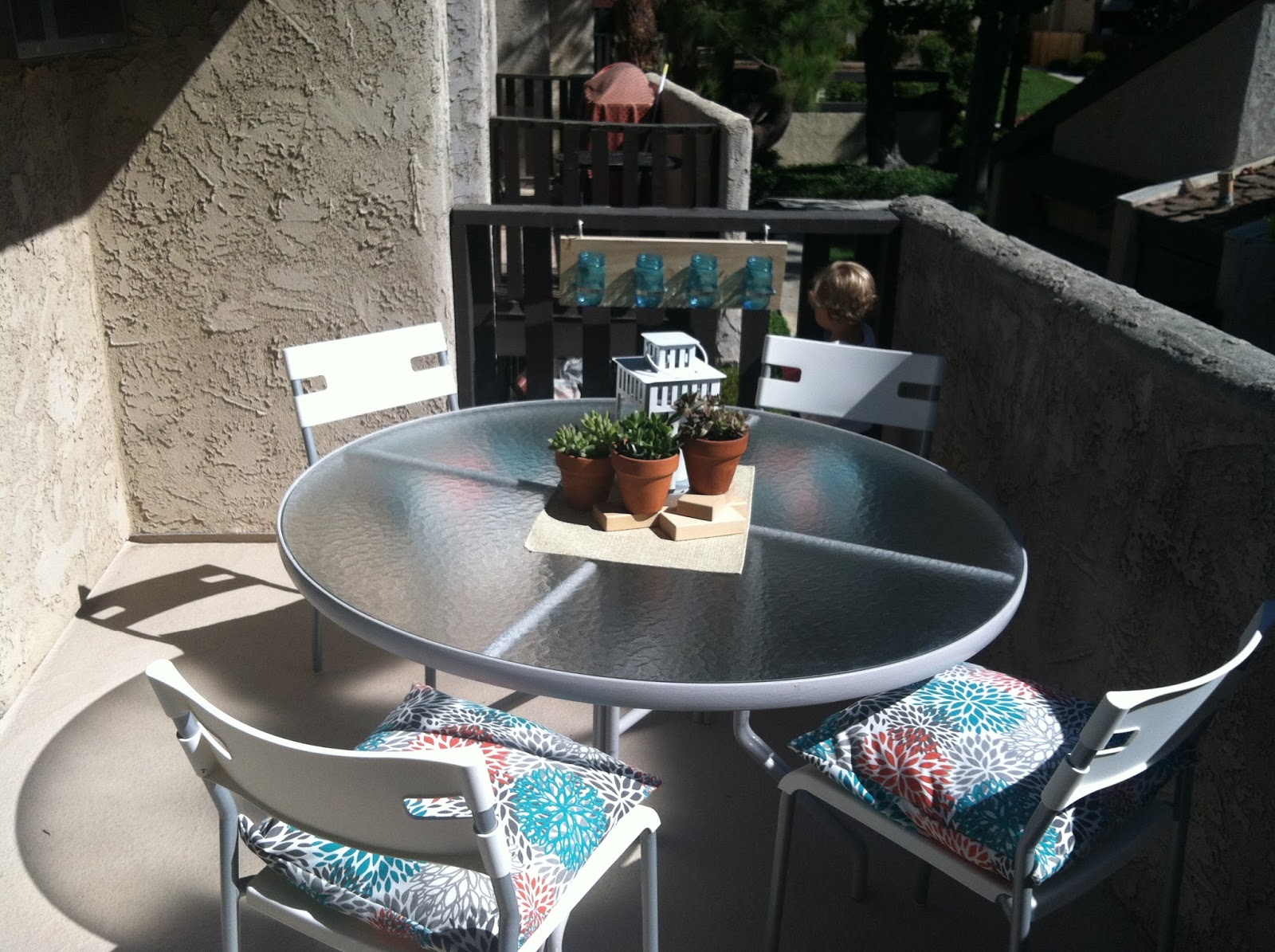 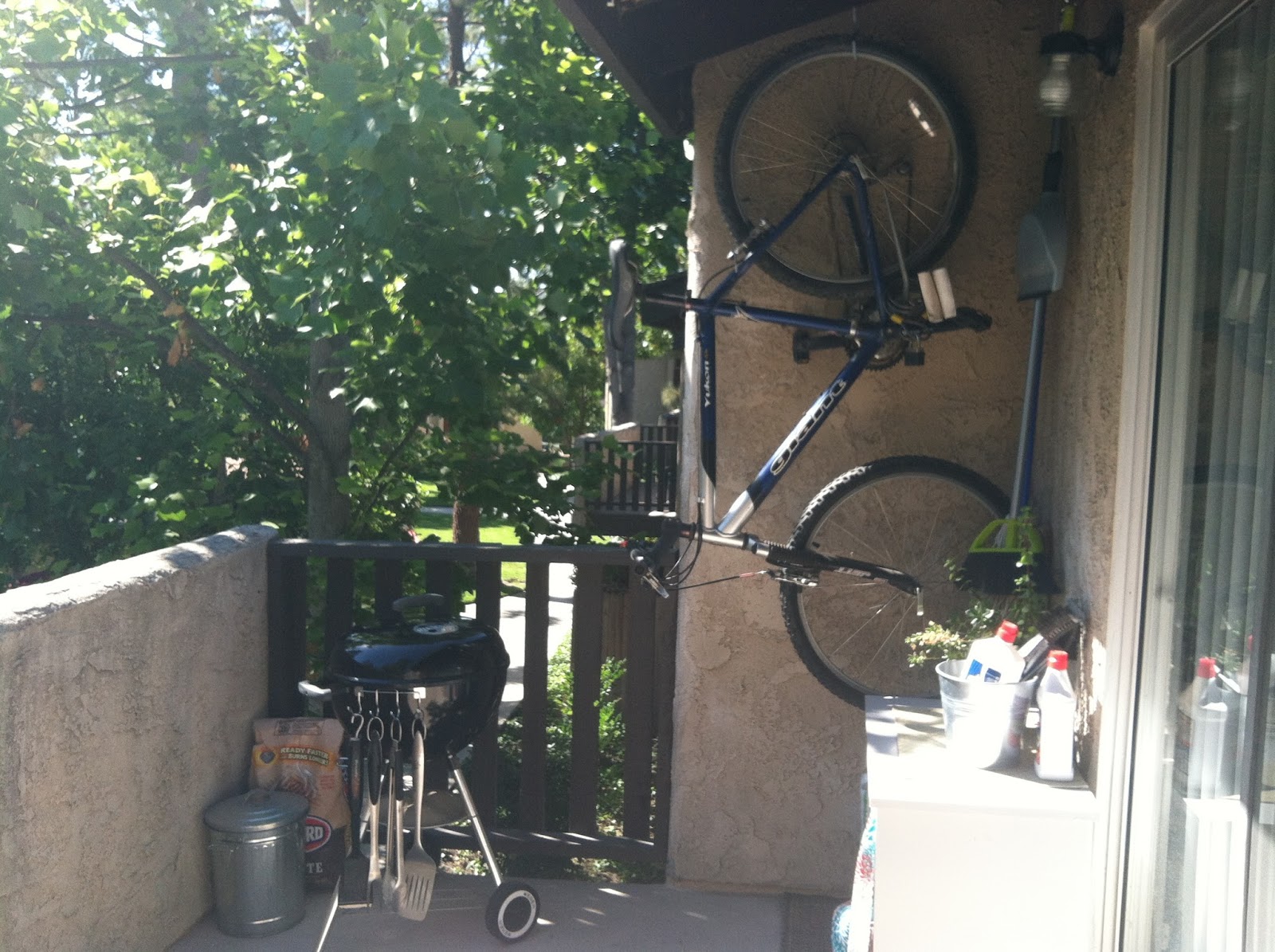