Oh hey! There's someone I'd like you to meet. 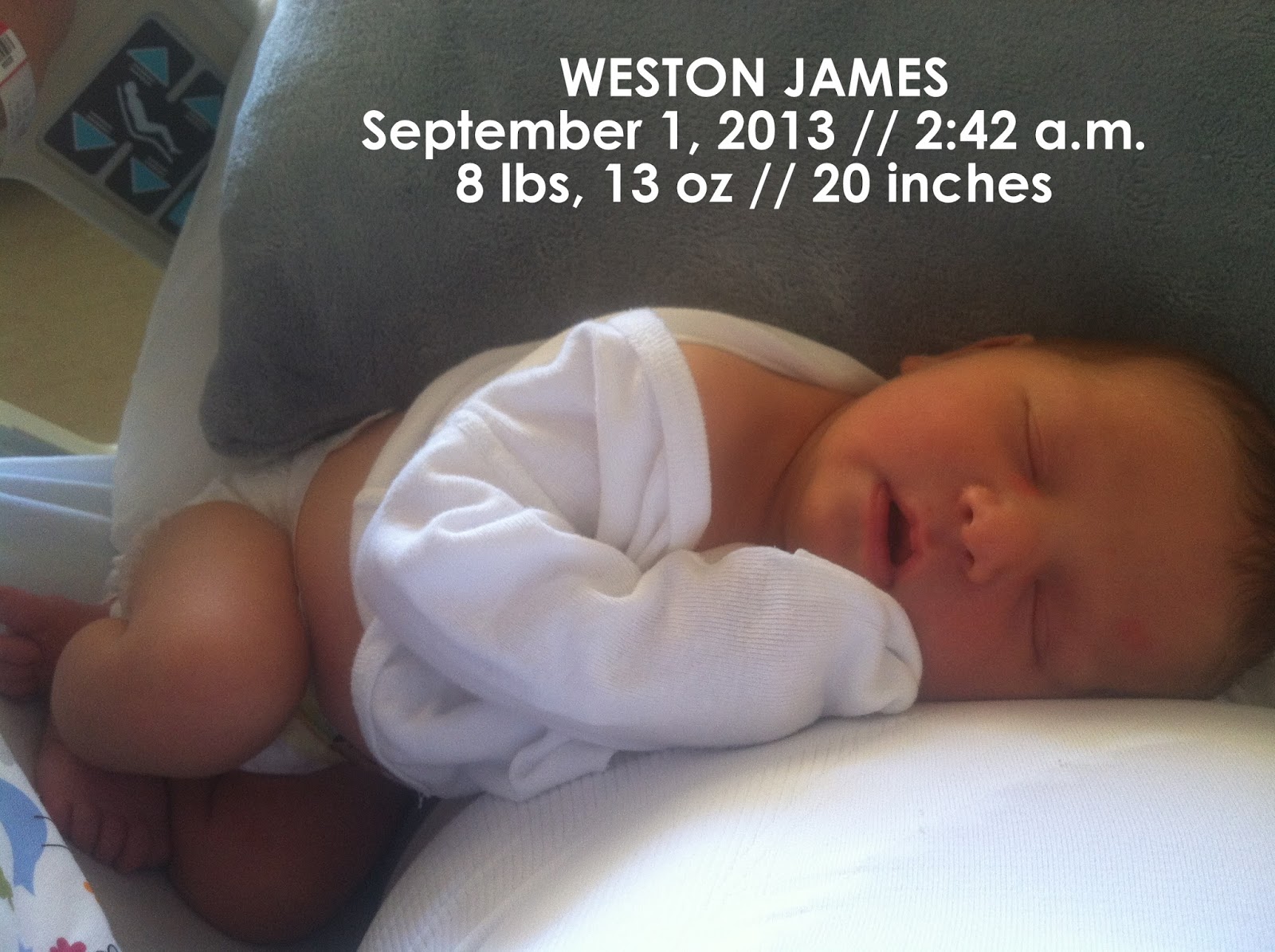 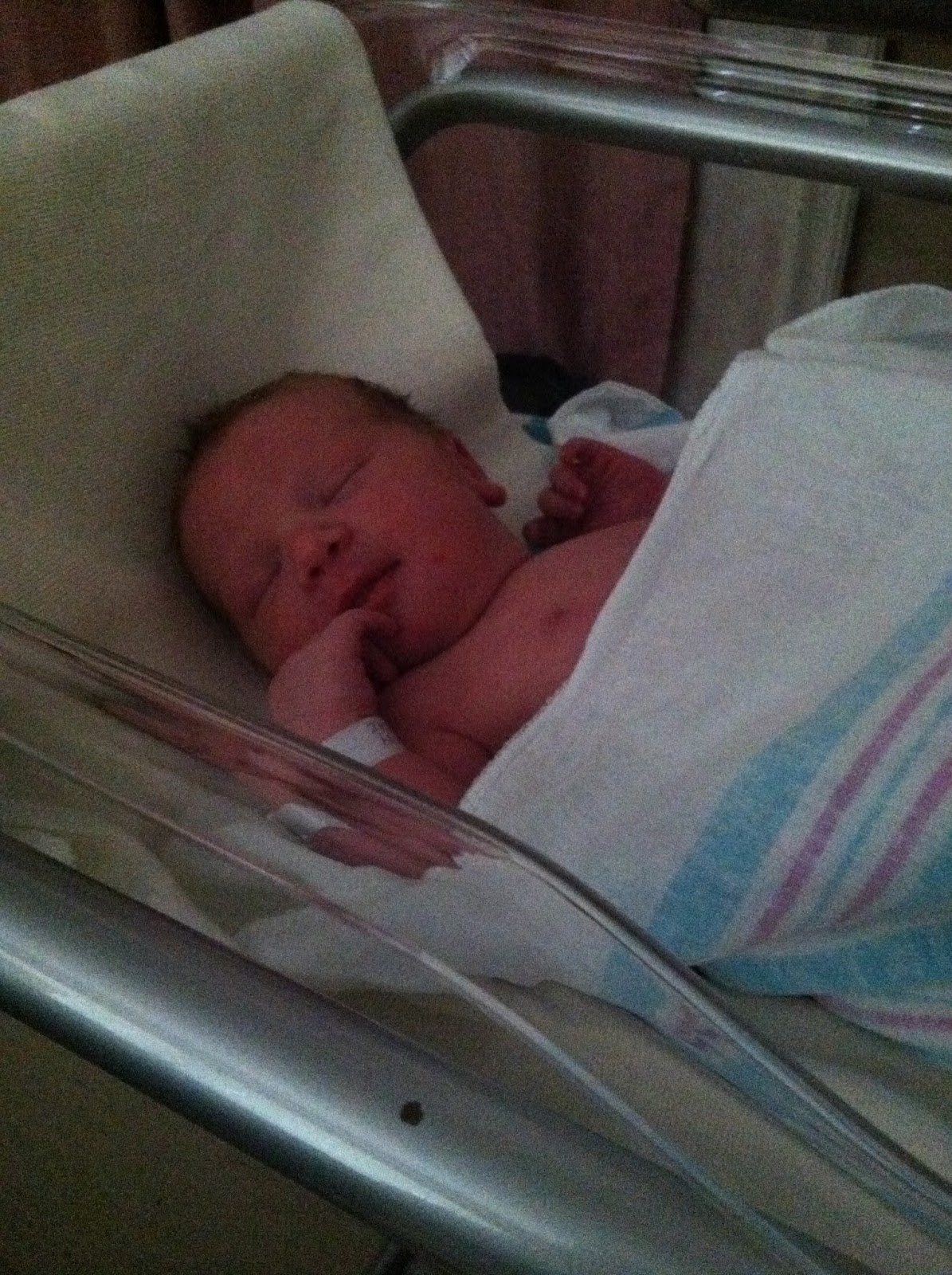 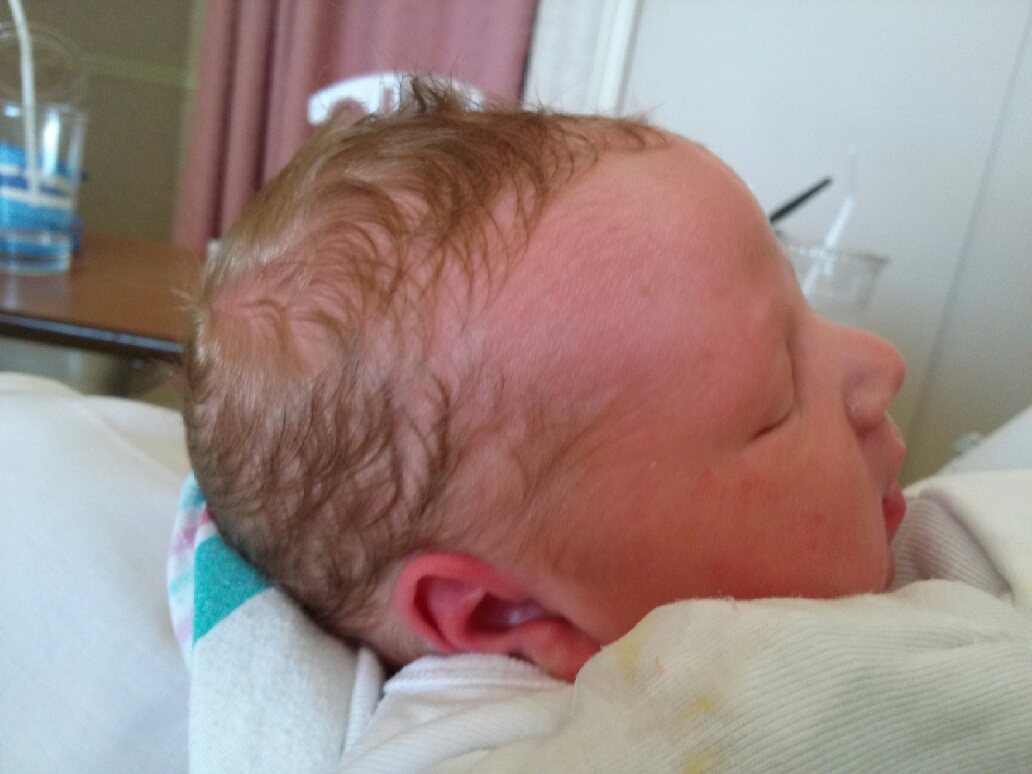 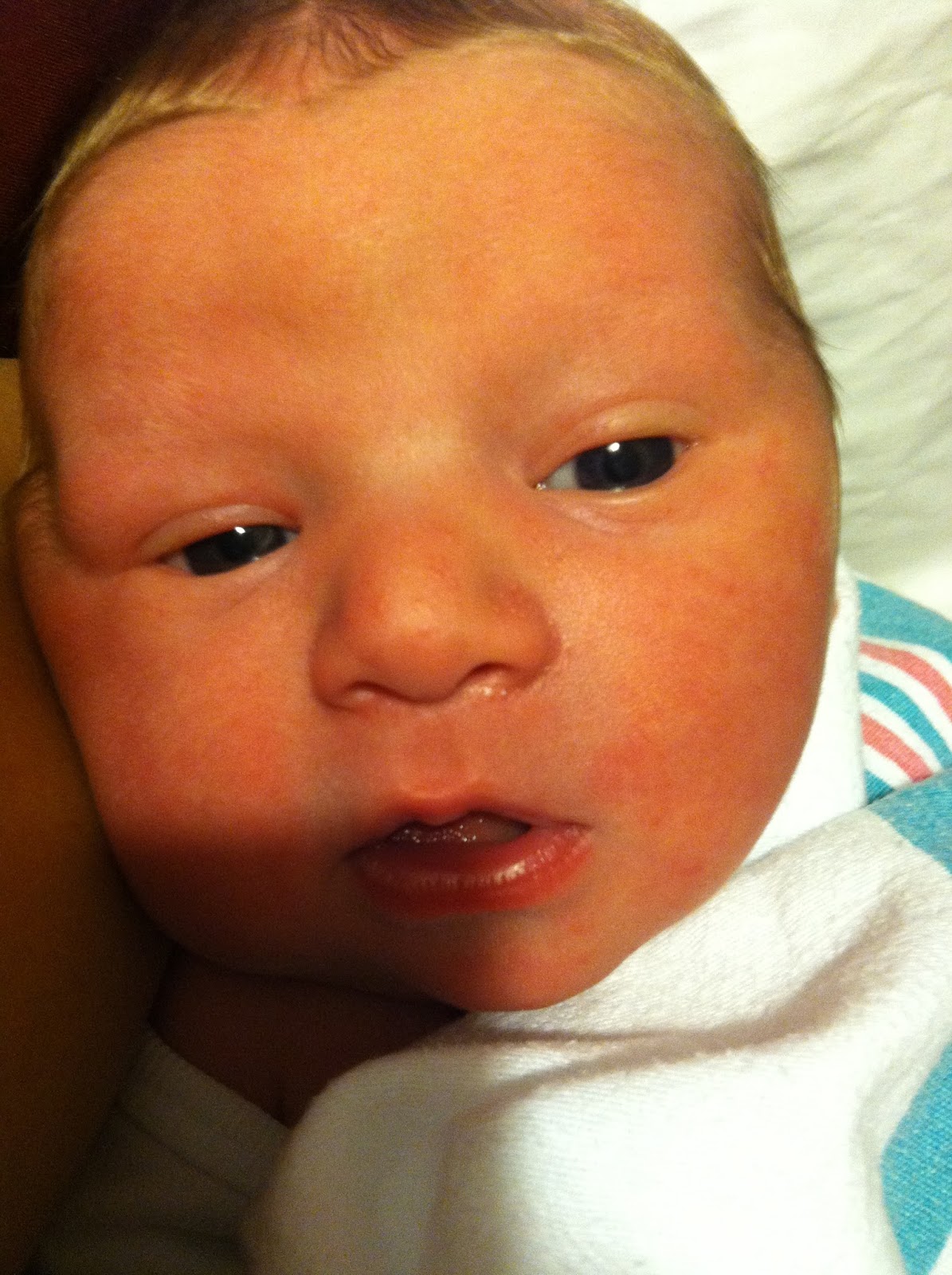 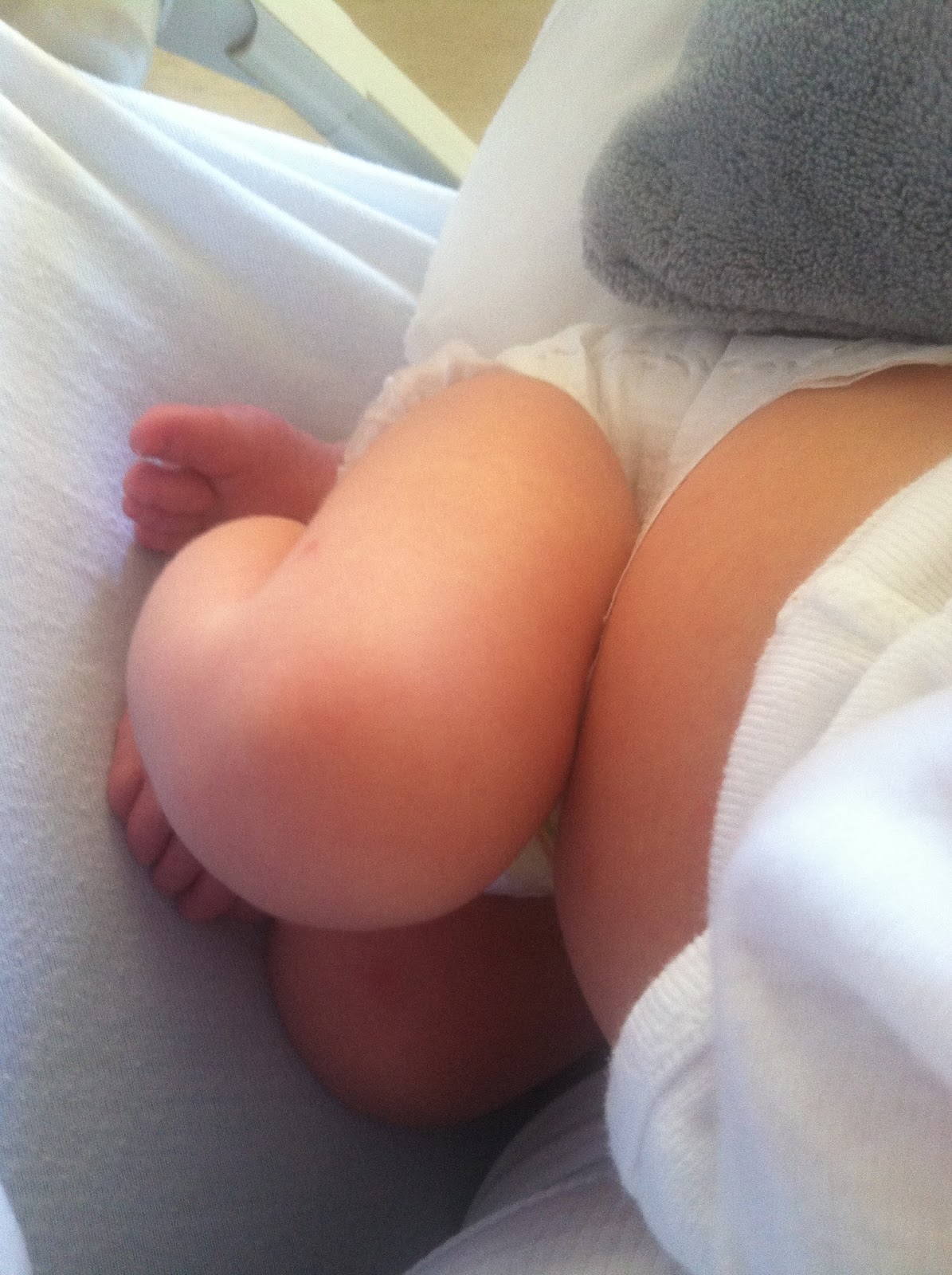 Well hey there, welcome Mr. SlowBob ProcrastinatorPants. You're so right: 9 days late is the perfect amount of fashionable, and now you have a birth month independent from your sister's. Nevermind that you were starting to accrue multiple reputations as a mama's boy, the Buster to my Lucille, and a general pain in the bum from your uncle, your aunt and your mama, respectively. (It's rather embarrassing to admit I was calling my unborn a pain in the bum *edited* but I can't say that last weekend housed some of my prouder moments in the behavioral department.) I prefer the way your Aunt Meg described you: you shall be my slow and steady.

He's here, this strapping young man, and a chiller little guy there never was. A couple things I've learned of him in the last 60 hours or so: dude is an angry bird when his feet are exposed to the elements. He goes from golf channel snorefest to Mexican soap opera psycho with the kick-free of a swaddle. Message received, buddy. Socks and blankies all the day long. Also, in utero Weston is not an accurate reflection of ex utero Weston. The kicking and flipping and tai chi et al has ceased with the entrapment of the womb and we are left with a slumbering, ponderous Ghandi.

The VBAC attempt? Epic fail. And I mean that in the catch phrasey way of today's culture, yes, but mostly I mean, this birth story shall be an epic of Star Wars proportions spanning multiple titles, generations and perhaps even sparking a couple franchises. So much to tell, even after I edit out all the complainy, whiny crap that I mentally penned during my 48th hour of labor (no, really) and the litany of curse words that narrated my 899th through 917th contraction.

So, birth post(s) are forthcoming but I'm gonna go snack on Weston's cheeks for an indeterminate amount of minutes and emphasize soft touches to an eager Jordan a few more times first. 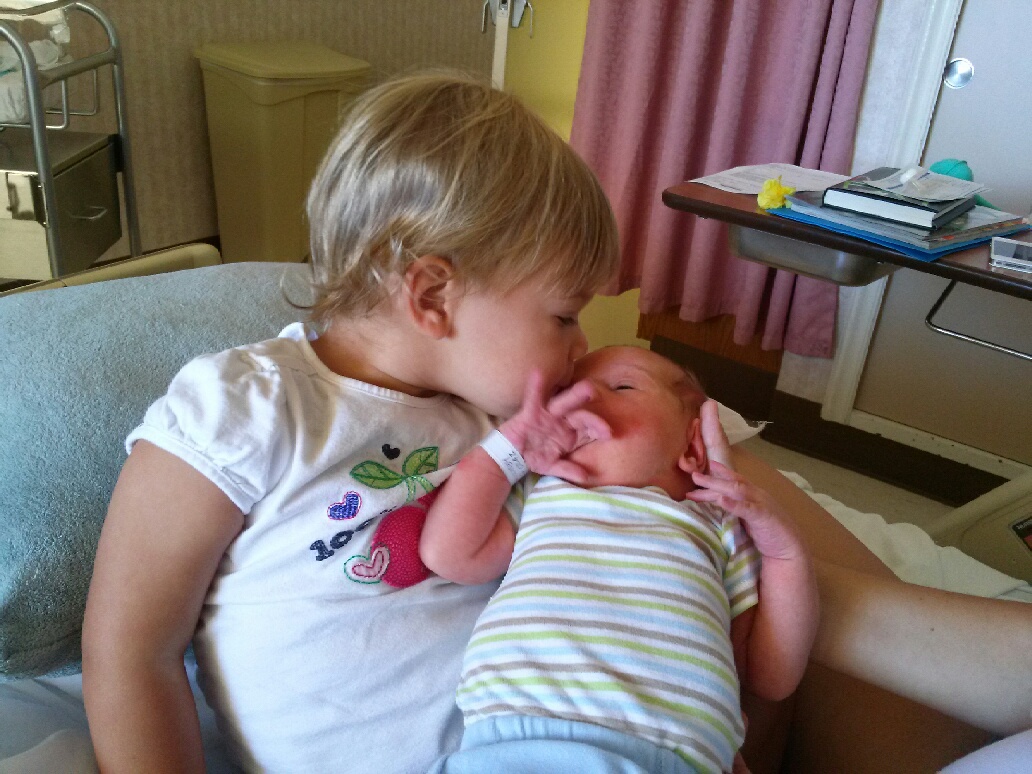 after instinctively honing in on his soft spot and trying to rub antibacterial all over it
Posted by Jessie Pope at 7:12 PM