a serving of brazen toddler with a side of emma stone

The other day I followed a weird spike in my blog traffic that landed me at GOMI on a forum where people were asked to link their favorite lesser known blogs. To my shock n' awe, someone had linked mine (*blush*). I followed the comment thread, and it garnered one response from someone who said something like, "I want to like this blog, but it's just another oversharing mom." (*blush again*)

It's SO TRUE though. My blog posts are rife with feelings caused by my children, stories featuring my children, pictures of my children. My sister Audrey of the Great State of Washington called me the other day to object to my blog desertion. And I know she mourns not the loss of content but of her niece/nephew photo fix. I simply told her, "I just don't really know what to write about right now." To which she advised, "Just write your thoughts."

Emma Stone is my spirit animal.

Circa 2001 a young girl named Jessie stared at her 400 pound computer monitor, patiently sitting through the 12 minutes of cacophonous dial up that would eventually land her on AZ Lyrics, that she could repeatedly read chorus and verse to Blues Traveler's Hook until she could recite them without a hitch. I loved that song. And when Emma Stone got up there on the Jimmy Fallon stage I rapped transfixedly along with her. It just goes to show that sometimes following Buzz Feed LOL (on which I found above gem) isn't totally worthless. Even though most of their stuff is like, what Anime character are you? Well, the only Anime reference I even know is Pokemon. And only because Pokemon and pogs are the love language of my generation.

Jordan is simultaneously sage and sassy.

Case #1: I had a slight - read VERY SLIGHT - case of road rage the other day during which I berated my fellow driver to "come onnnnnn get overrrrrr." Backseat driver numero uno chimed her two year old cents in with a decided "Mom. Calm down. Don' be mad. Take a walk." 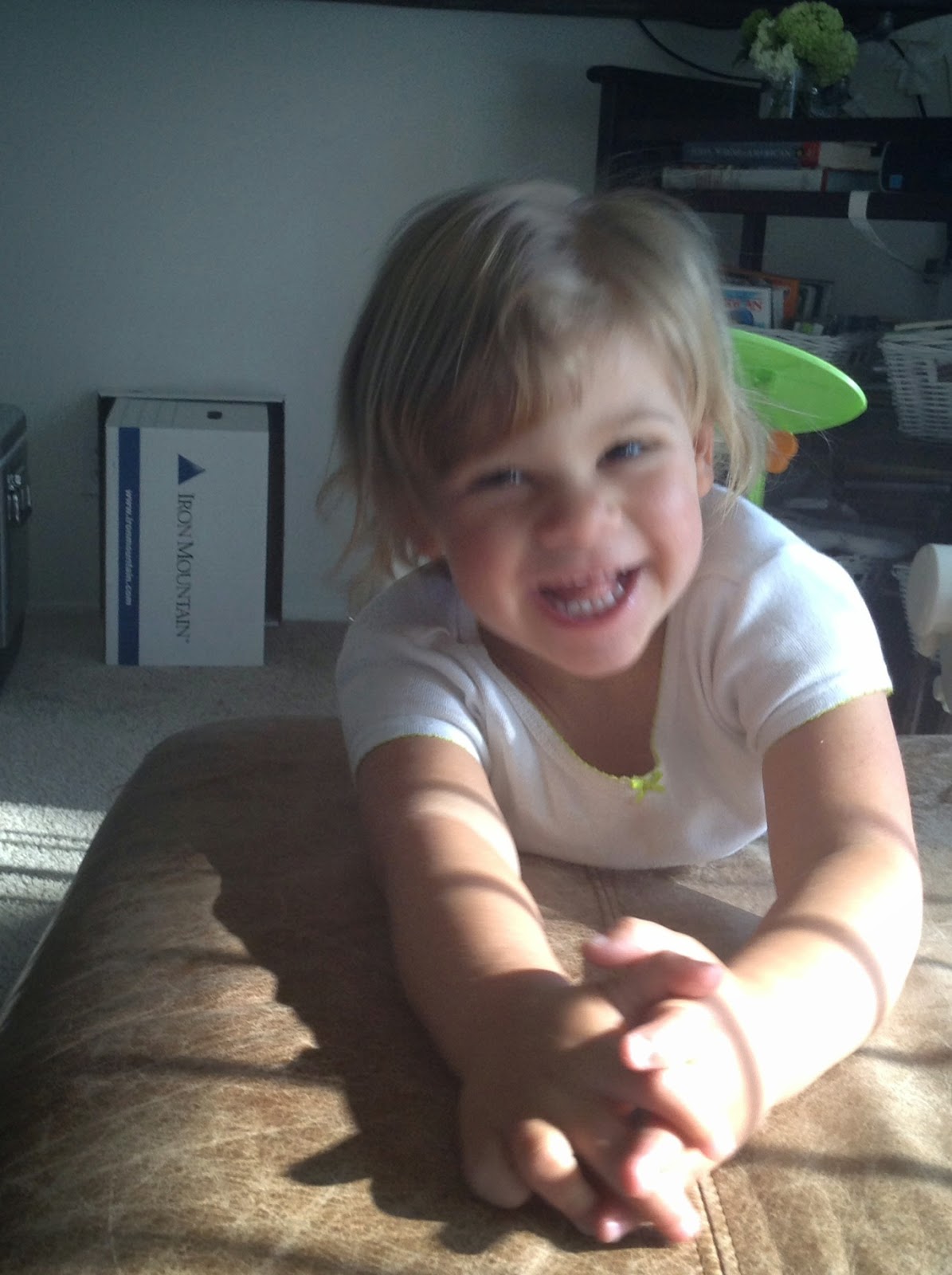 Case #2: A few weeks ago, the totally old man car that I drive around suffered a slight case of vandalism. Overnight, the license plate was stripped from it's poor little old man bumper and the gas cap was mysteriously clipped off for some unfathomable reason. We had the car fully checked out to make sure nothing sinister was afoot, but I blame adolescence and the mostly empty bottle of pomegranate vodka I found under the car. Anyway, Sean replaced the gas cap with a locking one. It is super impossible to unlock it. Utterly. Post gas cap wrestle, I informed Sean as much. He explained the complicated and innumerable steps (...one step...) that must be utilized to prise away said cap, and I was indignant that he hadn't explained as much before. He said, rather quietly, "I guess I thought it was obvious." From the backseat (again) Jordan let the tension settle in before all too sarcastically claiming, "It's ozzious, Mom."

Go to your room Jordan.

Which is nice because, freedom. But also not nice because breastfeeding has been my lone form of exercise. I've been eating just the same as I have the last 8 months but my muffin top reached Panera status in the last week. I guess it's time for that double jogger now. Because unlike Grace, I like to nurse my recovery (yes, pun intended, what do you think?) for about 8 months longer than she. Weston is 8 months and 5 days so once you crunch the numbers I think you should give her like a hundred clappy emojis.

Ok the kids have been sleeping a suspiciously long time now. I'm not complaining but I think I should check on their welfare.

But to recap: I've had three whole blogthoughts in about a month's time. Oversharing mom FTW.
Posted by Jessie Pope at 4:41 PM