Of Mice and Old Men

Actually I don't have anything to say about mice. I just wanted to do a title spin on the John Steinbeck short (depressing) novel. Unless you wanna hear about the time a mouse got us out of a matchbox one-bedroom apartment and into a shoebox two-bedroom for a mere $100 extra? No?
(When I was 1200 pounds pregnant we had a mouse in our apartment and I spotted it crawling out of a drawer in the kitchen and I threw an umbrella at it and kinda killed it but was too pregnantly squeamish to do anything about the corpse and Sean was at work so I called our landlady and she generously retrieved it all the while taking stock of my protruding belly button and then she asked what we were going to do with the baby when it arrived and I fumbled "ummmm, put it in the closet...." and she charitably offered us a two-bedroom for a small upcharge. And I said "Sold! to the nice lady holding a dead mouse.")

Annnnyway. Old guys. Old Guys Rule. Have you ever seen that brand? My dad has a bunch of their t-shirts. They tout the truth. I've just started realizing how much elderly gents crack me up.

It all started a couple months ago when I was in the store pushing Jordan around in her bumper-car-shopping-cart. This kid will never be satisfied by a carnival with the kind of swerving, sound effects, and sudden stops that I provide for her shopping pleasure. The point is, an oldie but goodie came on over the store speakers. Hey now I don't know about you, but I was a DIEhard 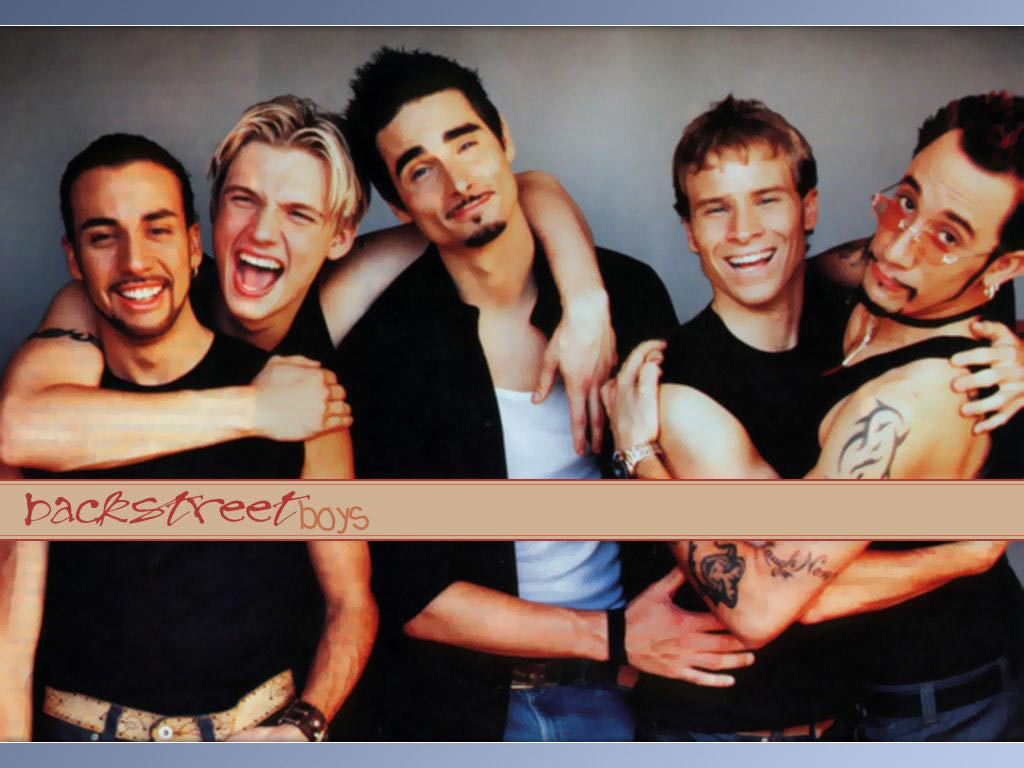 Yeah, yeah, I get it. This was all very appealing: 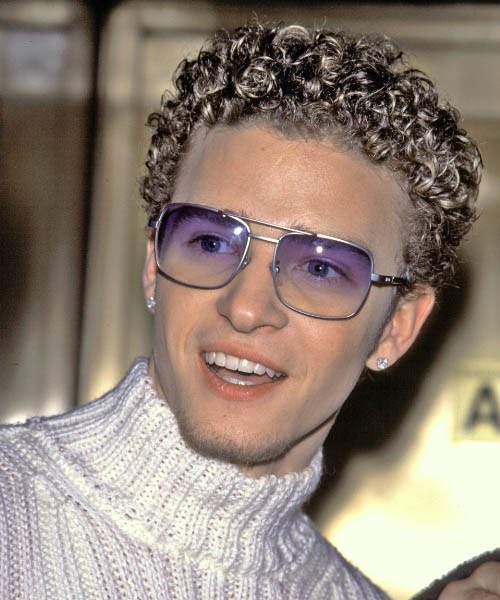 but excuse me if I think The Shape of My Heart is more evocative than This I Promise You.
(BTW...I had never seen either of those videos I just linked until now....ohhhh give them a watch. So deliciously 2000.) And besides, I feel like there was dissension within N*SYNC. Who was the real king? Was it Justin or JC?

It wasn't even one of Backstreet's ubiquitous upbeats that had come on in the store, it was More Than That (watch that one too. Nick's real into it. And Howie never does anything, he's just there.) So it was a slightly more obscure ballad, but someone was whistling every lilt and intricacy to the melody just behind me. I turned, expecting to see a comrade in arms: a woman my age with probably a couple kids by now, this simple tune transporting us both to a less complicated time of pimples and crushes and home phones and Backstreet solidarity. Nope. My fellow fan was an elderly black gentleman, white and gray around his temples, selecting his brand of bran right alongside me. Epic.

And now let's talk about these guys 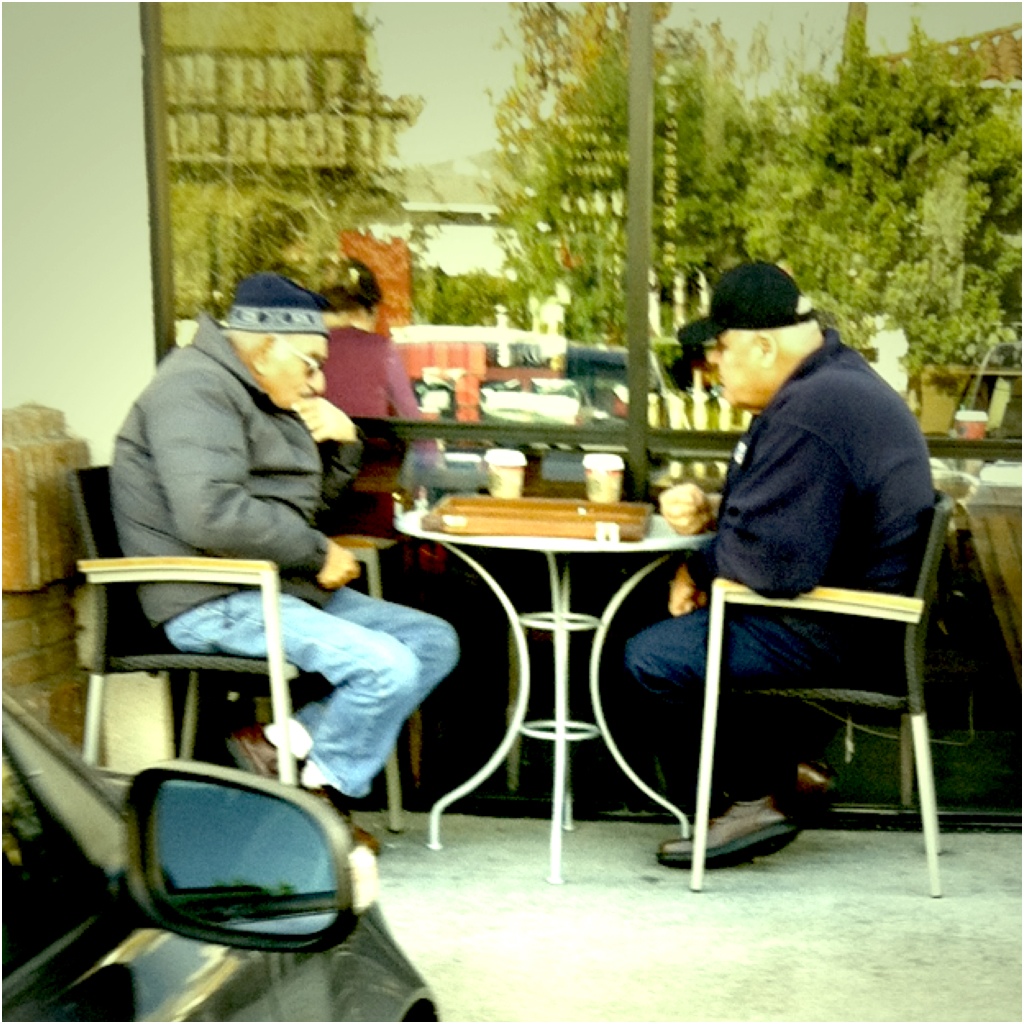 and not about how I way too creepily nabbed this shot.

These guys are at my local coffee shop EVERY TIME I GO. It's kind of just awesome. They're playing backgammon, and if it weren't for that slight deviance I would think I was witnessing that Pixar short where the old guy plays both sides of the chess board 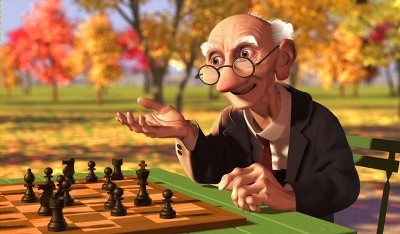 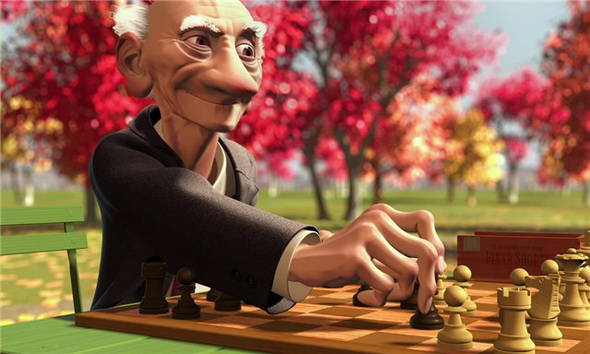 you know...except for there are really two guys at my coffee shop and not one slightly schizophrenic senior.

But how great is that? I love women's friendships too: you gals in pairs at coffee shops, restaurants, bars, malls, front porches, what have you. We're usually chatting it up though, sipping on our Pinot Grig or chai. Getting current on our gossip or the latest Revenge episode. Guys though... they're wired so differently. The competition! The love of the game! Who's the real King of the Hill! Who's the real Sheriff in Town! And apparently that never wears off, as evidenced by my oldmenfriends. From the time they're pushing each other off the monkey bars while in kindergarten to the time they're aiming a small ball at a smaller hole 3000 yards away while in retirement, it's all about the battle. It doesn't seem malicious either, it's just their form of bonding. 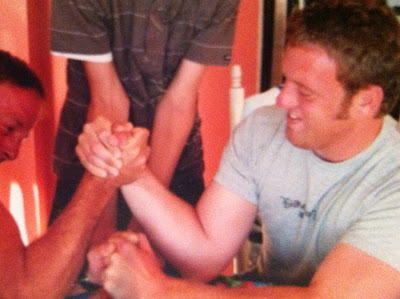 and I'll never understand it.
Posted by Jessie Pope at 8:20 AM

Email ThisBlogThis!Share to TwitterShare to FacebookShare to Pinterest
Labels: rambles...