My very beautiful and very smart cousin Karen is a steel trap. A STEEL TRAP. There I was about two weeks ago, unsuspectingly opening my mail, excitedly flipping through my Christmas cards when, lo and behold. Karen is expecting. Well that's wonderful! and not incredibly surprising; she got married in June and was basically what God had in mind when He designed mothers, so this was bound to happen soon. But when I found out she was expecting in three months, I squinted real hard, did some mental math, double-checked my work, and concluded that she held in her big news for SIX MONTHS. Color me stunned. The news of Jordan was burning a hole in my cranium by the time I was six weeks along, and I had only known I was pregnant for a whopping three.

The point is: Karen lives in a land far far away and was only going to be in town for Christmas for about two seconds so my friend Meg and I schemed to throw the most impromptu shower known to women. On a weeknight at 7 pm no less.

Feast your eyes on the fruits of our labors: 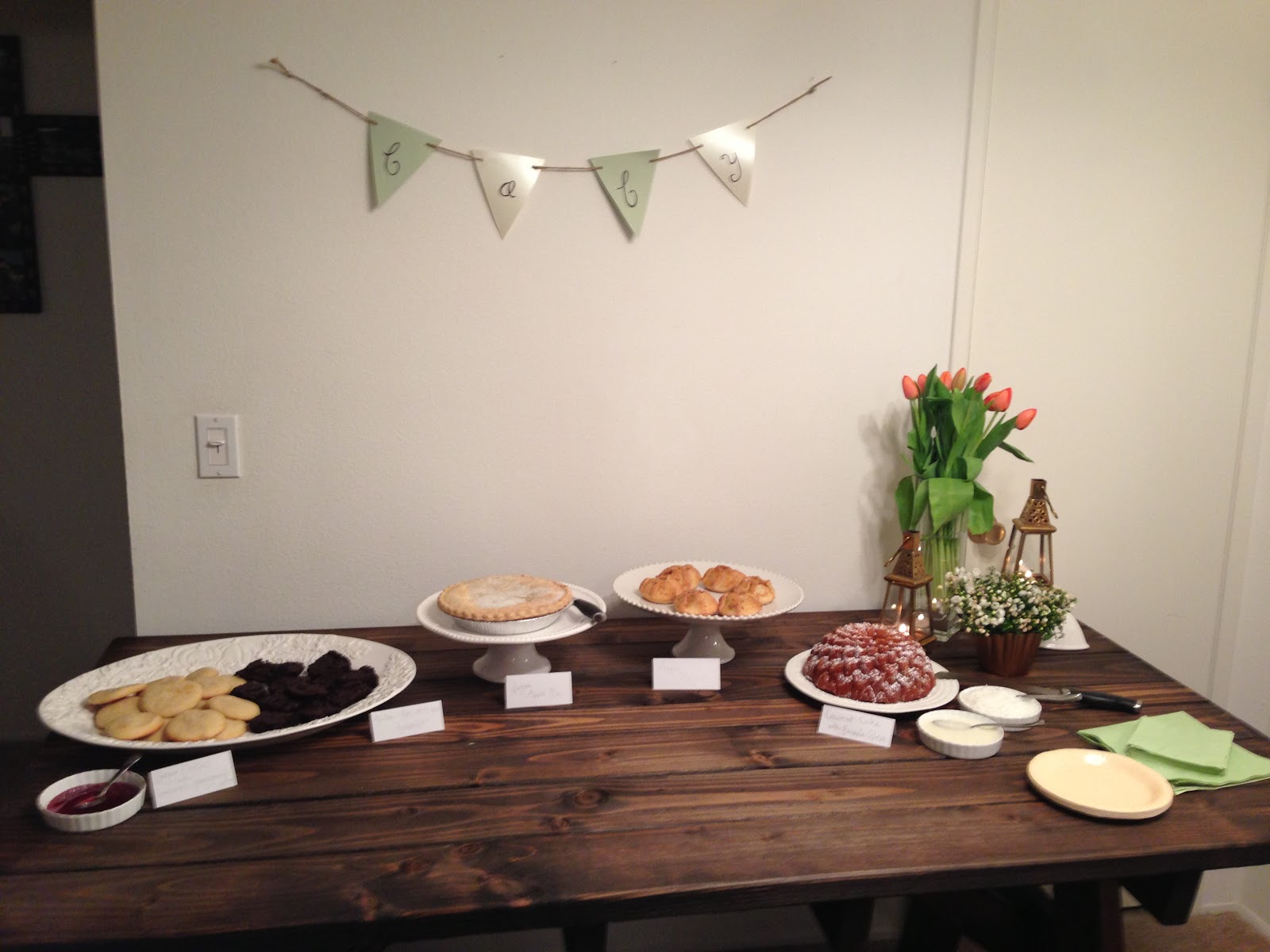 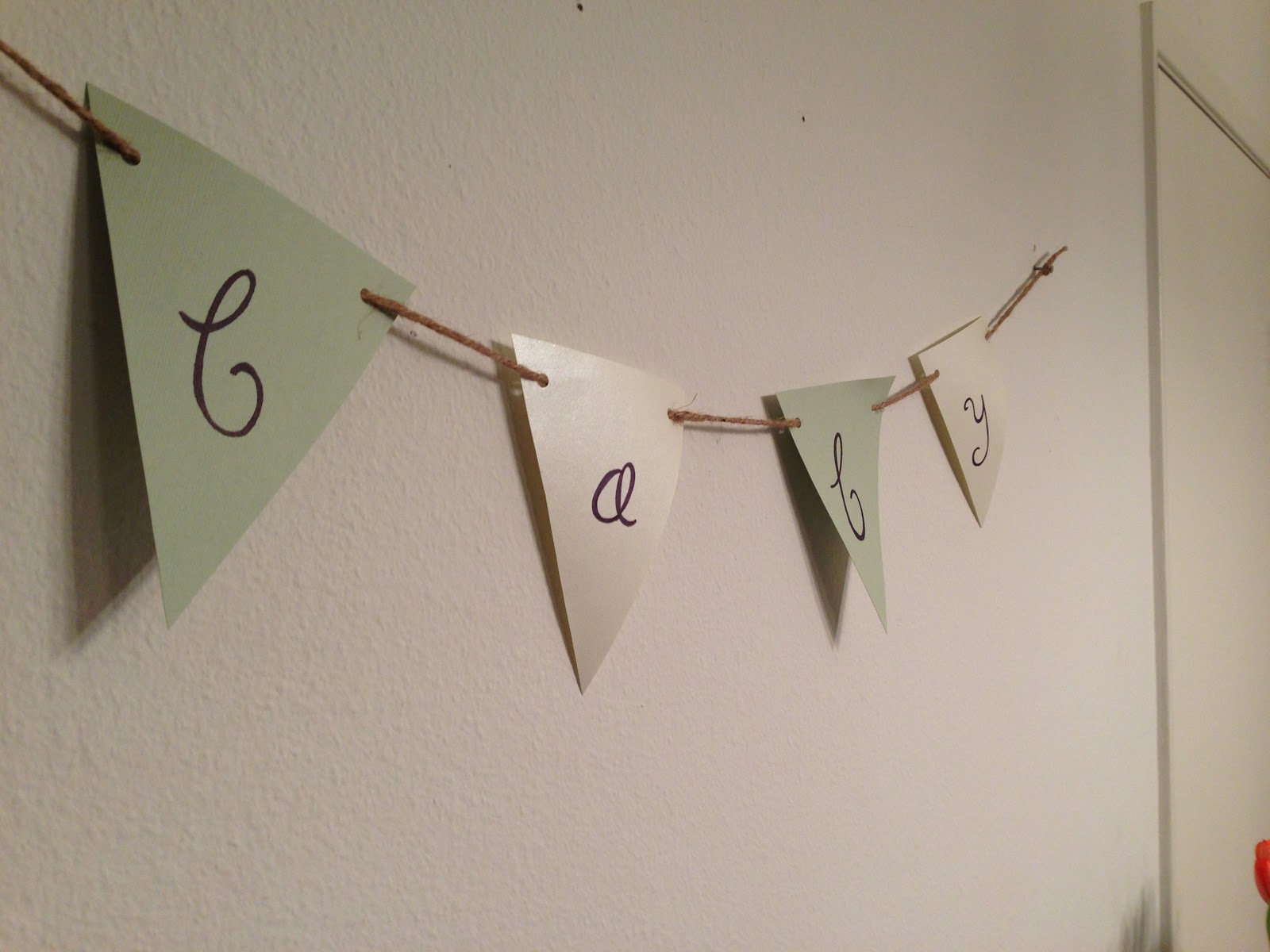 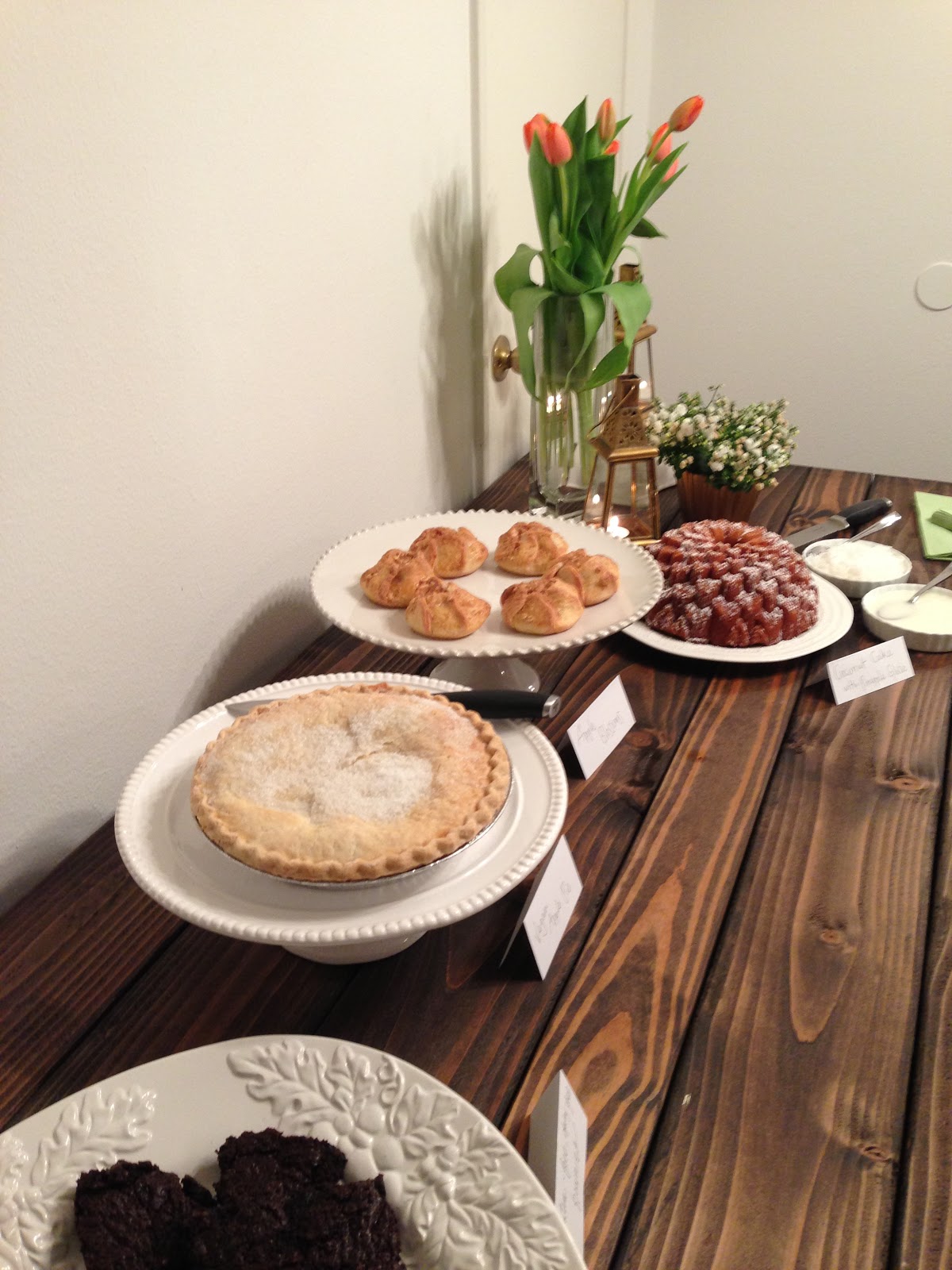 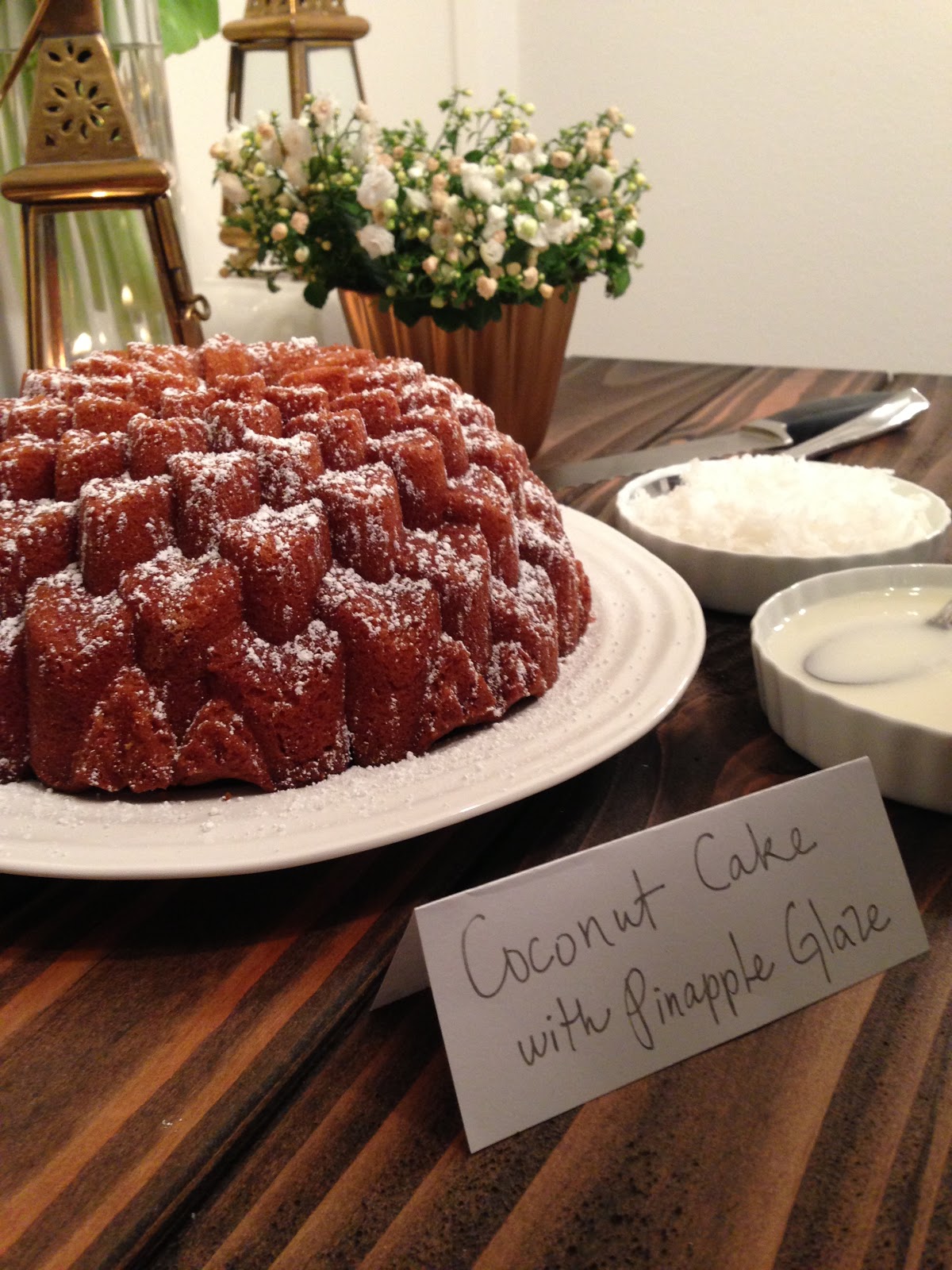 My friend Kimmy made that coconut cake and a) isn't it g-o-r-g-e-o-u-s? and b) it was more tasty than it was pretty so be very very jealous.
Meg did all the little signs because she has the best handwriting in America.

Desserts and hot apple cider: that's all I could've asked for when I was ginormously pregnant so kudos to Meg on that suggestion. Not that Karen looked ginormously pregnant, she was enviably tiny. I think by the time I was six months along I could've feasibly absorbed New York City and nobody would have known where to look for it.

So we declared Success! on lightning fast baby shower execution and additionally, it is very hysterical to have 15 women in a 250 square foot space of living room. We really know how to talk don't we? And not that quietly, and surely not unenthusiastically?

PS!! Do you love my new header? because I DO. It sounds like I'm tooting my own horn, but I assure you I had nothing to do with it. It was designed and executed by the lovely and talented  Parul Sharma. And if you like her work as much as I do you should check out my About page for her contact info, so that all of this can be yours. You know, except for a bit different as it pertains to your blog. THANK YOU Parul. I'm in love with it.
Posted by Jessie Pope at 8:30 AM

Email ThisBlogThis!Share to TwitterShare to FacebookShare to Pinterest
Labels: abode