I'm like a rolling stone because this is a music review. And.. Rolling Stone magazine reviews music, among other things. And.. my morning voice sounds like Bob Dylan. I don't know. I try too hard with my post titles.

A disclaimer, if you please: Sean thinks my music is boring. He thinks it's monotonous and contrived. It's because I'm a lyricist. That sounds super snooty, but what I mean is if the lyrics are compelling or creative then I can overlook a mediocre melody. But Sean doesn't consider any song appropriate for his 9000+ downloads library unless it has a Guitar Hero-worthy riff. So whatever, man.

A further disclaimer: I haven't updated my iTunes library since 2007 when I lost my iPod and never replaced it. I still listen to CD's that are stored in my ultra-cool big black binder that I acquired in high school. I still have Ace of Base in there. Any current tunes in my repertoire are found via my sometimes-kinda-like but mostly hatehatehate relationship with the radio, and are consequently downloaded to my phone to be cued up by Jordan whenever she's so inclined. (She can't say "cracker" but she can navigate her way to Flo & the Machine on the iPhizzle. This generation.) In the meantime, I can't figure out Pinterest. You can just call me Pam. Pam's my mom, whom I call a techno-tard (to her face - I'm not backstabbing here. I'm not a monster.) However she's stepping up her game, as she's learned to text - and it's super awesomely hysterical: she first needs her glasses that make her eyes look as big as that sketchy pilot's in Endless Summer II: 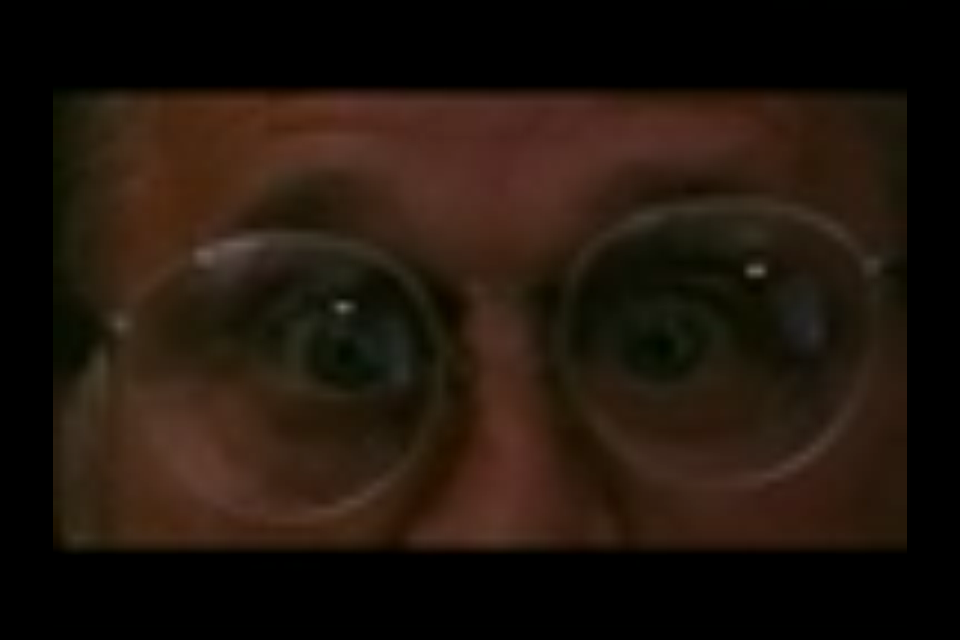 then she amps up the text size to like size 72. Then she texts with one finger.

Before you get the wrong idea, my mom's not old. She's actually super foxy.

here she is posing with her besties at my wedding, but I don't have their publishing permish so I cropped them.

See? She's in her prime. She's just blind as a belligerent bat and needs technical support logging into her email. So, she's me.

Back to the point after that Cal Trans detour (aka, unrelated, unnecessary and not going anywhere): before you take my advice, know that my all-time fave bands are CAKE, Guster, and even though it's not trendy anymore because they are so very popular, Muse has my undying love. Add a healthy dash of The Airborne Toxic Event and that stray song I can't get enough of, and you've just about summed me up. (btw that Little Talks music video is freaky so watch at your own risk. Guess they're trying to match the imagery to the neuroses the lyrics communicate?)

Lucky for you: I'm reviewing children's tunes. Oh yes, we only host the choicest post materials here. Let me explain though. I hate kids' music all kinds. When the adults sing they make their voices downright cloying (I'm thinking Barney here) and when the kids sing they get REALLY ENTHUSIASTIC and try to SHOUT YOUR EAR OFF. Up to this point I've been playing either a CD of French café tunes that my mother-in-law bought for me, or the classical station during Jordan's and my half-hour commute every morning. Mainly I'm trying to offset the earful I know she gets when Sean picks her up and tries to Van Halen our daughter into permanent stupidity.

It occurred to me that Jordan is not getting enough fun out of music. I'm lulling her to sleep and Sean's riffing her into derangement. I had another idea. If you're my age or perhaps a little older, I'll bet you doughnuts to dollars you listed to 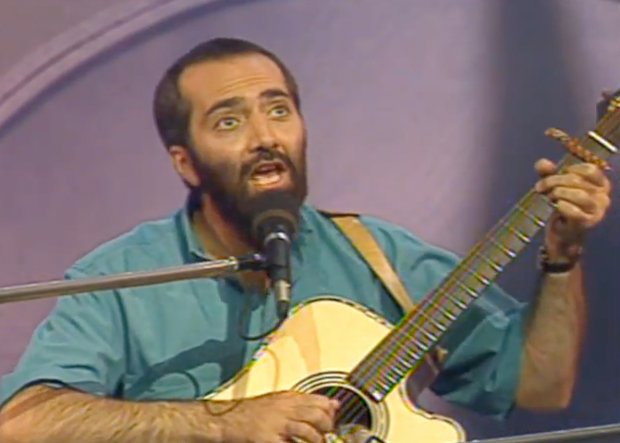 I grew up on him. His voice is clean and unobtrusive, and the acoustic simplicity of his arrangements make him easy enough to listen to that I don't feel the need to plunge my little compact car into an embankment. And Jordan loves  him. He has some songs that I know will be helpful in the future (like about sharing, which I know will produce an eyeroll from you all, but I really do think songs are an easier/less dramatic way to reinforce a solution) and songs that are helpful now ("Brush Your Teeth" comes with a little interlude of Raffi making "ch-ch-ch-ch-ch-ch" sounds - supposed to be brushing sounds? - that Jordan thinks is great fun to emulate, so it helps us through the HORROR that is teeth-cleaning lately) and songs that produce a round of clapping and the sweetest little heartmelting giggle from the backseat.

Basically, Raffi has the Jessie approval stamp. It's so funny how these songs that I haven't heard in 20 years came right on back to me. Sean and I were both singing along to the lyrics upon listening to the CD the first time through with Jordan. See? Sean grew up on Raffi too. Must've been an 80's thing. The best part was I found some of his used CD's on Amazon for a penny. A penny! You pay shipping and it comes to $2.99. Not a scratch on it.

Ok but I'm gonna wrap this up by saying: those songs will stick. I have a half-hour after dropping Jordan off in the morning to purge my cerebellum with radio trash. But somehow I'm still sitting at my desk at 4:30 and all I've got is

Endearing.
Posted by Jessie Pope at 8:30 AM