The Happiest Place on Earth

We took Jordan on her Inaugural Disneyland Adventure in Which She Could Participate. (We took her last year with my family but she sat complacently on my lap or slept soundly in the stroller for the duration.) Now, since I was very young, Disneyland has been a special tradition and we have gone as a family nearly every year. So imagine my excitement in taking my young daughter, at an age that she might be excited at the wonder and magic and timelessness of the World of Disney. Cartoon characters walking around waving at her, rides perfectly suited to her [im]maturity level, fantastic treats and sweets at every corner. But this was where the Unpredictability of Ms. Jo struck again.

The first half hour or forty-five minutes of our trip have been blocked from my memory due to a handy coping mechanism in my frontal lobe. Once we got Jordan on to her first carousel ride, she seemed to better understand the reason we were here (to make her every wish come true) and decided to play along to a certain extent. She wouldn't draw the attention of every guest, employee, and counter-terrorist unit in the surrounding area, but she became the Queen of Unimpressed of the Kingdom of Stoicism. 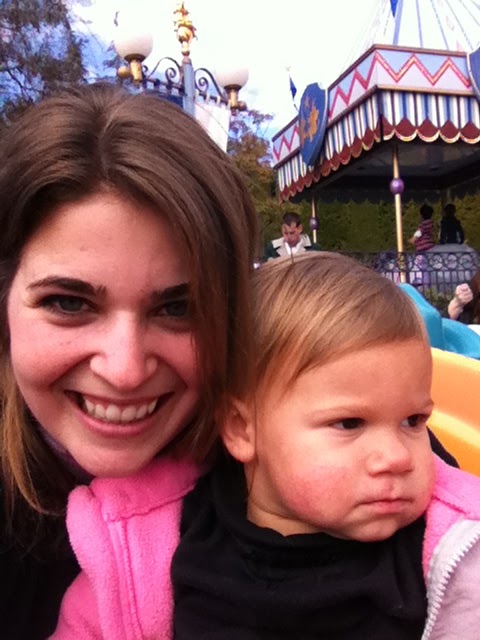 Here we are on Dumbo. I'm so excited. I've been talking about taking Jordan on Dumbo for weeks. My siblings have all dibbed the other rides they were yearning to take Jordan on, but I played the mom card for this one. This one's mine. And look. She looks like a disinterested bulldog with her jaw set and her jowls puffed. 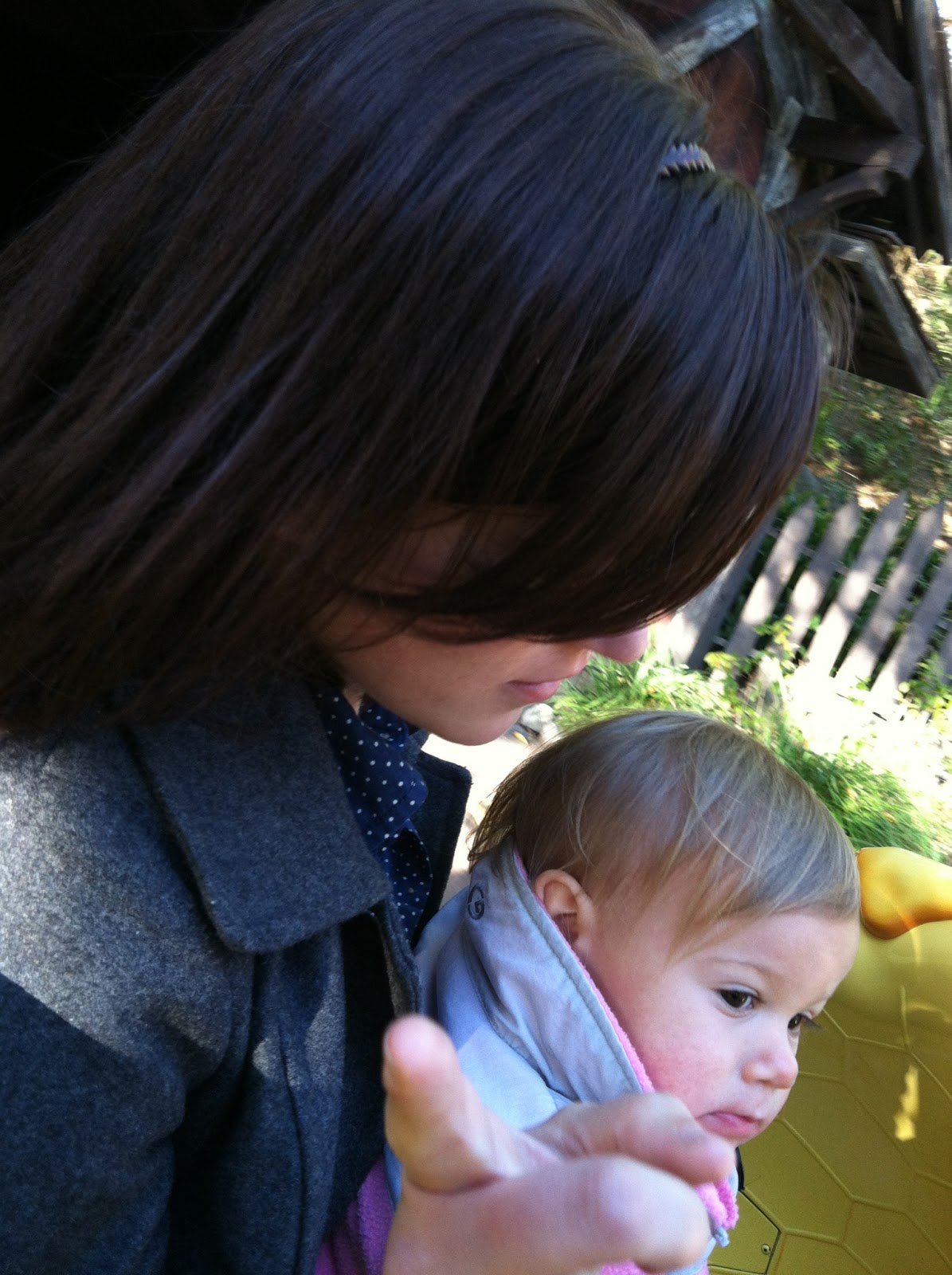 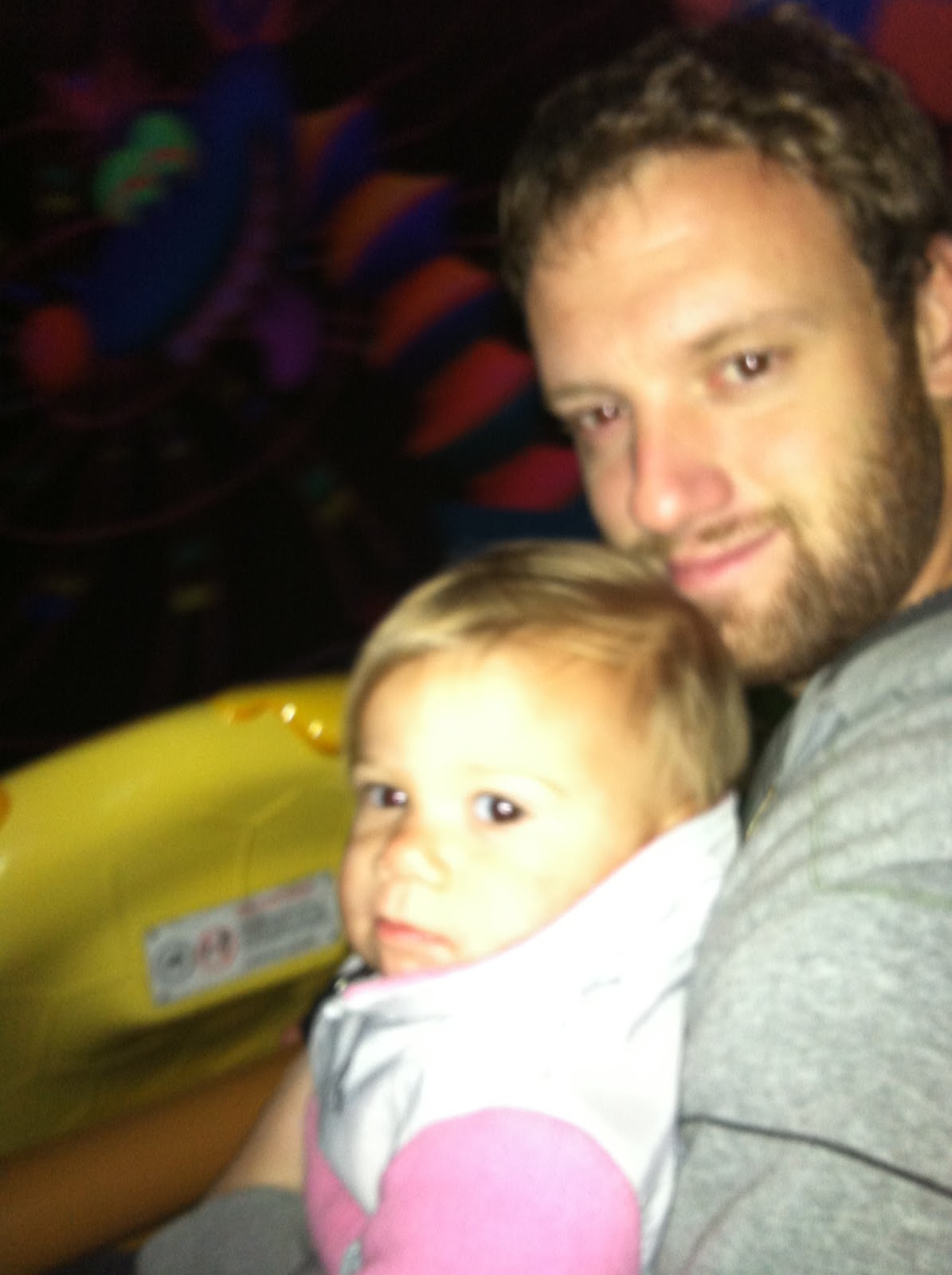 Here's Winnie the Pooh's Blustery Day. We did this one twice because my sister, who accompanied Jordan on the first round, proclaimed that she actually squealed when she saw the Heffalumps and Whoozles. A reaction? We must try again! But as you can see her facial muscles are firmly set to bored.
We took a break from rides in favor of puffy jacket, stroller, and attempts at arousing her visual senses with a walk through the New Orleans sector between Frontierland and Adventureland. 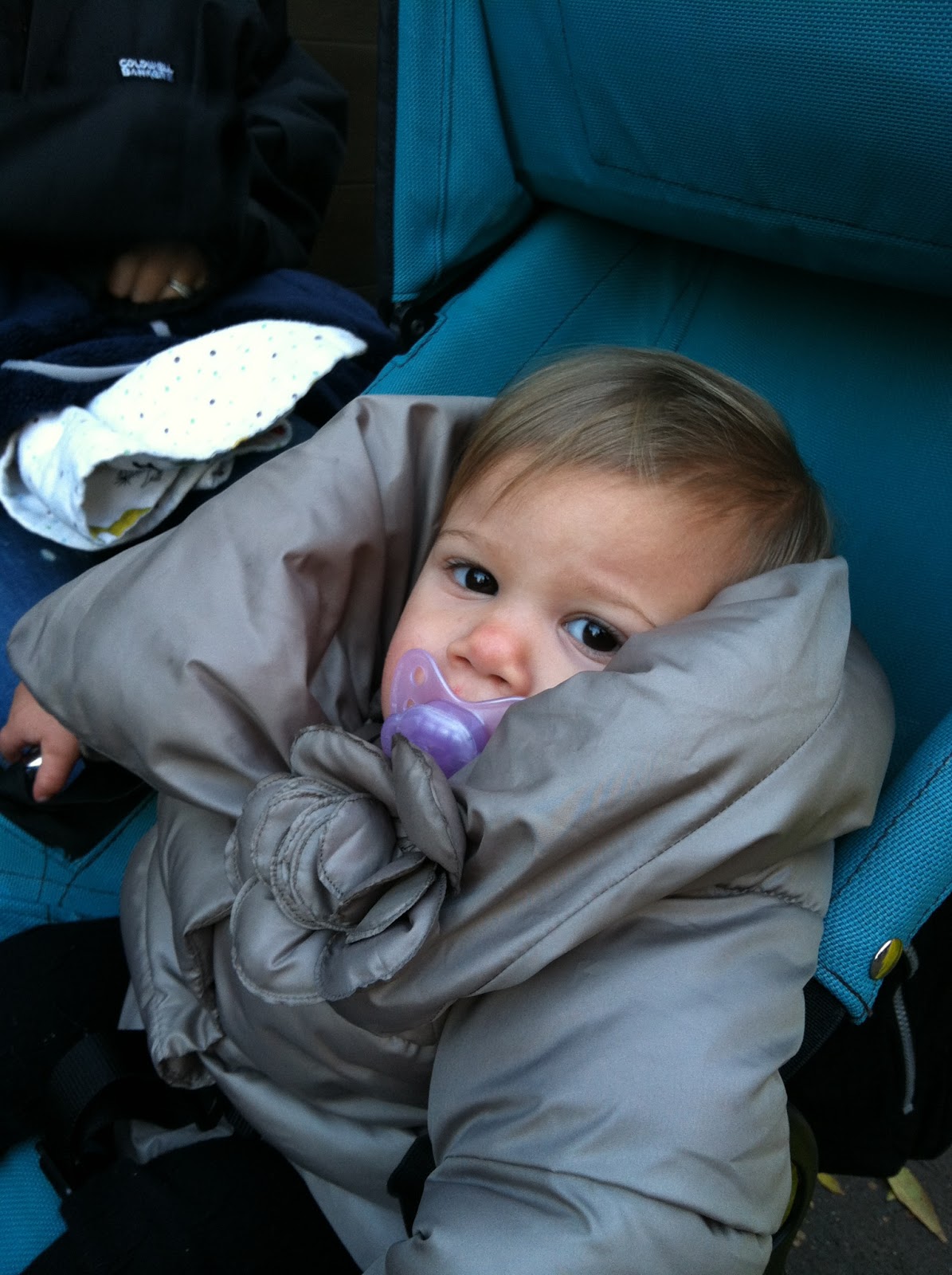 "Have you considered perhaps you're trying too hard, Mom?" 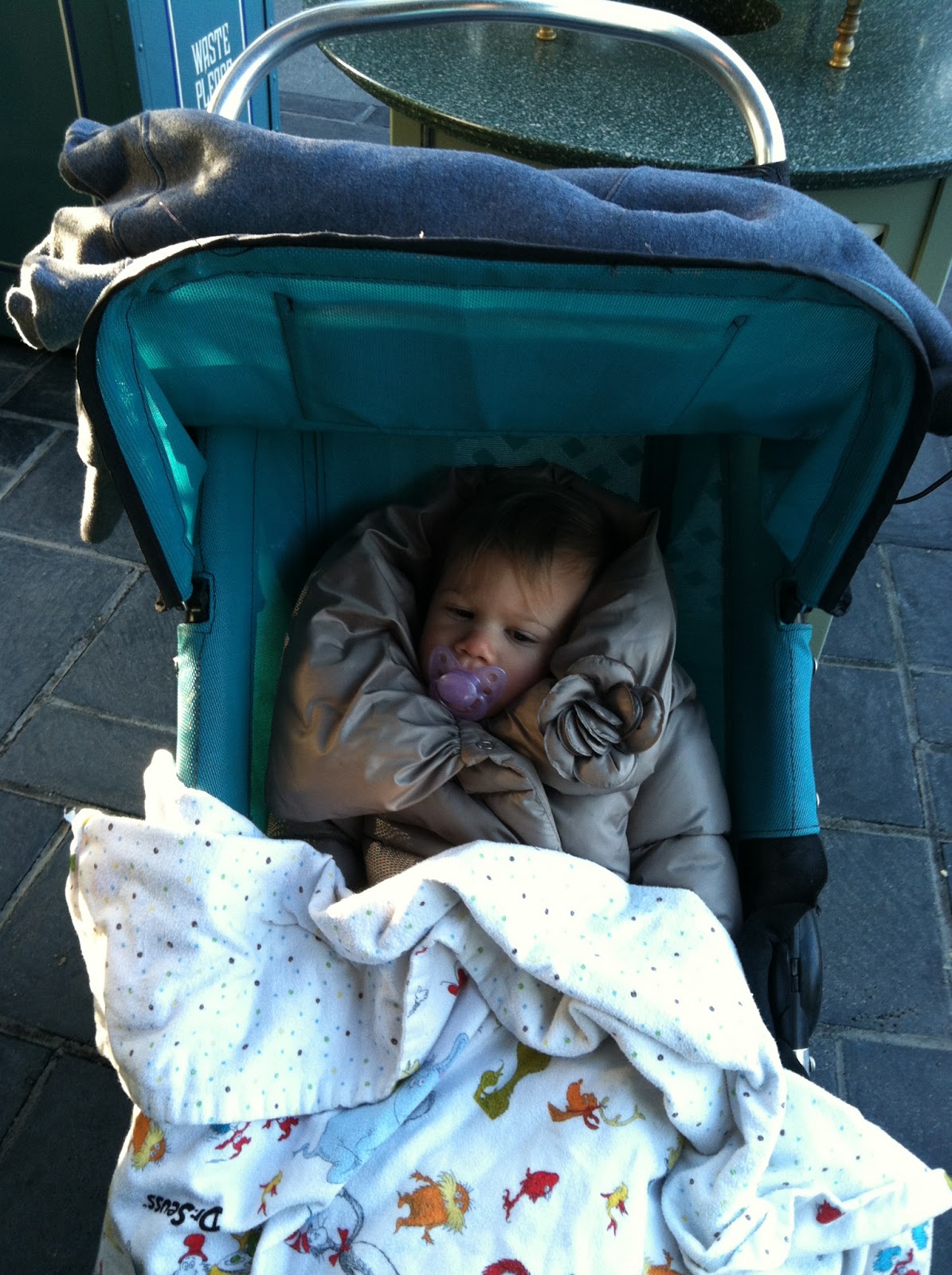 "This is the worst day of my life."
By nightfall we attempted the carousel again because it had brought her out of her fits and tantrums earlier, so perhaps we might acquire a smile or the shadow of enthusiasm this time? 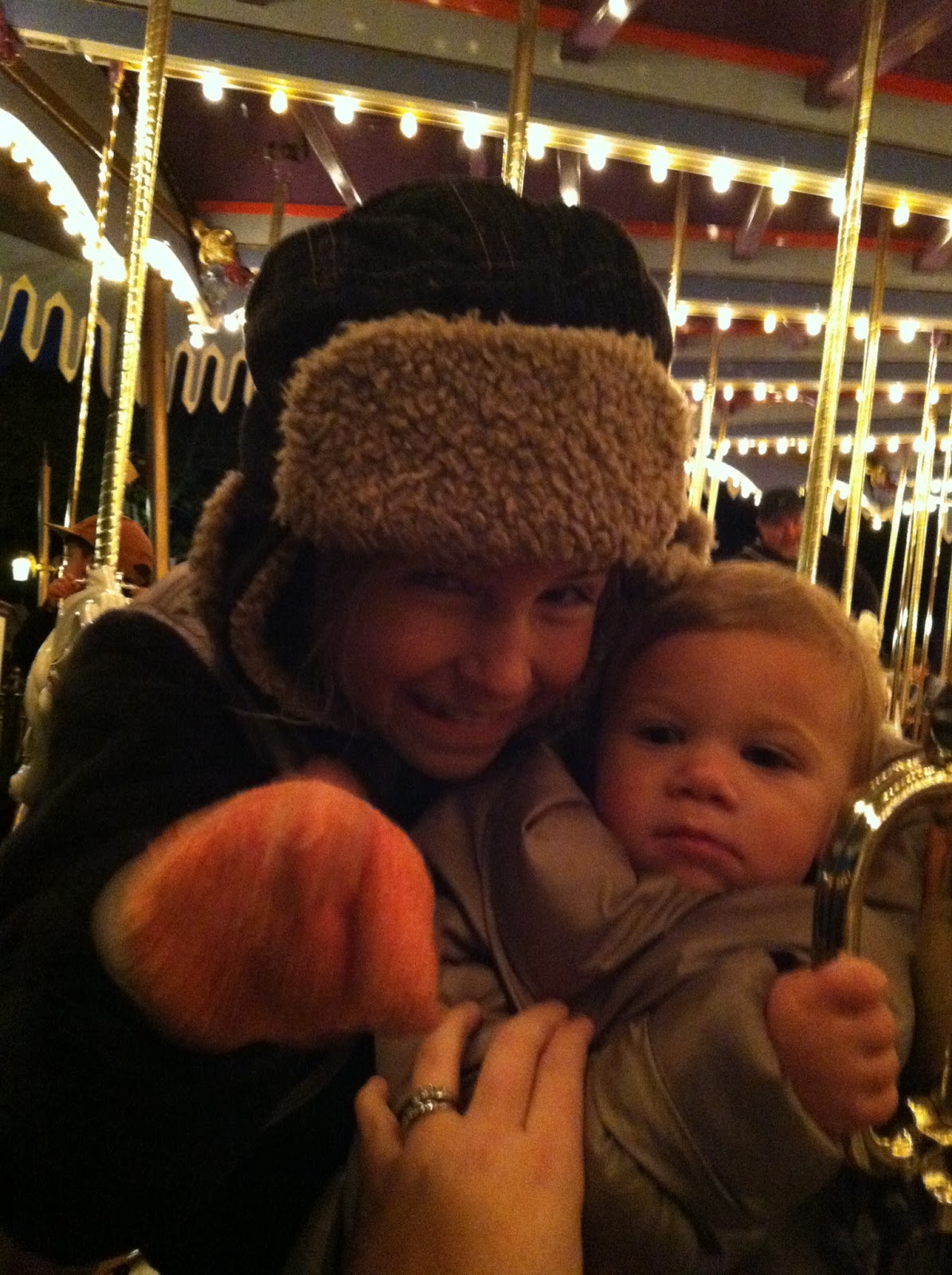 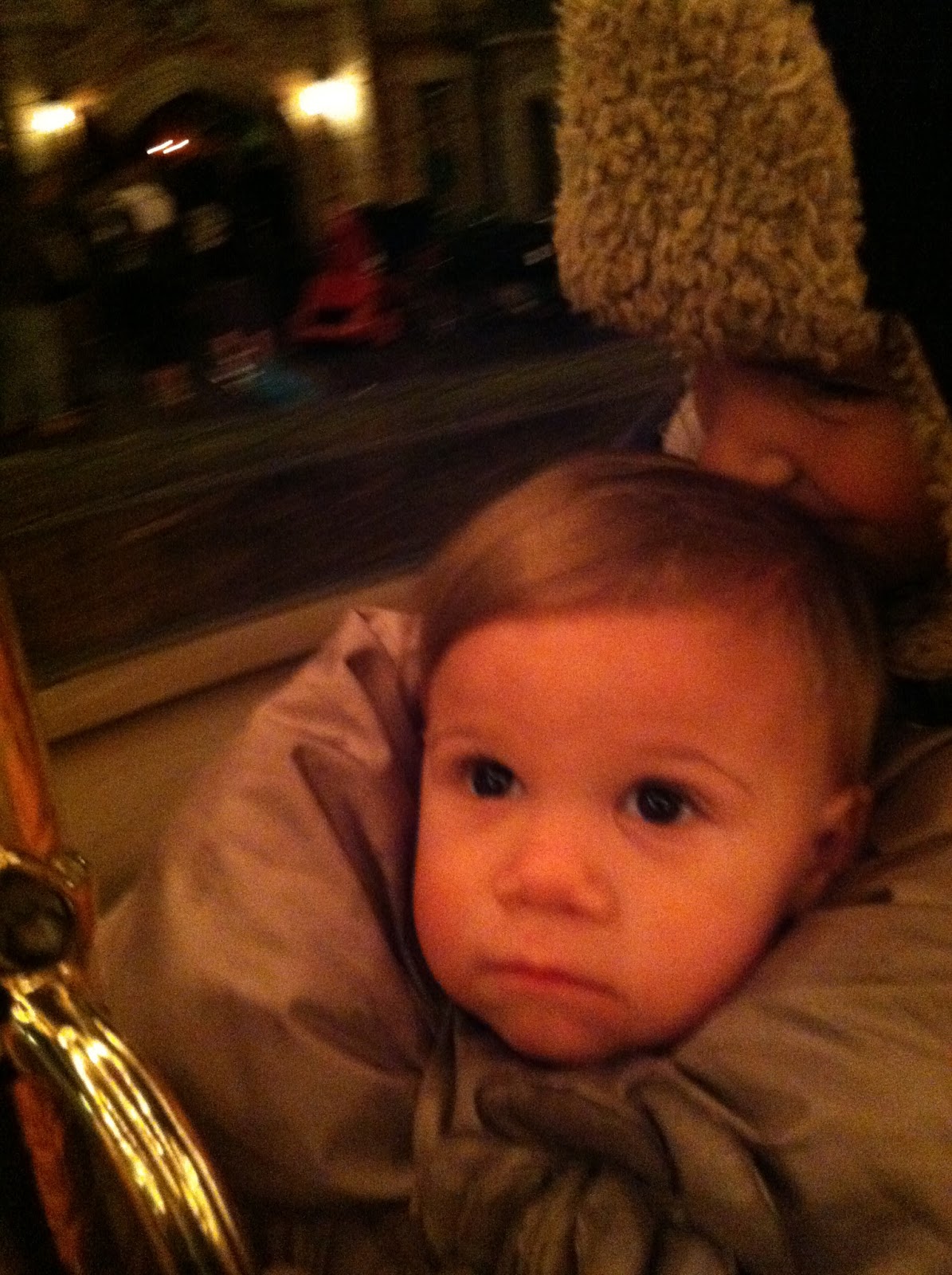 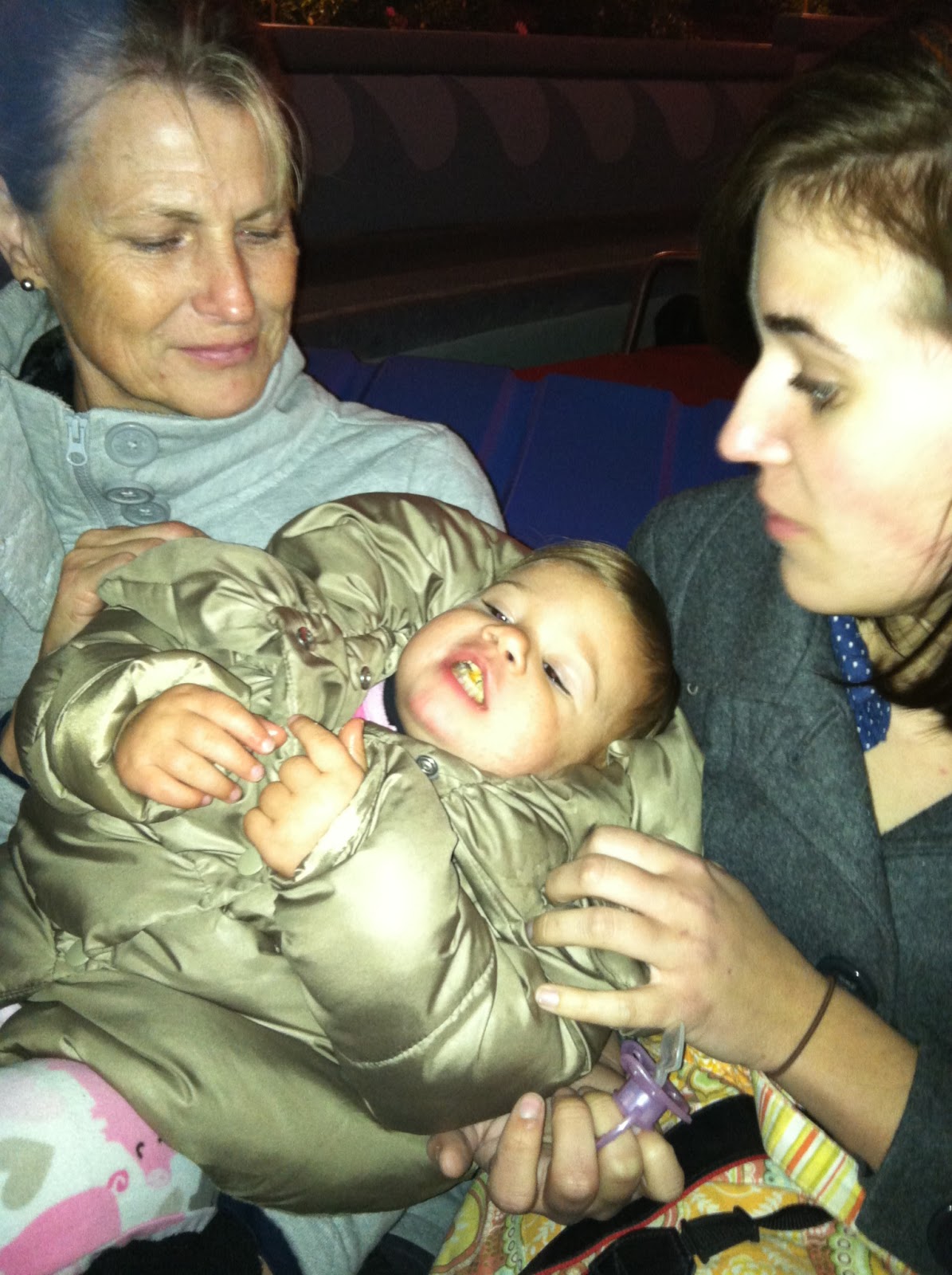 works every time.
If I'm being honest, I happen to know Jordan had a....at least tolerable time because she would sign "more" after each ride we went on. For whatever reason, a normally bubbly Jo with a zest for a good time, particularly when everyone else is enthusiastic (as we ALL were for Disneyland) decided to be that guy. That guy that throws a wrench and a screwdriver into your best laid plans.
I'll take her next year, I will. She's gonna love Disneyland if it's the end of me.
Famous last words.
Posted by Jessie Pope at 9:25 AM