it's one of those mornings. Such was Friday.
It was my fault really, I didn't recognize the signs. If I had, I would have embraced the inevitability of downward spiral.

I woke up voraciously hungry, which is rare for me, and we were out of zucchini which is my usual brekkers. Bust. Ok.

I heard Jordan complaining immediately upon waking - also a rarity, as she usually likes a good half hour of alone time in the morning (for singing her rendition of the Indiana Jones  theme song - no really, Sean's been teaching her - and chatting with Sockmonkey and flipping through The Napping House) before I invade her privacy. But that's alright, I like to hang out with Jordan. I'll just whip up her morning cup of milk and we can commence with our chillfest.

Nope, I forgot to get milk after Sean drained the last of it making his 27th latte of the day the previous evening, with his new Christmas present IncrediCoffee 2000. (I don't really know the name of the machine so I subbed in this badass title. Patent pending.) And I'm pretty sure Jordan is going to notice my not-sly waterbaba decoy.

I walked into the smell of a thousand souls shedding their searing tears for the demise of the universe in The Event that was Jordan's Diaper. So much for that onesie. Well, the contents of the diaper that had found their way up her back nearly to her rat-tail explained her unwillingness to play in her cell for any duration. Mystery solved.

After a wipe bath - and to offset the distinctly unfeminine affair we had both just been party to - I dressed Jordan in a tutu, because ridicule is my favorite. And because she can say "tutu" which is super entertaining. But I'd regret that decision in a minute too.

Jordan didn't want to be Ms. Independence of the Kelly Clarkson variety this particular morning, she opted for the Clingy McSaranWrap persona. Hey ya know, that happens sometimes, and while it slows my preparation-for-work process, it's kind of funny getting ready with her sitting on the counter while I pretend to apply mascara to her lashes and pluck her eyebrows. She tried a sneak attack reach for the open glass container of homemade bath salts that Kimmy gave me for Christmas, so I quickly latched the lid back on, narrowly avoiding a catastrophe that I didn't have time for.

Upon finishing our makeup routine I lifted Jordan off the counter, and what oh what  should her tutu be caught in but the huge, heavy, breakable Ball jar of bath salts. I freaked out until I realized it was very tightly caught, and did not detach and shatter all over the bathroom floor, but swung whimsically from Jordan's delicate ensemble.

I really need to amend my resolutions to be headed up at the tippy tip top with: THINK BEFORE YOU ACT JESS. I made a feeble and ill-advised attempt at athleticism in unlatching the lid with one hand while keeping Jordan pinned to my hip and yep. You guessed it. The whole flippin' thing clunked to the floor. Bath salts broke into a thousand pieces and they all went skipping about, and that was the beginning of fairies.

The jar did not actually break (shout out to the patron saint of clumsy), but I was on all fours scraping my beloved peppermint-scented granules from long since deserted corners of the bathroom, while Jordan berated me for my audacity in releasing her from my grasp, all while I should have been ten minutes down the freeway.

Wouldn't ya know it? I was slammed nearly to the degree of death by drowning in work, and got a particularly rude phone call from the condescendingest* of condescending customers. It was nearly 5 by then and this dang day had me itching to be sarcastic and passive aggressive right on back to him, but that's not what they pay me for, so I merely added an extra layer of saccharine to my already Mary Poppin'd professional voice. HA. That'll show him.
*fake superlatives make me feel better.

Now just look at that: I made it all the way through this much too complainy narrative with nary a snapshot and aren't you proud? However, it's affecting my psyche so I'm not going to let you off the hook. 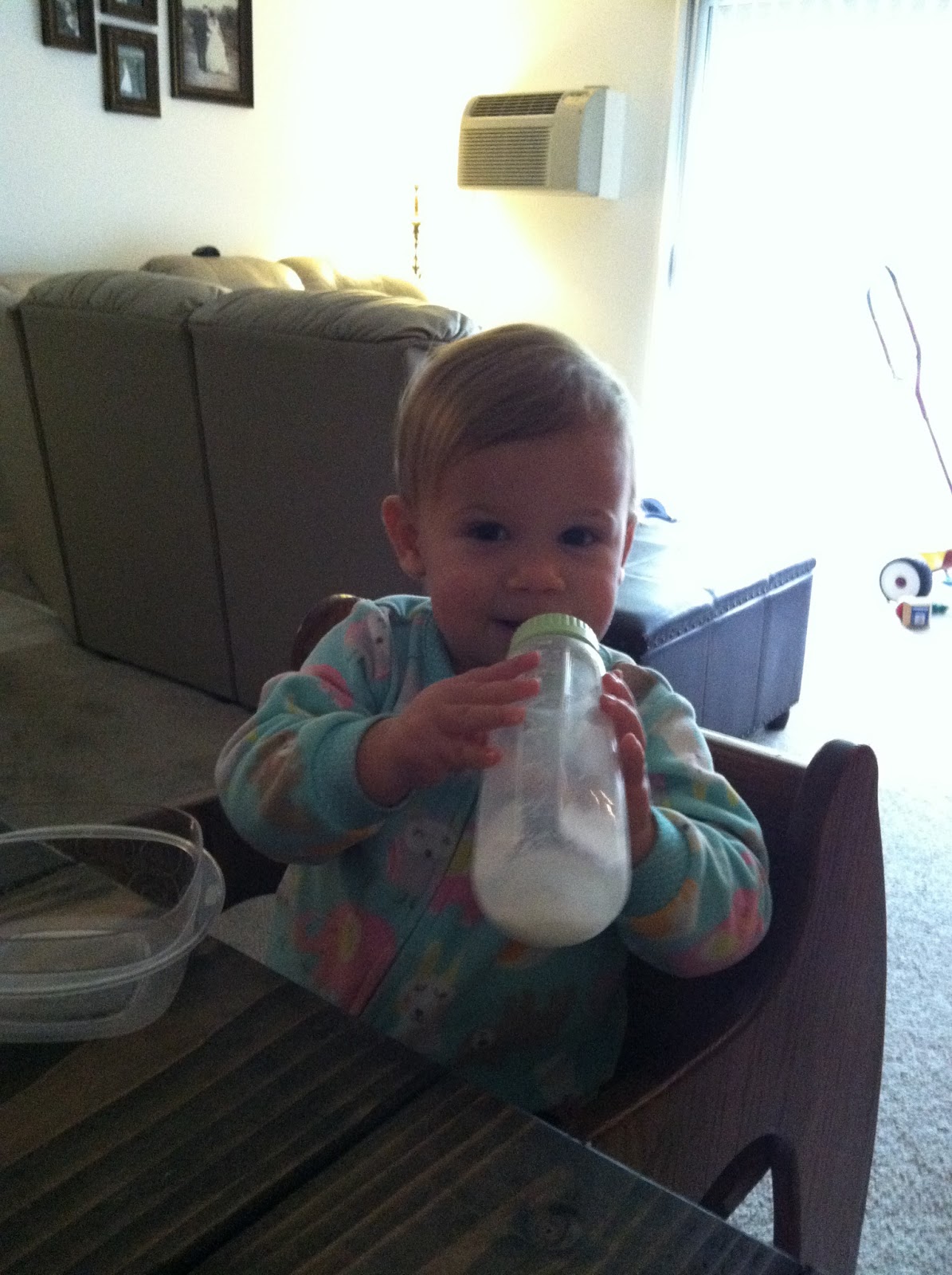 Jordan's gleeful leer (gleer, if you will) is clearly enunciating:
"You can be kinda dumb sometimes, Mom."

No Jordan. Fridays can be kinda dumb sometimes.
Posted by Jessie Pope at 7:52 AM